It still makes my heart skip a beat to be told to report to the principal’s office.

Even if it’s really only the Principal’s conference room…which is where we met to kick off the 24th annual HSFI Career Day this morning with Principal Daryl Blank and a strong cuppa joe. The nearly 50 guest speakers from a range of careers then reported to their “classrooms” for their morning mentoring sessions with the students, among them Karen Alberg Grossman from MR Magazine, Tommy Hilfiger’s Kim Friday, designers Sal Cesarani, Brooks Brothers’ Brian Lane, and photographers Jamie McCarthy and Michael Loccisano from Getty Images. 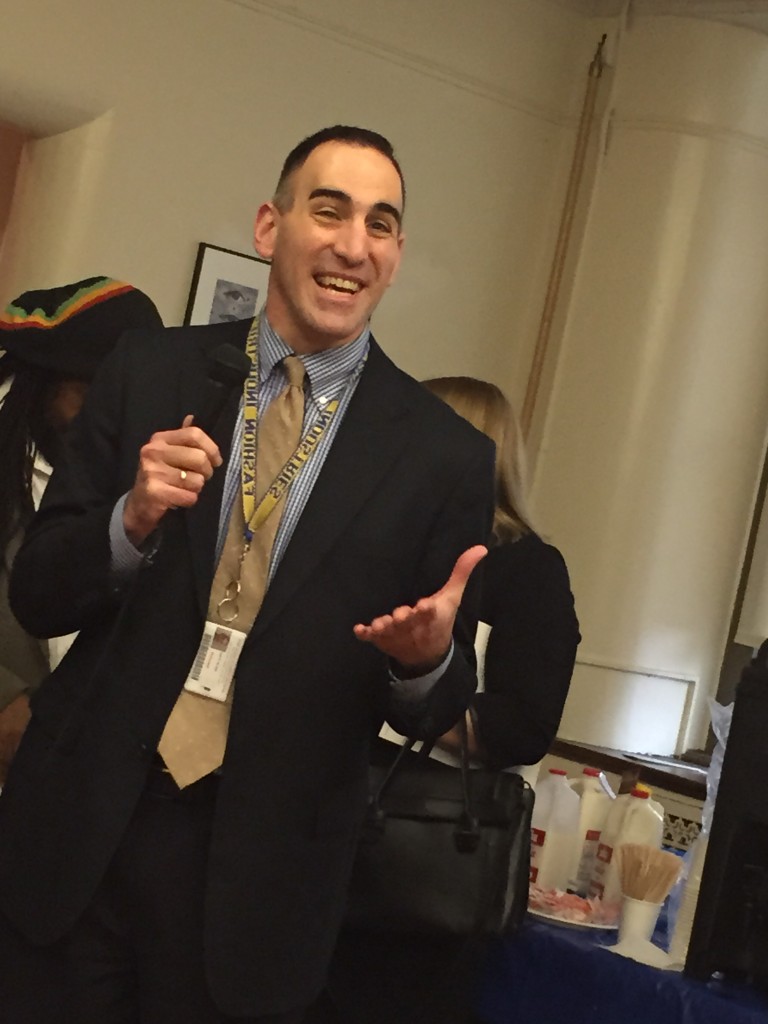 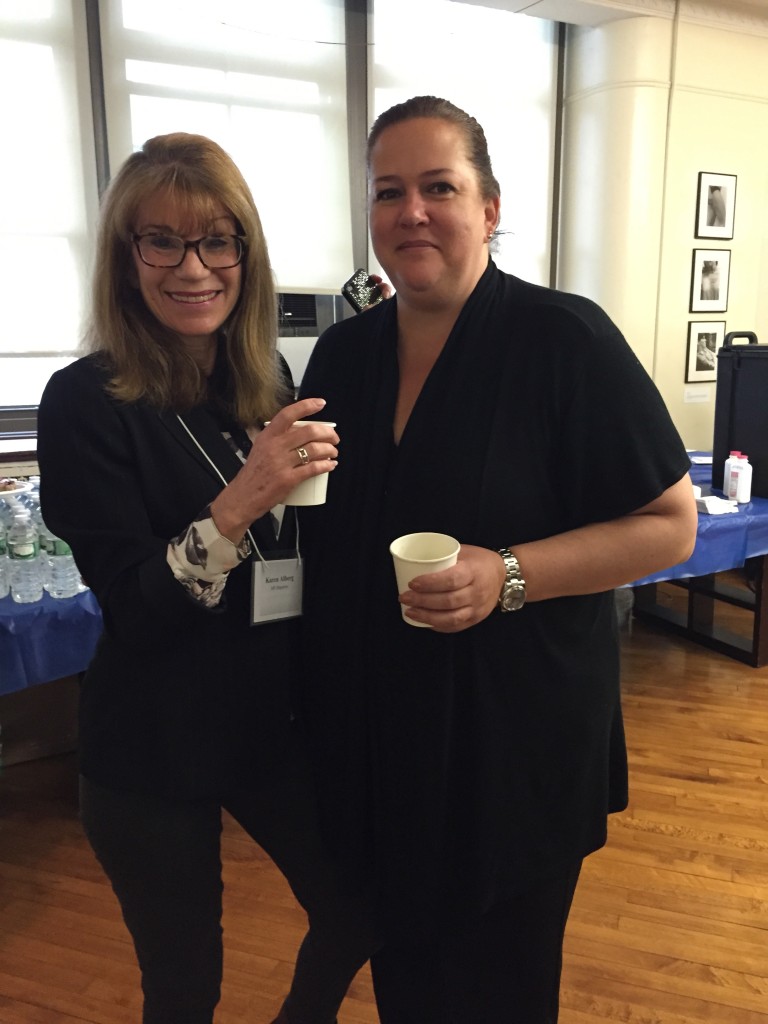 Get ready for a tomorrow’s crop of fashion bloggers and designers….this is the new crew of fashion’s Next Gen’ers! 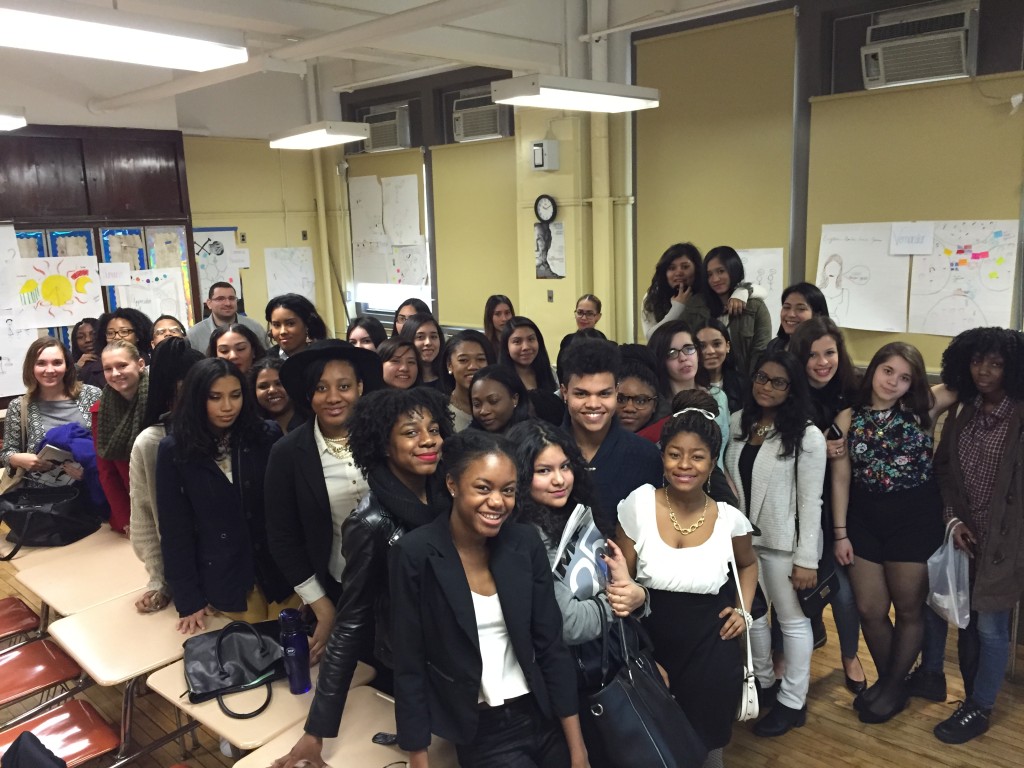 Fashion’s next generation, sessions one and two! 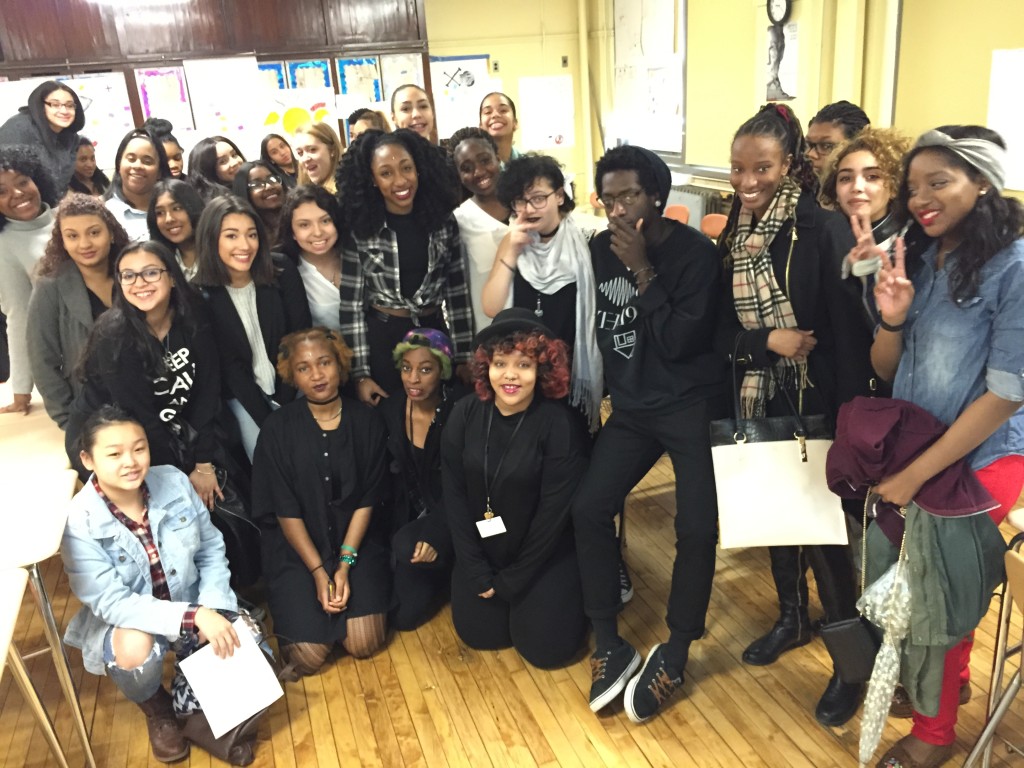 I loved the kids in my two groups. 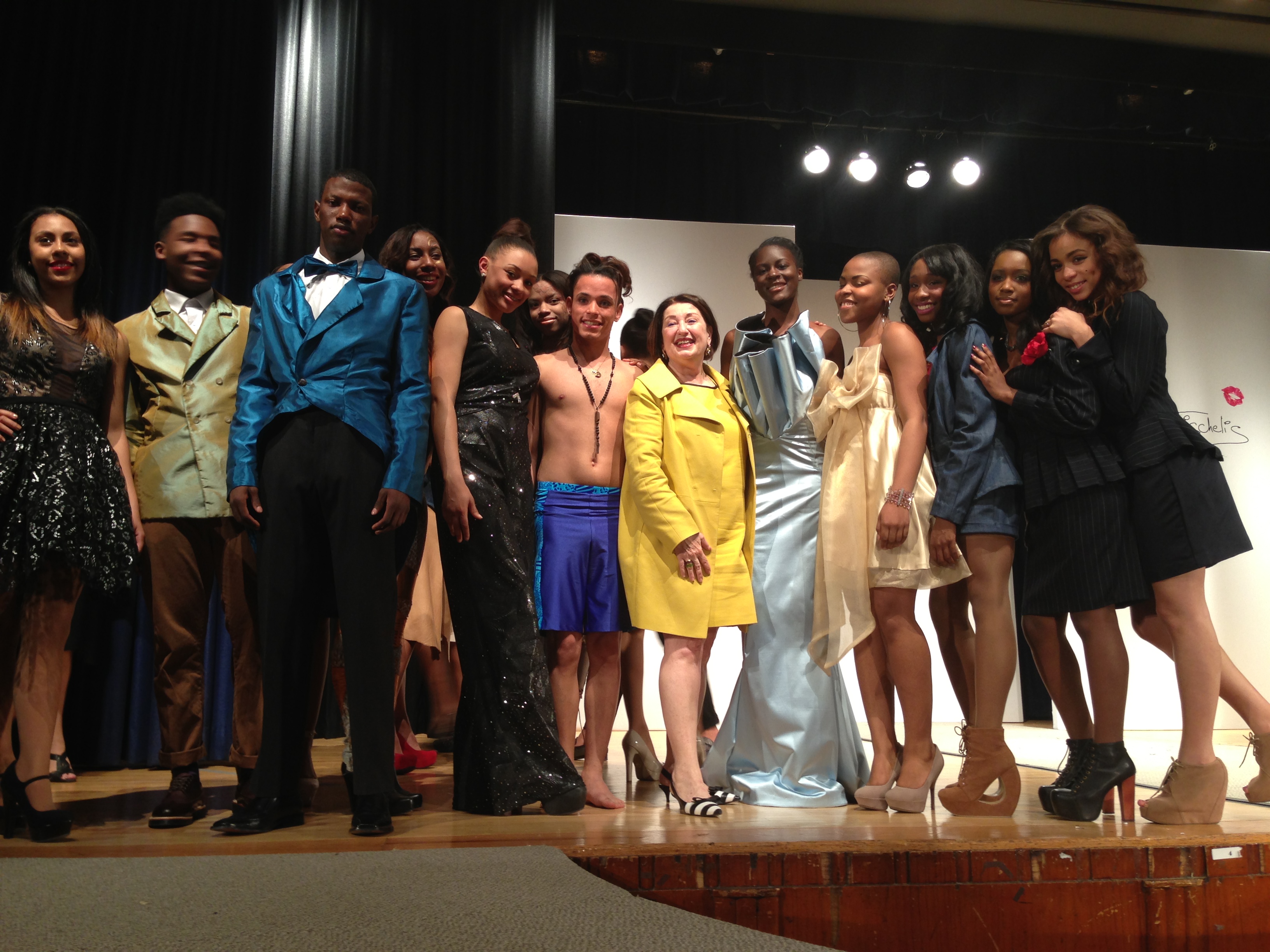 It’s always enlightening to be part of an event at the High School of Fashion Industries, whether it means speaking to the students and having them ask questions of you (I’m thinking Career Day here, which I have so thoroughly enjoyed being a part of for the past two years, thanks to friend and colleague Tom Julian). Or when said event involves catching up with colleagues at an industry cocktail gathering, viewing a clever student fashion show and celebrating a legendary industry exec. Triple whammy! 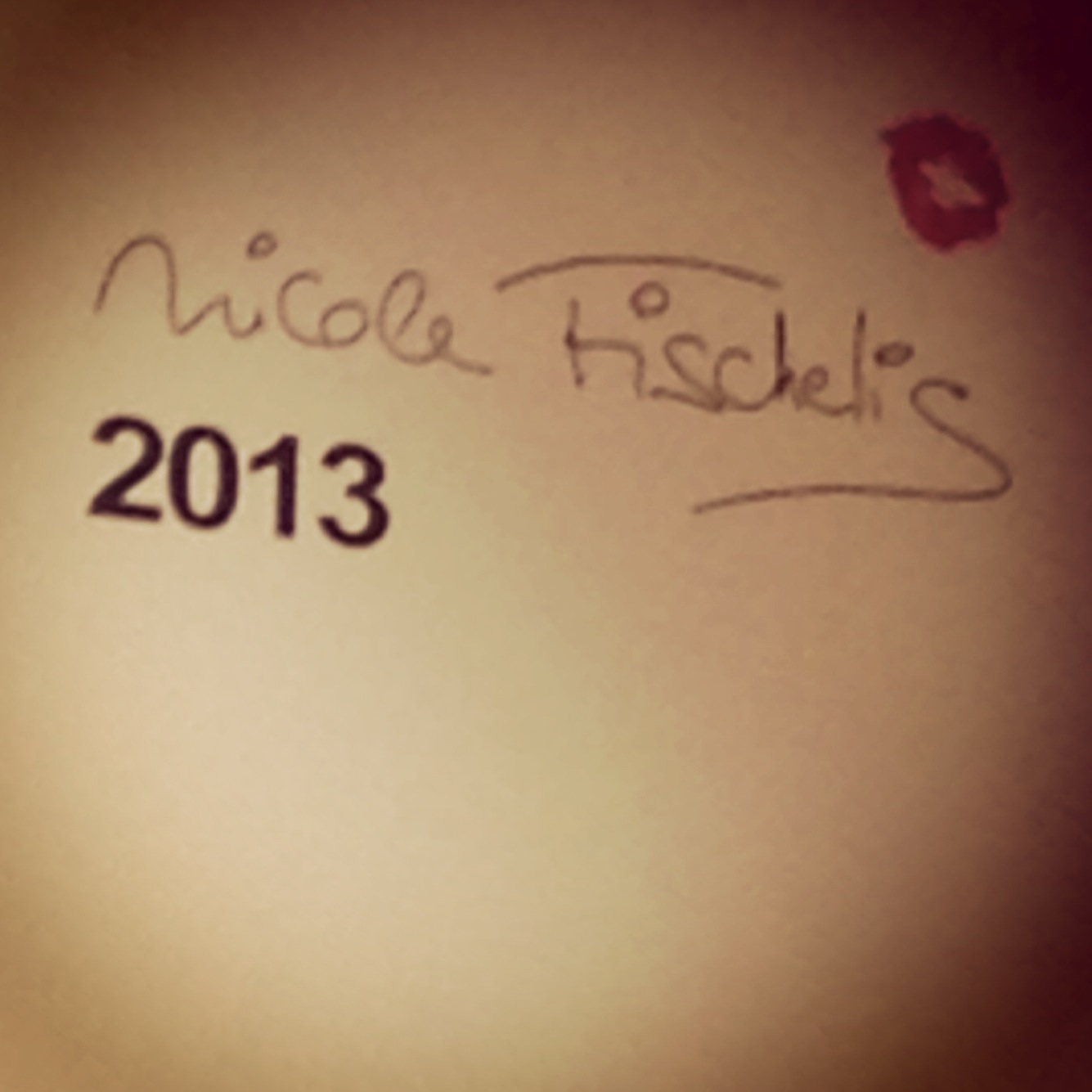 We caught up with new and old friends prior to the awards ceremony and show, as fashion executives, designers and consultants packed the hallways of the high school. 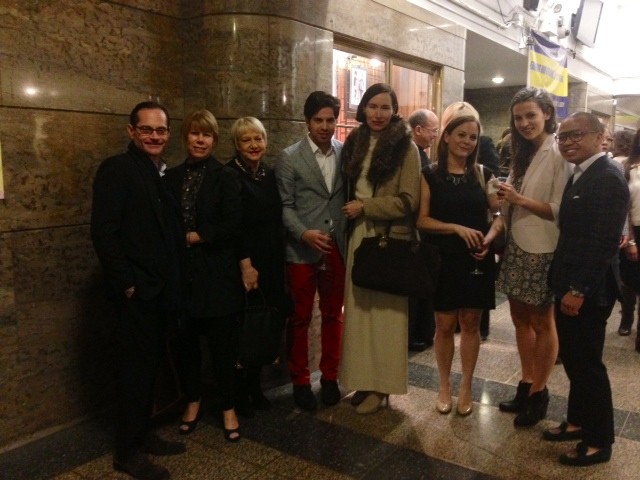 Offering wardrobe choices for super heroes punctuated by those for prom and beach, with some creative outerwear and sportswear in between, the student designers gave their best on stage during their end-of-year fashion show. All while waiting – and working hard – to become the next great known name in the fashion industry. 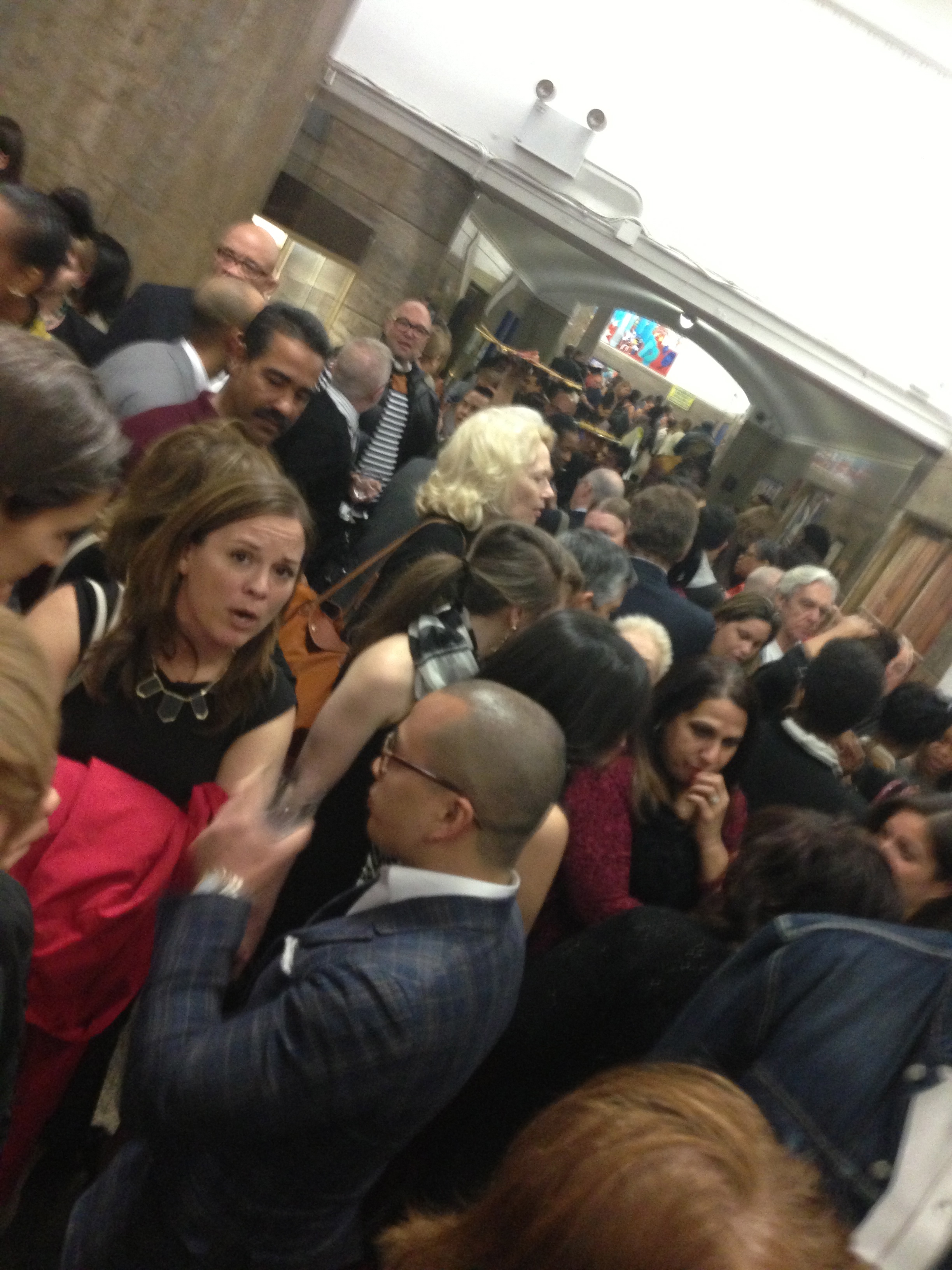 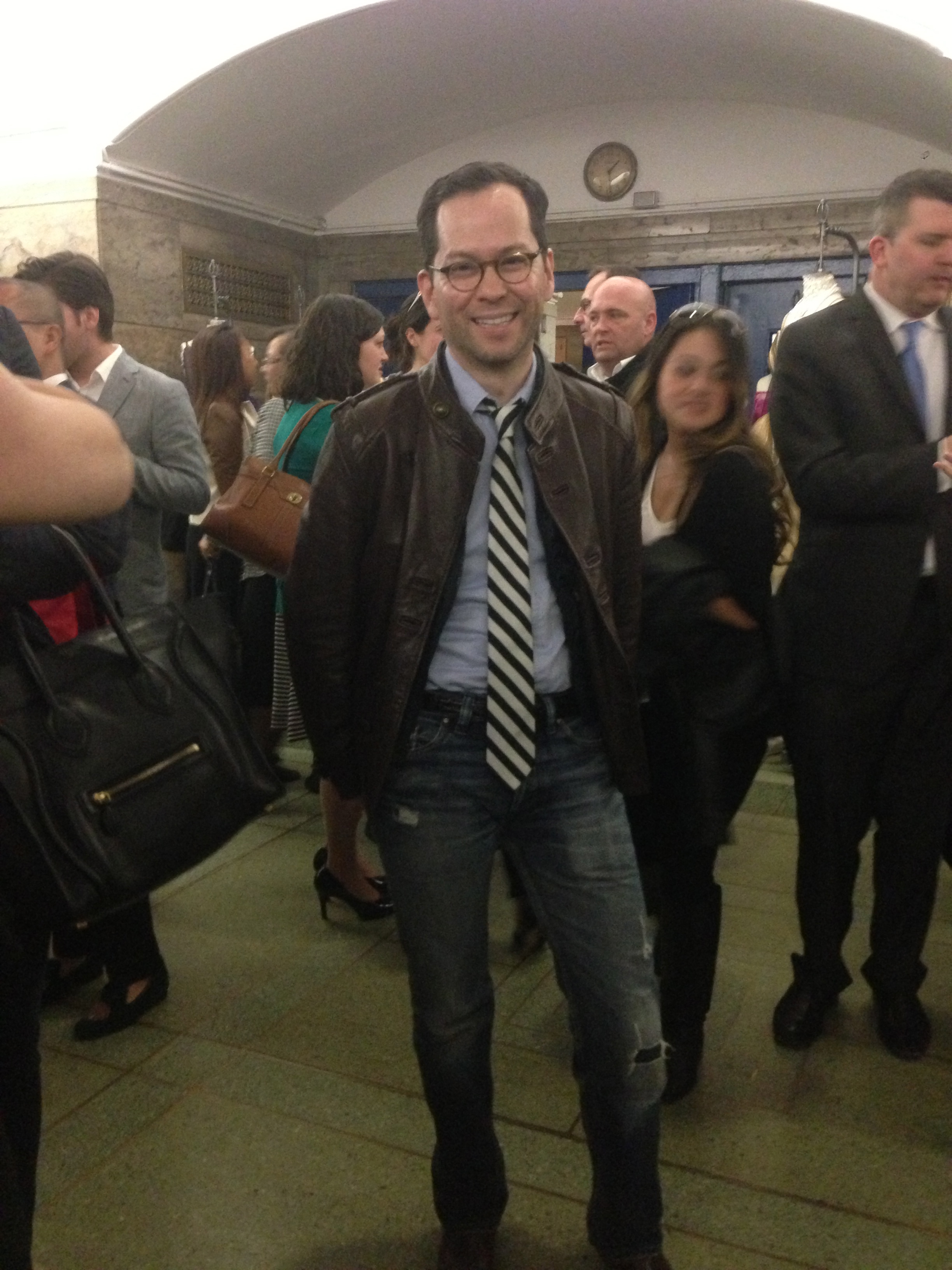 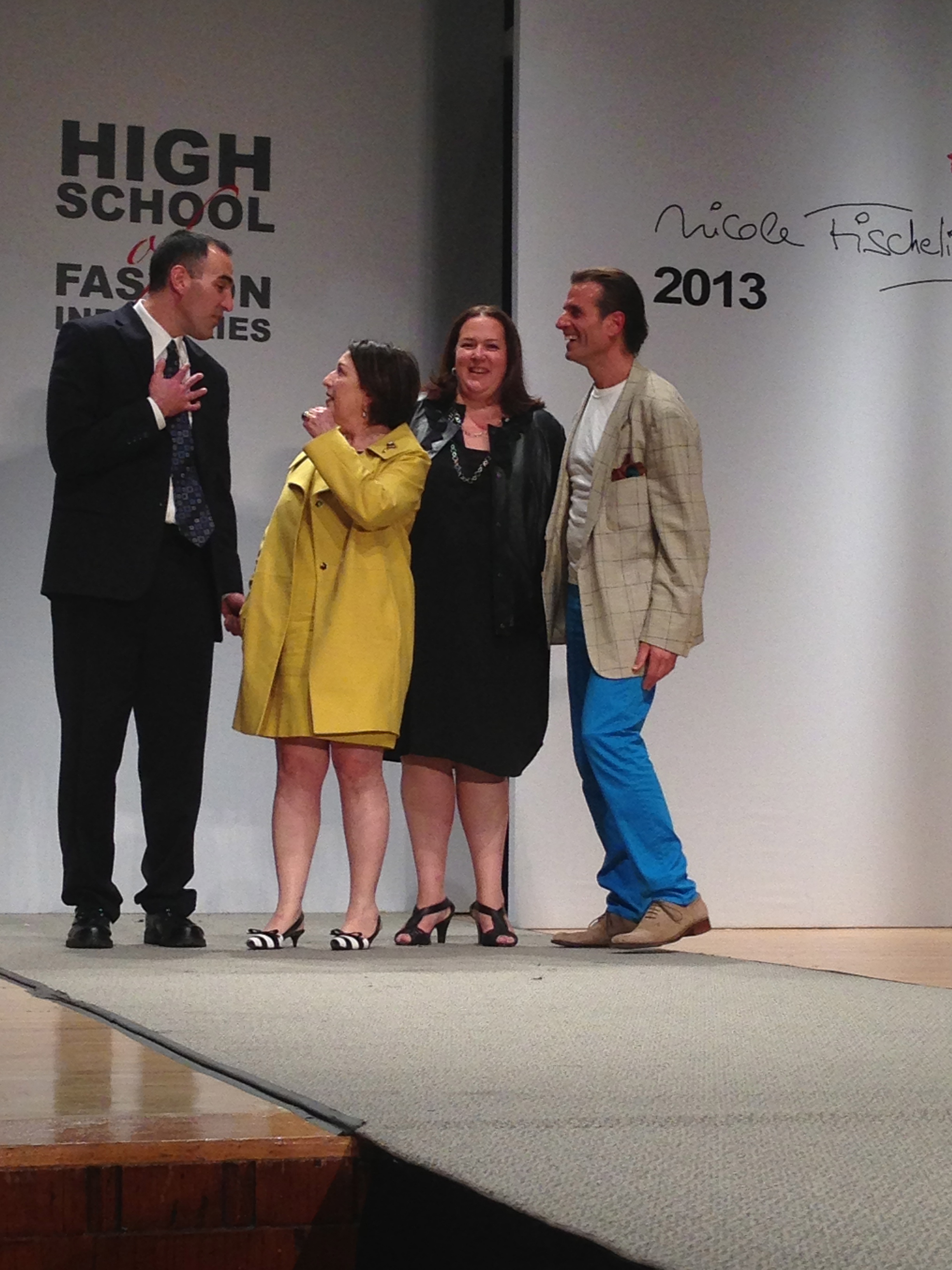 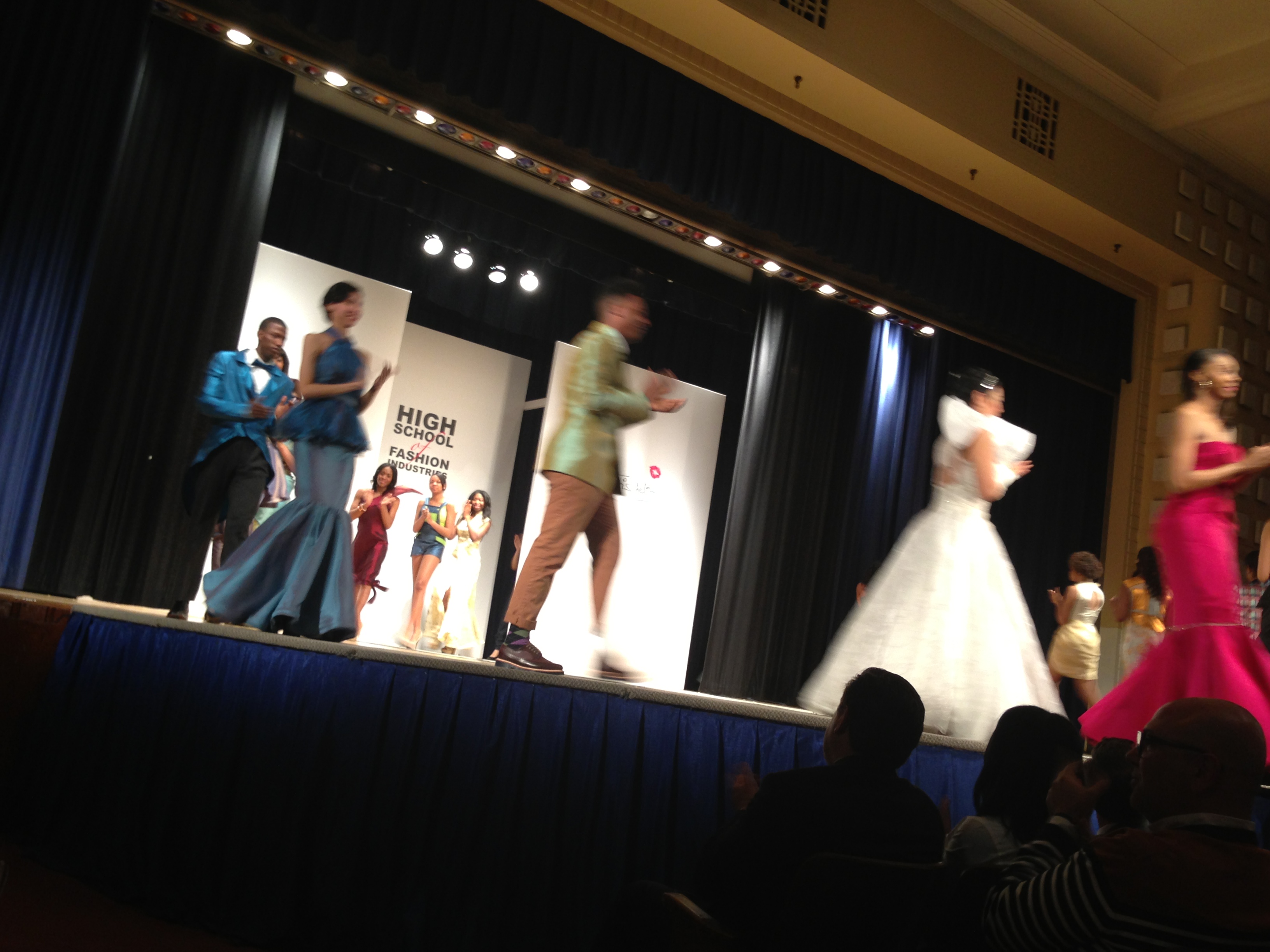 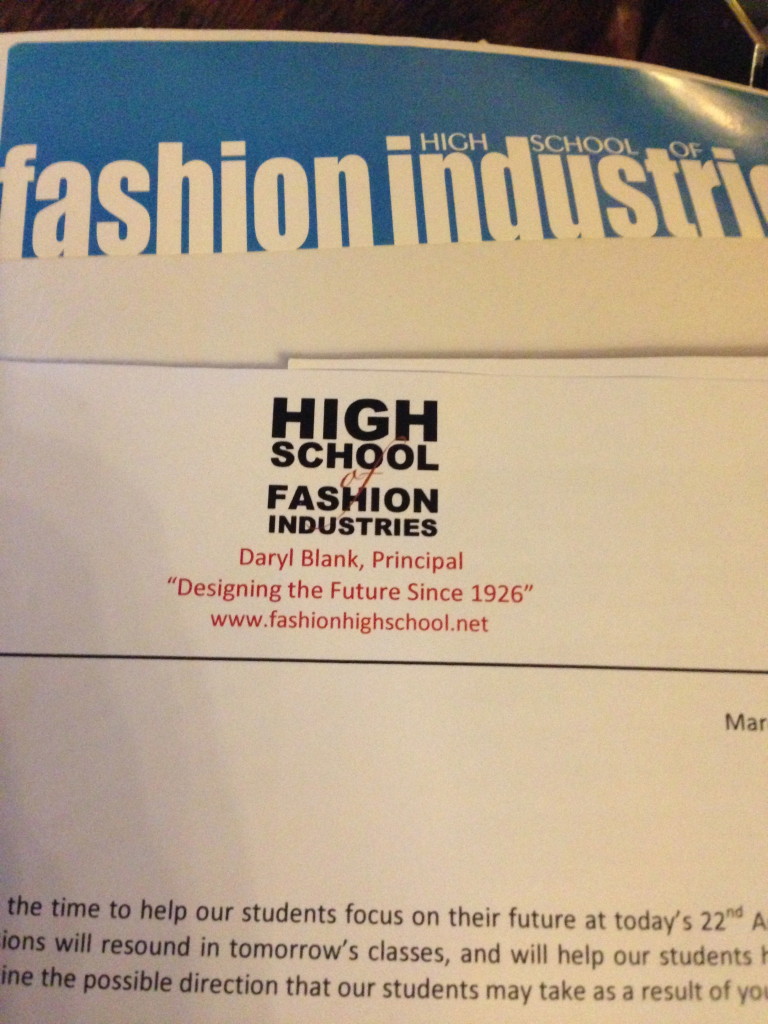 I was so lucky to be able to be part of 40+ presenters during the High School of Fashion Industries’ Career Day last Friday. My partner in crime, TJ, was home sick with the stomach bug, or it would’ve been the two of us together in front of the class room. As it was, the attentive students asked questions about both of our businesses, seemed genuinely excited about a career in fashion and also to realize that they will need to create their path toward their final destination. 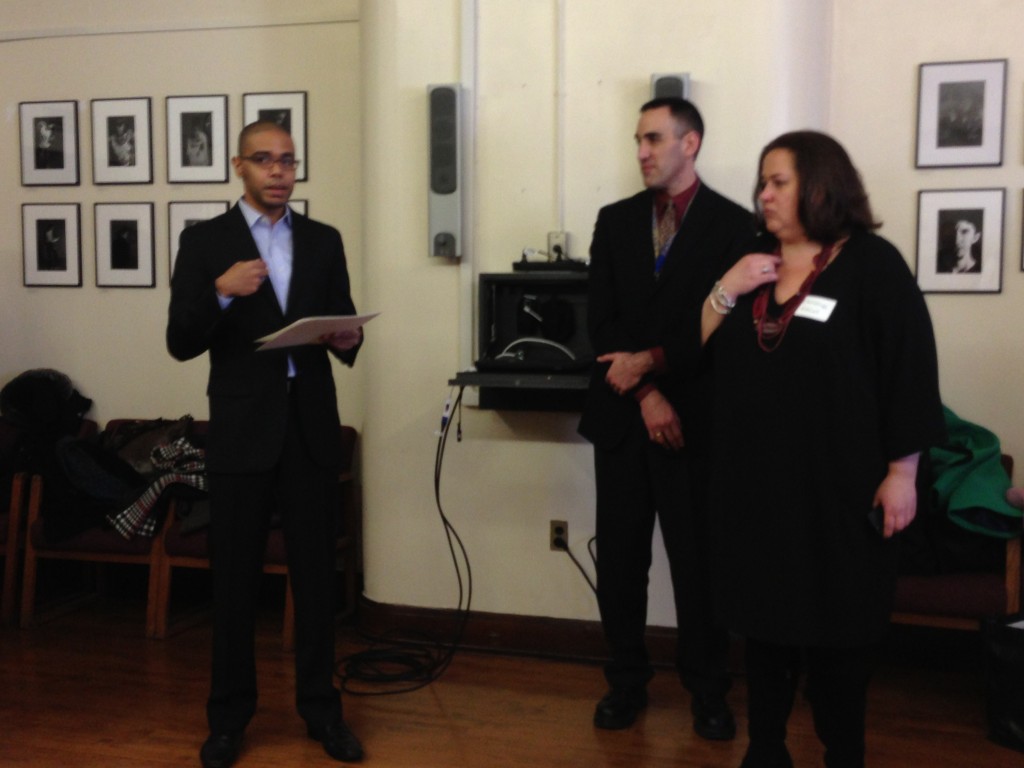 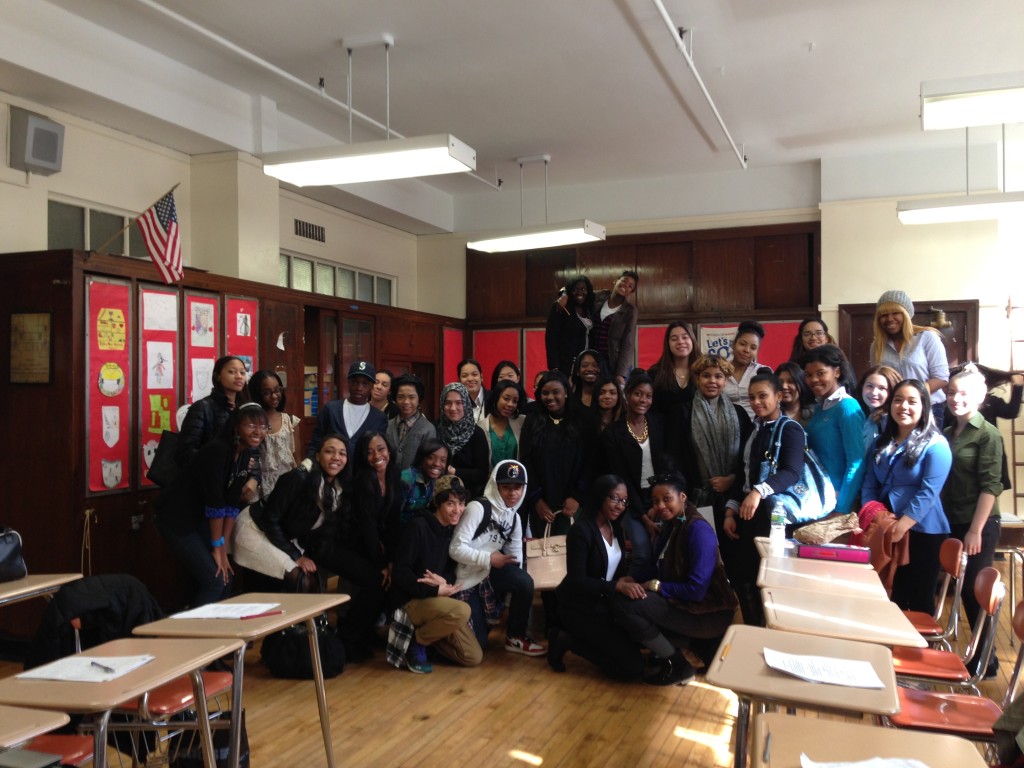