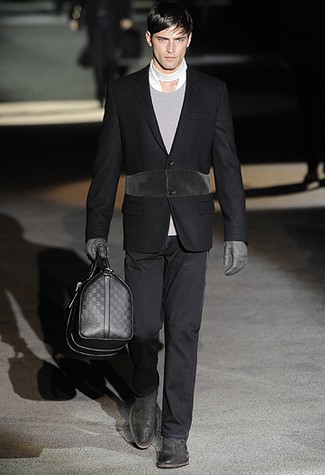 Louis Vuitton runway photo courtesy of WWD photographer Giovanni Giannoni
In the past, the runways of the Paris menswear shows used to advocated pure fantasy, the dark, twisted and amazingly creative minds of the French design world always a dramatic breath of fresh air after the functional, all-business tailoring of the Milanese troops.

But recently,
Parigi has been giving Milano a run for its money, design- and wearability-wise, this season combining all the signs of sartorial seriousness with the ease of a sportswear mindset replete with its versatility and wearability.

Some of the trends emerging from the recent runway shows give credibility to those seen at the recent trade shows here in New York, from ENK to Capsule to Project.

Tailoring seems triumphant, but it’s a hybrid cross-over look, taking tailored jackets into the realm of sportswear, with cardigan styling or details like detachable knit collars, shawl knit half collars, even velvet insets like the jacket at Louis Vuitton, above.

Accessories are crucial. Even hats are a top trend and ties are merely icing on the forceful direction toward casual but concise dressing. 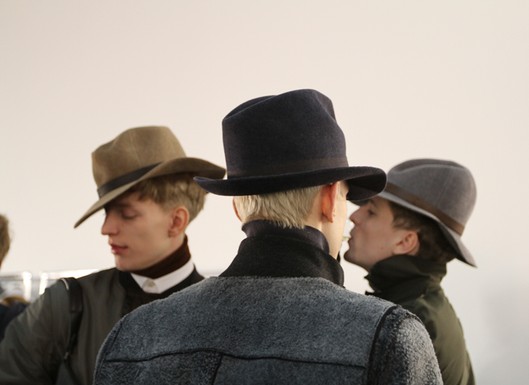 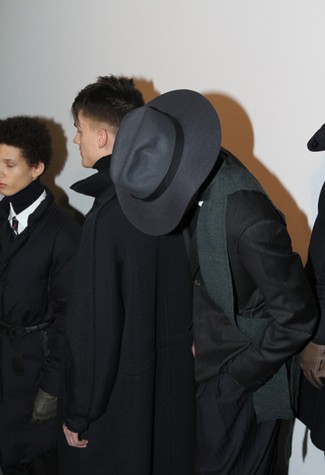 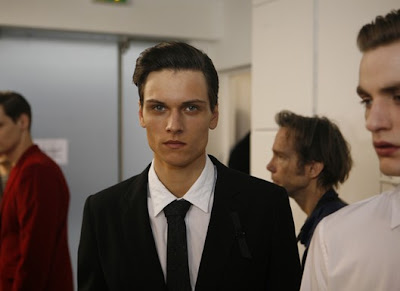 Thank goodness, menswear is returning to its roots, aided by highly-evolved technical new fabrics and techniques.