What exquisite luck FashionWhirled has had lately! We’ve been able– at various events like the recent John Bartlett dot 429 evening we covered and this week’s MensWearNetwork gathering at The Lambs Club (see pic below) — to commune with one of the style set’s loveliest sartorially-inclined individuals, the intelligent and always engaging and entertaining Montgomery Frazer “The Image Guru”.  And, lest you forget it, you must use the entire moniker, quotes and all; this image guru is the whole package! 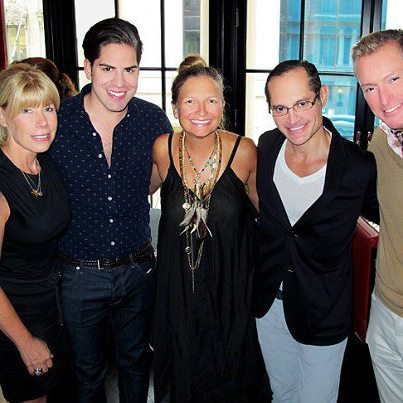 Montgomery, whom I’ve known
for years from the inner circles of the fashion world and who I somehow always get to sit next to at the Zang Toi shows at the tents each season ( I love his insight on the fashion and the crowd), is truly one of the nicest personalities and most interestingly dressed “style guys” I have ever had the pleasure to know.

But “The Image Guru” is so much more than style or fashion, as he will be the first to tell you. And his reach is far and wide. Beginning his illustrious career at the quintessential ’80s boutique, Parachute, Montgomery went on to merge music and fashion at MTV, and, as press, rumors and spin have it, inspired many a designer trend and influenced from behind the scene many a powerful client. Since MTV days, when he worked almost exclusively with High Voltage and “Downtown” Julie Brown, Montgomery says he has been called in as “The Image Guru” for clients as high powered as Katie Couric for her evening news style makeover and now is focusing his style lens on politics as part of the greater “image” picture these days.

As the subject of this week’s Friday:5ive, the lifestyle expert, style commentator, Montgomery Frazier “The Image Guru,” whose future developments include a book and television show, graciously held forth on this week’s 5. FashionWhirled also is in works to collaborate with him as a guest blogger for one of our future posts, trying to fine-tune the topic. Read on, enjoy and then comment below and tell us at FashionWhirled: what would YOU like to hear him blog about in an upcoming post?! 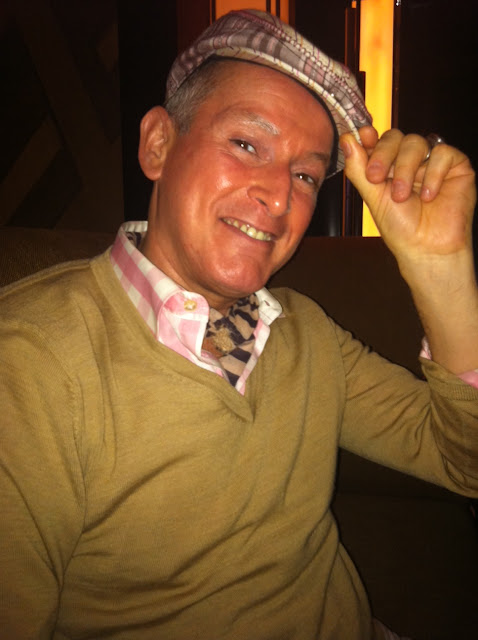 FashionWhirled:   What role does fashion, men’s and women’s, play in your everyday life, your world as “The Image Guru” and what was that first moment that you knew you would or had become deeply ensconced in fashion (i.e., as a child or a teen?)?

Montgomery Frazier “The Image Guru”:   Style, more so than fashion, has played an integral part in my life as “The Image Guru.”  Although I was the former Fashion Director at MTV during a crucial time when Fashion & Music [as a category] was non-existent, because basically there was no fashion to speak of when one thought of music before I was there, just jeans, t-shirts and rock & rock shags!  All the new “pop” artists, however, did have specific “looks.”  Those artists who had specific looks during those early days of MTV — Madonna, Cyndi Lauper, Michael Jackson, Jodie Watley, Billy Idol — all represented artists who didn’t look like anybody else, but did inspire fashion designers to capitalize on this new fusion and merging of music and fashion! 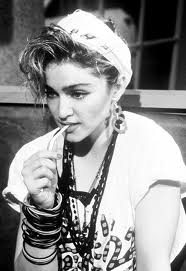 I, capitalizing on those emerging fashion trends, saw the value and influences from those then up and coming artists: like Madonna wearing designers like Jean Paul Gaultier, which helped to create designers like Dolce & Gabbana; George Michael repeatedly featured haute couture models like Linda Evangelista and Naomi Campbell in Thierry Mugler with his sexy videos; Debbie Harry sporting Stephen Sprouse. Thus, as WWD hailed, MTV became known as “Fashion TV” and I was the Svengali who promoted this convergence by giving a cool & hip new medium for designers like Pat Field, Vivienne Westwood, Emporio Armani, Nicole Miller, etc.

I live my moniker, “The Image Guru,” because all that I do has to do with image…in fashion, in everyday life, in my philosophy about life…. However, I can’t go to the grocery store without looking presentable, but fashion merely plays a supporting role in that…not done up like a Christmas tree, or as some would call a fop, dandy or a fashionista ( a term which I detest) but more sartorial, or appropriately turned out for the respective task at hand.

I knew I was hooked on style and fashion when I realized that I liked clothing as a youngster. A precocious child was I, wearing sweater vests and button downs and clip on bow ties at the tender age of 5. Maybe it was the time, but I’ve always been hired because of the way I presented myself and entering a room and making a statement for me is as commonplace as breathing!

FW:   Who is your fashion muse(s) and what importance do he/she/they play in your career as an image consultant in particular and as a person in general? 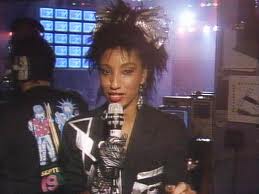 MF “TIG”:   This is an easy question; “DOWNTOWN” JULIE BROWN was and still is my ultimate fashion muse!  Why?  Because she afforded me the opportunity to experiment on her fashion-wise and stylistically, all the while knowing what her image was! A secure woman of immense personality & style and a woman who wasn’t afraid to take fashion risks.  A woman who affected fashion change and personal style in the world of music and “pop culture” and who’s been referred to as an MTV icon!

FW:   If you could have any notable person – dead or alive, male or female – come to you for an image makeover, who would it be and how would Montgomery Frazier “The Image Guru” reshape and mold them? 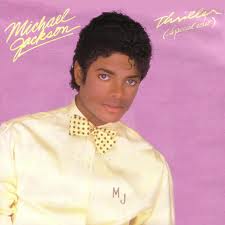 MF “TIG”:   Michael Jackson hands down! I would have taken him back to a time when he was a handsome, black youth named Michael Jackson…not the overly augmented, freakish, recluse the world came to know! A reversal of sorts.  But that would have included a HUGE dose of self-esteem from what he saw in the mirror, from an early age…which wasn’t that bad to begin with. But to have done that, he would have had to trust people …..which I don’t think he did very well!

FW:   Okay, designer or fast fashion?! And out of either or both, what is, to you, your most impressive piece of clothing that you own now or have owned ever going back to the first fashion find you can remember? 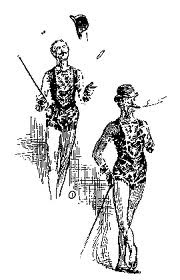 MF “TIG”:   I don’t put too much credence in articles of clothing because I invariably lose everything if it’s not tied to me!  However, I do have a passion for walking sticks…you know the kind that those elegant Edwardian gentlemen used to sport in the turn of the 20th Century.  Timepieces, neck treatments and especially hats, being on the top of the list, (no pun intended) are all passions of mine….I happen to love men’s Verdura jewelry too…so if anybody would love to give me some of those items…then I’ll gladly accept them!  lol!

FW:   Give us your words to live by, for example, if there was an affirmation or quote or sentiment for you as Montgomery Frazier “The Image Guru” and/or as Montgomery the individual, what would that be?!

MF “TIG”:   For GOD’S sake, don’t take yourself too seriously! 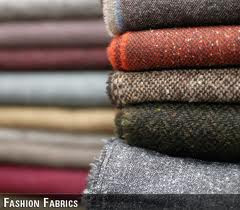 Fashion is just fabric and garments and definitely doesn’t make the man or woman.  Fashion doesn’t qualify you as a human being, your deeds do. But if you have style and love fashion, then look as yourself as the canvas, what picture would you like to paint on yourself today, so have fun!

4 thoughts on “Friday:5ive with Montgomery Frazier “The Image Guru””