No, this post isn’t about the latest episode of American Stuffers, the extreme taxidermy show airing now on the Discovery Channel.
Rather, it’s about this beautiful beast below, the inspiration for Jonathan Meizler’s provocative new neckwear line, title of work, and the designer’s Taxidermy Couture collection, an “exploration of duality inspired this season by the hybrid creations of sculptural artist Enrique Gomez de Molina.” 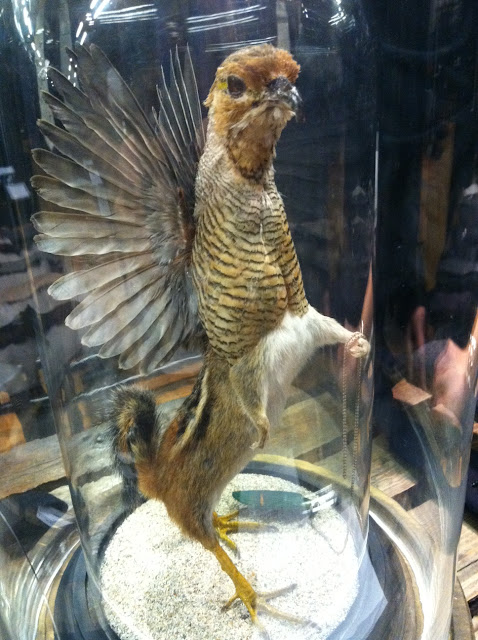 Meizler’s clever, highly sophisticated neckwear is based on beautiful bespoke fabrics in a somber, classic palette of charcoals, navies and black juxtaposed by the “opposition” of adornment by cock feathers, sterling silver amulets, rattlesnake vertebrae and hand-beaded mesh bands.
“With this collection I wanted to interpret an unusual subject, the beauty of decomposition,” Meizler says in his Fall 2012 press release. “I have become intrigued with the concept of mortality, incorporating elements that play with our sense of existence. It is both a great and appealing challenge, especially given the nature of working with a symbol of men’s refinement.”
Meizler’s background at JonValdi Couture, the former women’s and men’s wear designer collection where he and his partner had a strong women’s evening and Red Carpet gown presence, serves him well with the hand-beading aspect of certain neckwear styles. He’s also expanding his designs this season to include super soft leather and shearling scarves, as well as sterling tie clips.
But it’s the chalkstripe ties with feathers or the herringbone black and white ties with one tiny backbone front and center that intrigue me the most. Which is YOUR favorite??? 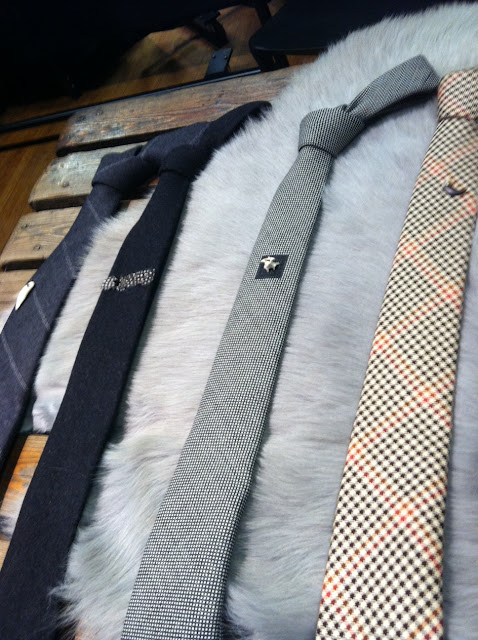 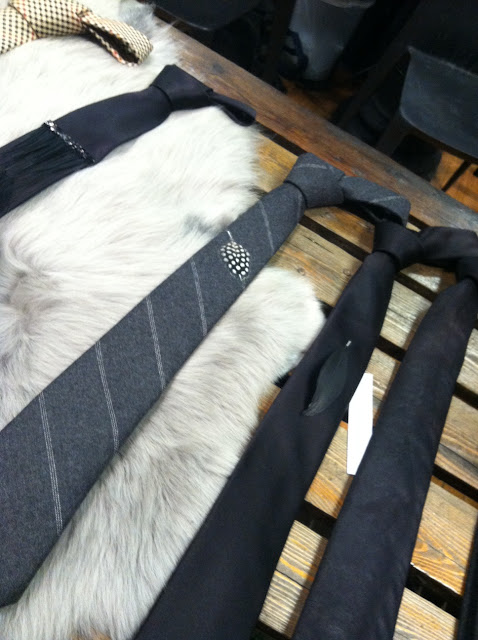