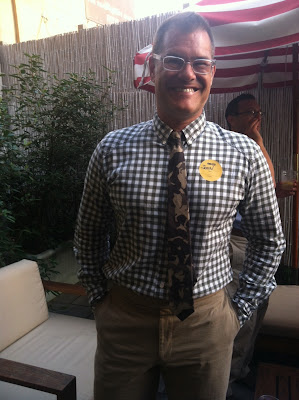 Our fav interview of the week featured in our newest FashionWhirled series, Friday:5ive, of course goes out to John Bartlett, the nicest man you’ll ever want to meet. Celebrated men’s wear designer, John’s a two-time CFDA award winner, the reason Hush Puppies became cool again in the ’90s, collaborator with The Bon-Ton stores, helmer of his own eponymous West Village boutique (that unfortunately shuttered about a year ago), tireless and dedicated animal activist and philanthropist.
The Ohio-born John
and I are longtime colleagues within the fashion industry, friends joined initially by the love of fashion — I visited his West Village apartment to view his first collection in ’91, resulting in kudos and a rave review in DNR, as well as a friendship as kindred Midwestern souls. Recently we’ve connected from our love of animals, dogs in general and Mignon in particular. John is the soul reason we have Mignon in our lives, a life-altering meeting during a North Shore Animal League adoption event sponsored by John in front of his store. That chance meeting led to the adoption of the Pomeranian love of our life!
John works hard to speak for those who can’t speak for themselves — the animals — and he puts his money where his mouth is: his three-legged adopted dog Tiny Tim is no longer with us, but John founded the Tiny Tim Rescue Fund to honor his legacy and help support rescue groups nationwide, created the Tiny Tim Collection with proceeds going toward the Fund and he just adopted a third little guy, a chihuahua named Pappi, all while championing the rights of animals (he is trying to educate other fashion designers about not using fur in their collections), volunteering at a Harlem animal care and control center and fighting to find immediate homes and care for dogs on kill lists throughout the city. His mantra, which is on John’s website, is “RESCUING ONE ANIMAL MAY NOT CHANGE THE WORLD…BUT FOR THAT ONE ANIMAL – THEIR WORLD WILL BE CHANGED FOREVER.”
That’s how John rolls. There’s a lot of love in his world, and — if you and I are lucky enough — our world, too. Bottom line? We definitely need more guys like John in this world. 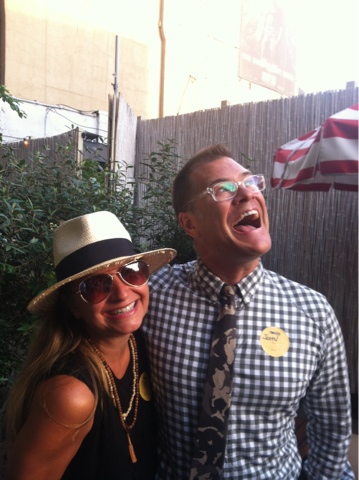 FashionWhirled with John Bartlett, the nicest designer ever
FashionWhirled:   what role does fashion, and now animal activism, play in your everyday life and when was that first moment that you knew you were going to become deeply involved in either or both (i.e., as a child or teen?)?
John Bartlett:   one of my earliest memories were of my clothes. i was obsessed with how to make my school uniform a bit “personalized” but still passing rigid inspection. fashion became a means of expression for me in college so after Harvard i decided to delve into fashion fulltime at FIT to see where i might land. i continue to be obsessed with fashion and design and am inspired by it daily.
animal activism is a very recent awakening, to be honest. i study it like a student and read everything i can get my hands on. it is an incredibly important part of my psyche now and yet i feel like a newbie still trying to find my voice. 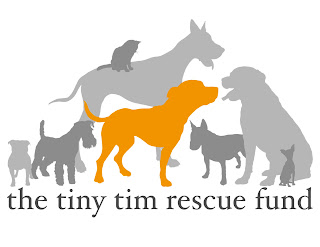 FW:   who is your muse(s) and what importance does he/she/they play in your career as a clothing designer in particular and as a person in general?
JB:   my muses are the men in NYC who are making it happen on whatever level that is for them personally. i am inspired very much by men of my generation who are making the connection between commerce and compassion and who are standing up for what they believe. that’s sexy to me and inspiring as a mindset for me to design into.
on a personal note, my partner john esty who is now my fiance(!) inspires me everyday with his style. he is a cyclist and a master framer and wears cool athletic gear under his work aprons!

FW:   if you could have any notable person – dead or alive – wear your designs, who would it be and why, and in what would you dress them?

JB:   i keep a movie still from “gandhi” with ben kingsley spooling his own yarn. for some reason my fantasy customer is gandhi himself. i would want him to teach me how to spin my own yarn and make fabric and then i would cut it into a long fit (and flair) djellaba for him. 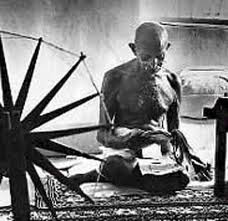 FW:  what is your most revered, favorite piece of clothing that you own now or have ever owned?

JB:   i kept my boyschool letter sweater that i wore in grades four through six. i loved it and my mom sewed my sport patches on it. it felt very butch and kinda animal house! i wish i could squeeze into it now! i treasure it.

FW:   what is, to you, the most impressive act you have ever accomplished and how would that be represented by your words to live by, either as an affirmation or quote or perhaps a sentiment for you as John Bartlett the fashion designer and animal activist and/or for you as John the individual?

JB:   i humbly think that becoming vegan was the most (personally) impressive act i have ever tackled, but also the most natural, once i made the commitment. i feel that in this moment in time we are beginning to see how entangled our relationship is with animals, and the earth, so for me choosing a vegan lifestyle has been an incredible leap. a quote that i keep on my phone is this one by robert alden: “there is not enough darkness in all the world to put out even one candle.” this has many meanings on many levels and speaks to me… 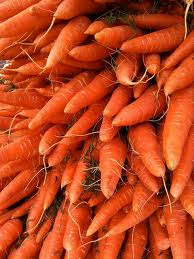 2 thoughts on “Friday:5ive with John Bartlett, Designer and Animal Activist”