I cannot rave enough about CARR, the new men’s and women’s fashion world that is launching as we speak — spearheaded, designed, brought to life, curated by the talented visionary and creator George Carr.

An homage to George’s late brother Zack Carr, the former Calvin Klein creative director and designer who helped define American fashion from the ’70s on, the CARR story is breathtaking. It will be told here in depth soon, I promise.

And I promise you, your heart will skip a beat. The collection is based on Zack’s sketchbook drawings, like these below, culled from the archive that George maintains. Clean, modern, sophisticated. True to the simple lines, the genius, that was Zack’s trademark. 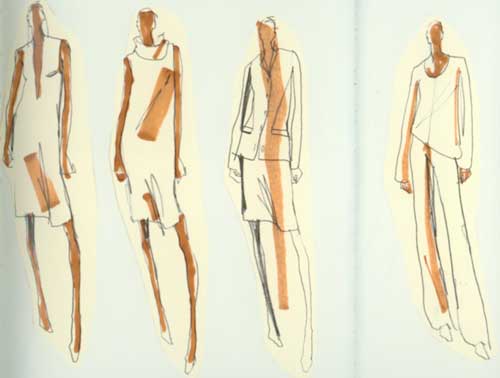 Naked Heart, the just released debut CARR film, as George refers to it, appears on the CARR website, a teaser to the collection. I like to think of the piece as a beautiful black-and-white fashion spread sprung into existence as a spoken word performance set to still photos. Quite appropriate for George, who hails not only from fashion, but the performing arts world as well.