New York Yankees‘ baseball great Reggie Jackson hit another home run Monday night with the debut of his limited edition watch collection in partnership with Franck Muller, held at the Tourneau Time Machine on 57th Street in Manhattan. The timepieces are sure to be “fan”-tastic collectors’ items, available exclusively at Tourneau. 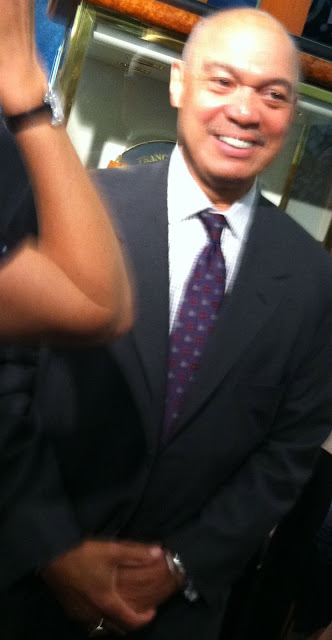 If you’re a watch collector like Reggie is, and have a spare $10,300 to $20,300 to score with, you, too, can keep time with the Yankee Hall of Fame-er. The timepieces, including one style adorned with
Yankee pinstripes, each have “44,” Jackson’s retired Yankee’s number, in place of the 4 on the watch face and are engraved with “Mr. October” on the back, the baseball great’s nickname. 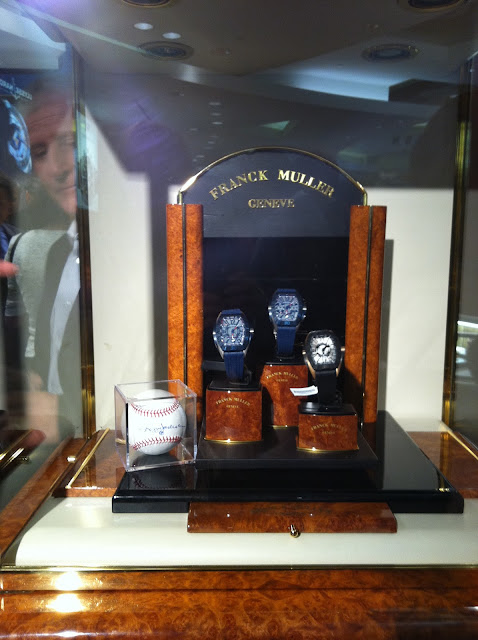 Reggie had the bases loaded Monday night with a slew of family and friends, including baseball great Derek Jeter and celebs Georgina Bloomberg and Minka Kelly. One guest was overheard remarking that he’d never seen so many Yankees in one place off the playing field. 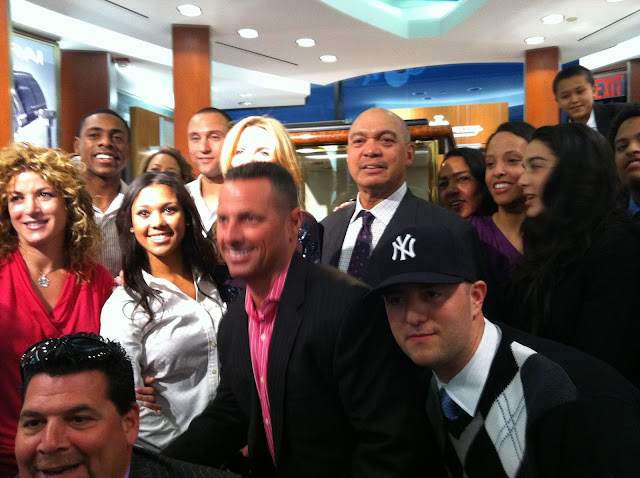 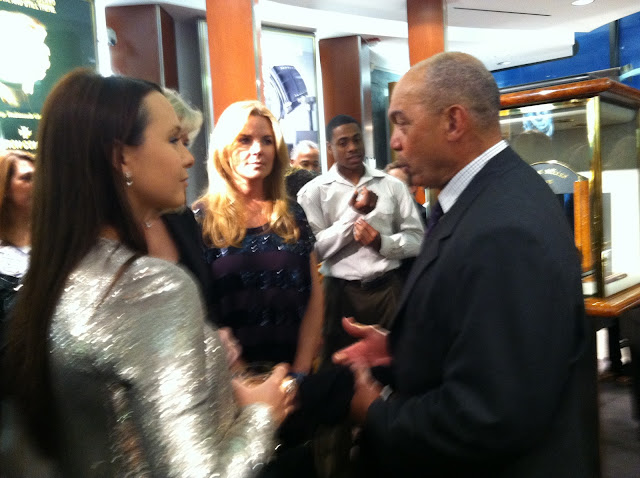 Looks like a mini Derek Jeter in the making, below, posing with Jackson and his brother! 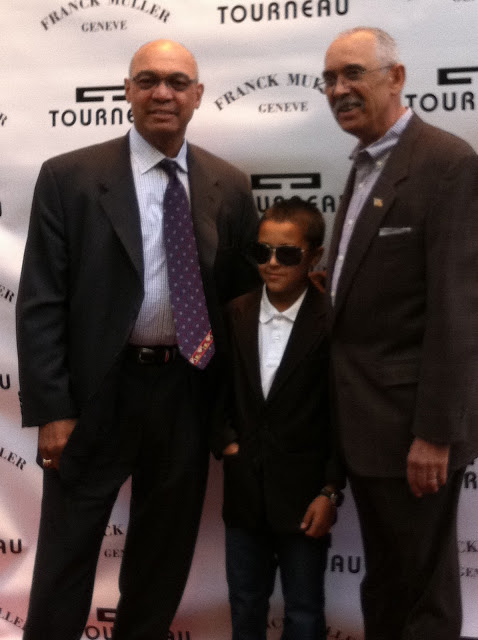