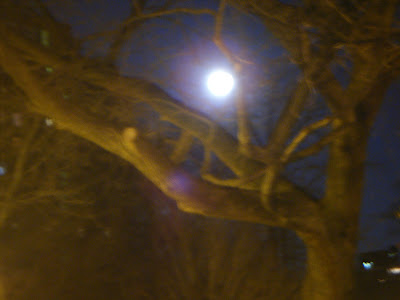 the glowing orb of the first full moon of this new decade through the trees of our park.

this is the brightest, biggest moon of 2010, the moon astronomers call the ‘perigee moon,’ and Native American tradition holds as the ‘wolf moon.’ tonight’s supersized lunar body is 14% wider and 30% brighter than other full moons throughout the year. 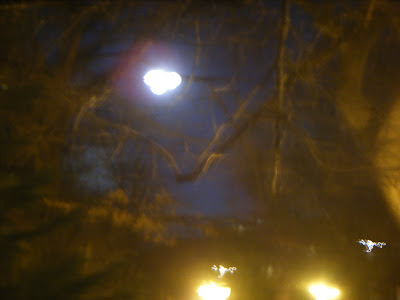 tonight’s low hanging moon, seen through the skyline of an everyday cityscape of buildings, will appear to be unnaturally large. a beautiful illusion, caused by the moon being at its perigee, or closest point in its elliptical orbit, to the earth, reaching its pinnacle at 4:04 a.m. Saturday. 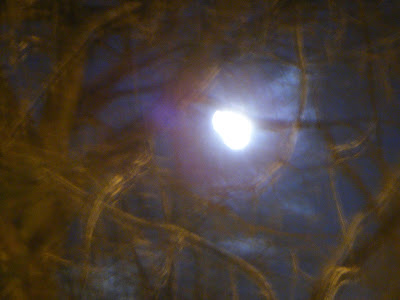 go ahead ~ throw your head back + howl. 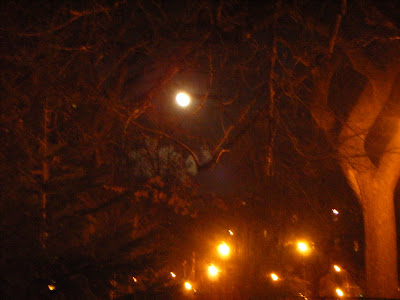 mars is out there, too, somewhere to the left of the moon, radiating an intense redness. it appears close to the earth’s satellite, but it’s actually 61 million miles away.