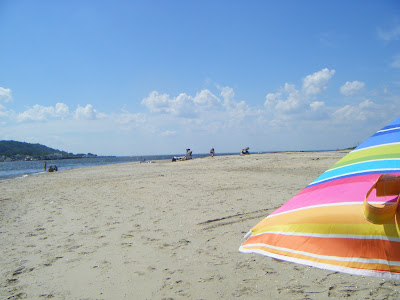 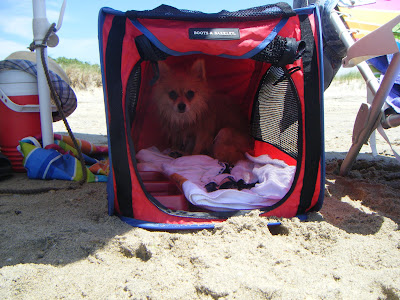 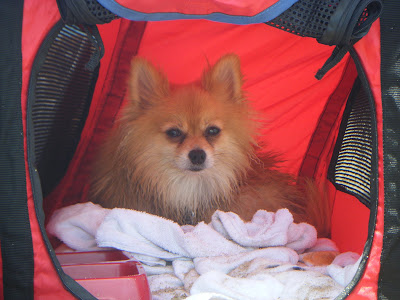 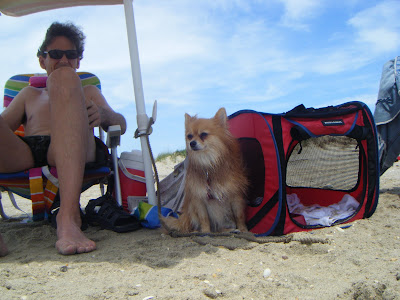 We took Mignon and her Boots & Barkley pup tent for a seaside spin this Saturday.

Finally! A pretty beach that allows dogs on the leash during the summer months. Even though it’s not “the ocean” and it’s a bit of a hike, it’s Sandy Hook, an area we love and come back to time and again throughout the summer. We checked out Plum Island, the first parking lot at SH since bay beaches are dog friendly until Labor Day(ocean side beaches are banned due to the Plover birds who nest there until September 15th).

Miss M loved every minute of her beach excursion bayside in Sandy Hook, playing in the low surf and chasing me out into the water! The cove played host to a slew of other furrie friends, too, big and small, including a daschsund with his own life vest and a Yorkie named Romeo who took a shining to M. 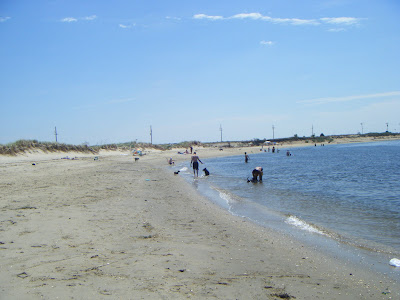 There is a another bay cove where dogs are allowed and we’ll try that one next time ~ a little easier to walk to, although the parking lot is tiny. In NY, we’ve taken walks with Mignon on Plumb Beach and heard that Riis is great, too.