Dog owners are a strange + funny breed. Hey. I should know. I am one!

But last night’s Fashion Week kick-off to next week’s Westminster Dog Show, the four-day SkyBark extravaganza at Hotel Pennsylvania here in midtown, proved that puttin’ on the dog means serious business. The PetaPotty- and Swiffer-sponsored event hosted some of the top name brands in doggie food, apparel, accessories and services, like The Honest Kitchen’s reconstitutable raw food, cook books and treats, and brought out dogs and their owners, with an array of fashion flair from both. 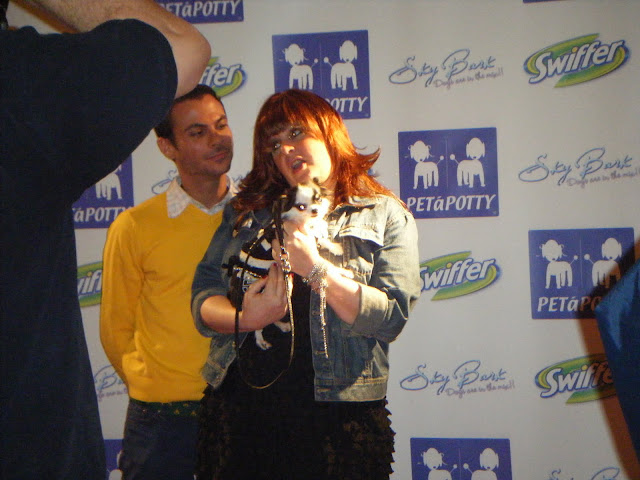 You could say fashion is going to the dogs. Literally.  And I do mean the literal definition of literally. First, I’m talkin’ walkin’ the dog, Red Carpet style. Pooches posed as pix were snapped. 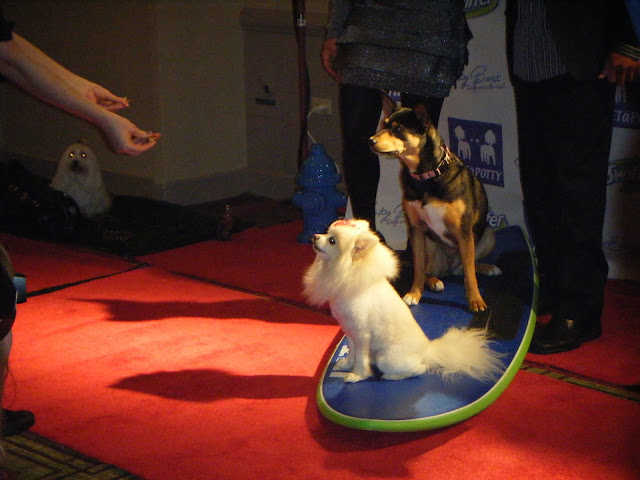 Hounds hung twenty, if not wishing for waves, then begging for treats.
Princesses paraded with pearls. 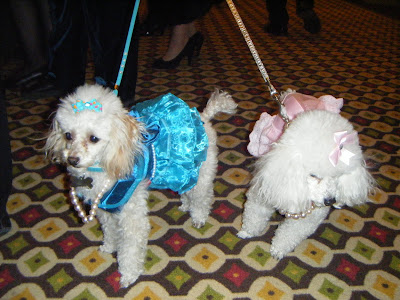 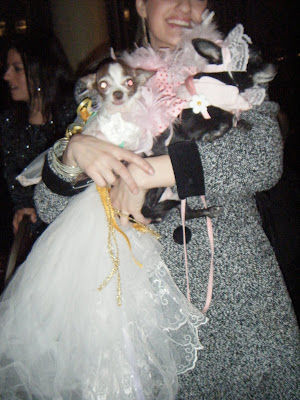 Bambi the bride with her unthinkably long custom-made train from designer Ada Nieves snuggled next to Daisy with her pink puppy feathers from eBay. 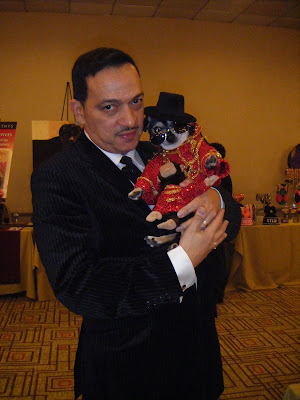 Even “Michael Jackson” ~ actually, Bandit the pug with sunglasses, hat, custom-made coat and his own “Bubbles the chimp” ~ put in an appearance. 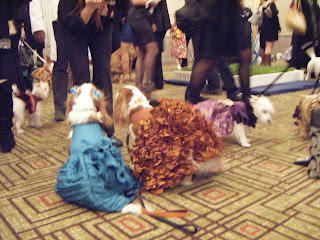 There was canine couture to match master’s and more than enough costumes and style to shake a tail at.

Guests included North Shore Animal League spokesperson Beth Ostrosky Stern, who also happened to grace a few front rows for two-legged fashion this week. Here, she is modeling some true four-legged style, carrying it off effortlessly down the, uh, catwalk.

Animal Planet’s From Underdog to Wonderdog‘s Andrea Arden was also on hand, along with celebrity poker-playing Jilli Dog (where is that Lady Gaga song when you need it?!), pet expert Charlotte Reed and Westminster’s own David Frei.  Rescue Ink’s rugged team manned a table front and center while awards were exchanged on stage.

Even the press covering the event was fabulous. Bryant Park tents, look out. I spied Behind the Velvet Rope’s favorite fashionista Lauren Ezersky, a long-time supporter of NSAL, hanging out near the Red Carpet. Turns out, she now boasts Animal League TV on her impeccable résumé.

If fashion is going to the dogs, so be it.

Who let the dogs out, indeed.