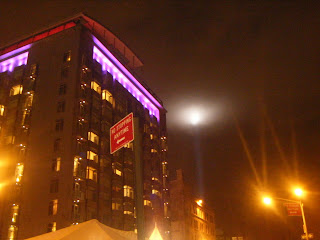 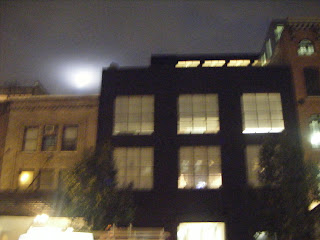 FNO’s La-Di-Da in Me-Pa-Di
What looks like a full moon in the sky above the scene in the Meatpacking District last night during Fashion’s Night Out was really the Twin Tower Beams memorial light brightly shining, in early homage to today’s 9th anniversary of the 9/11 tragedy.
The scene on the ground was far more random. Controlled chaos, even. Mobs of platformed boots and sandals that looked too impossibly high to walk the cobblestoned streets, even considering the former tranny-prosti haunt. Shine, shimmer and sequins were de riguere. 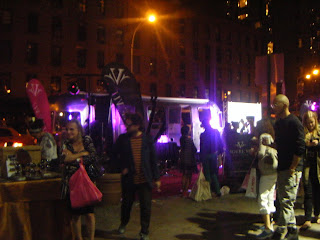 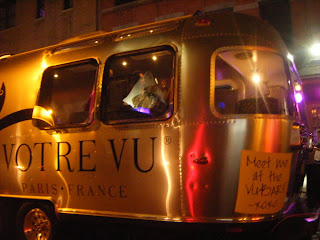 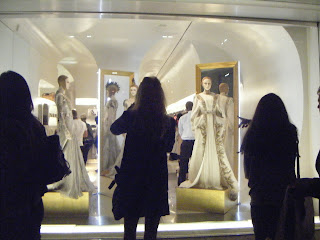 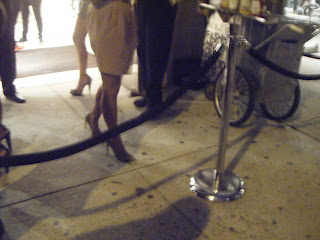 Stella McCartney’s boutique was sequestered BEHIND the velvet ropes and past the PR clipboard, thank you. 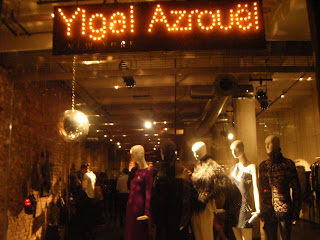 And stunningly gorgeous artisanal work was to be found behind the disco window display and rockin’ music at Yigal Azrouel. 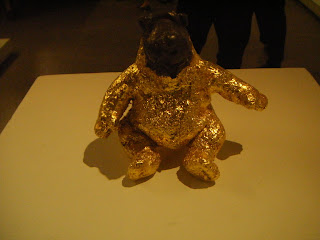 A random gold leaf chocolate bear symbolized the electric attitude in the air. 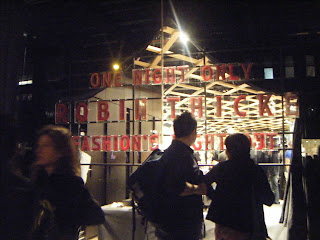