Fashion Week may be over and done with until September comes, but the clothes and styling ideas I saw are still zinging about in my head, percolating as to what’s the most wearable, the most buyable, of the season. 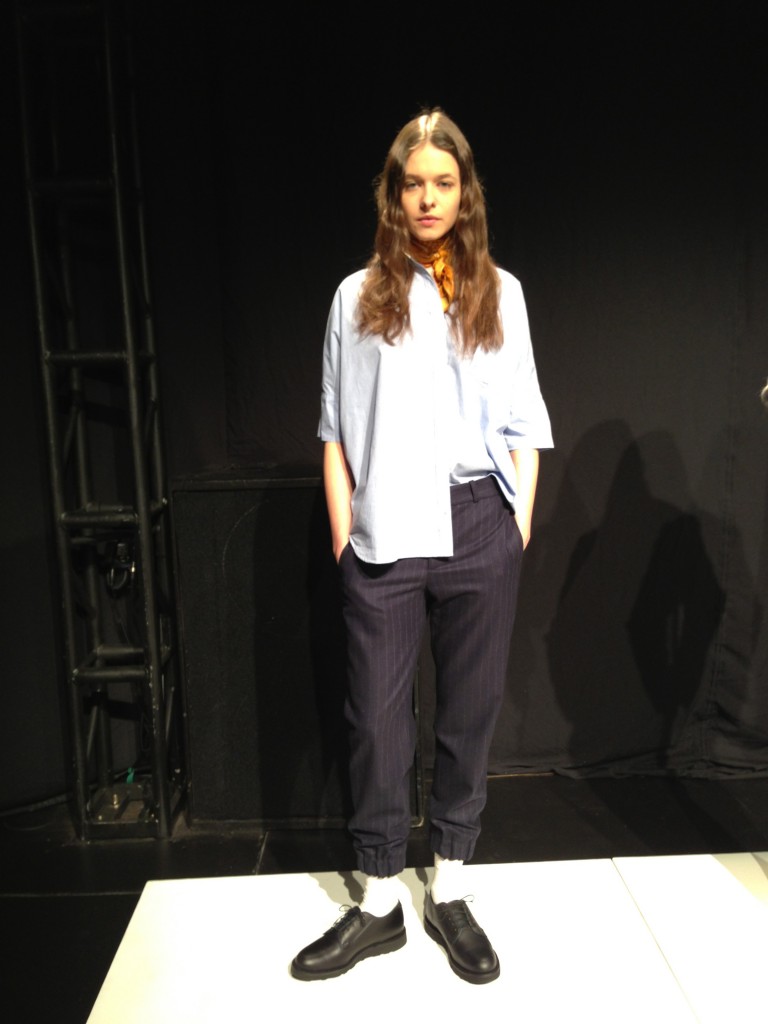 One of my absolute fav looks, above, from the pithy collection put forth by Steve Alan, he of showroom-now-retail success, he of the button-down shirt fame. Relaxed, insouciant casualness is his domain. We loved the women’s chalk stripe trousers that were, in reality, jogging-style sweatpants. Can we say, stuff my backpack, I’m ready to board the plane now?! And shirt tails hanging down and out? Super caszh and cool. Doesn’t it just make ya wanna get dressed for Saturday brunch with a bunch of friends?

Alan, who told FashionWhirled during his presentation last week that he’d been inspired by “bop musicians,” that is, if we heard him correctly, gave guys a throw-back to sophisticated casualness, influenced from skinny suit silhouettes worn with the coolness of turtlenecks, to zip-front suede windbreakers, corduroy pants and grandpa wrap cardigans. More for us girls to borrow from our boys! 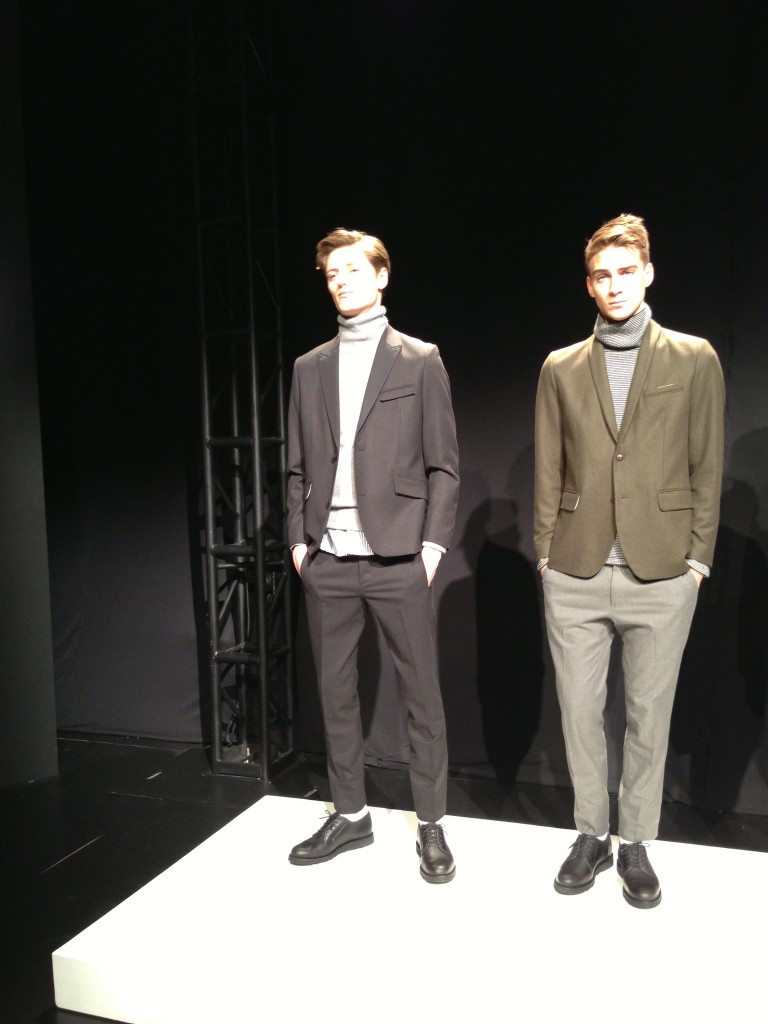 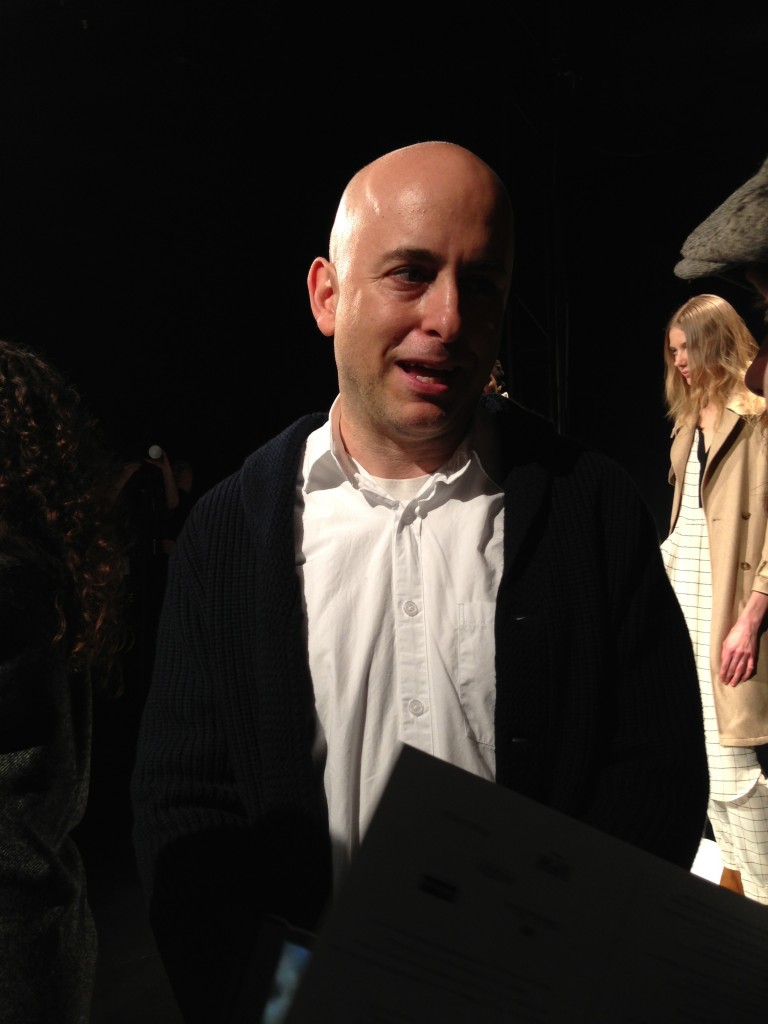 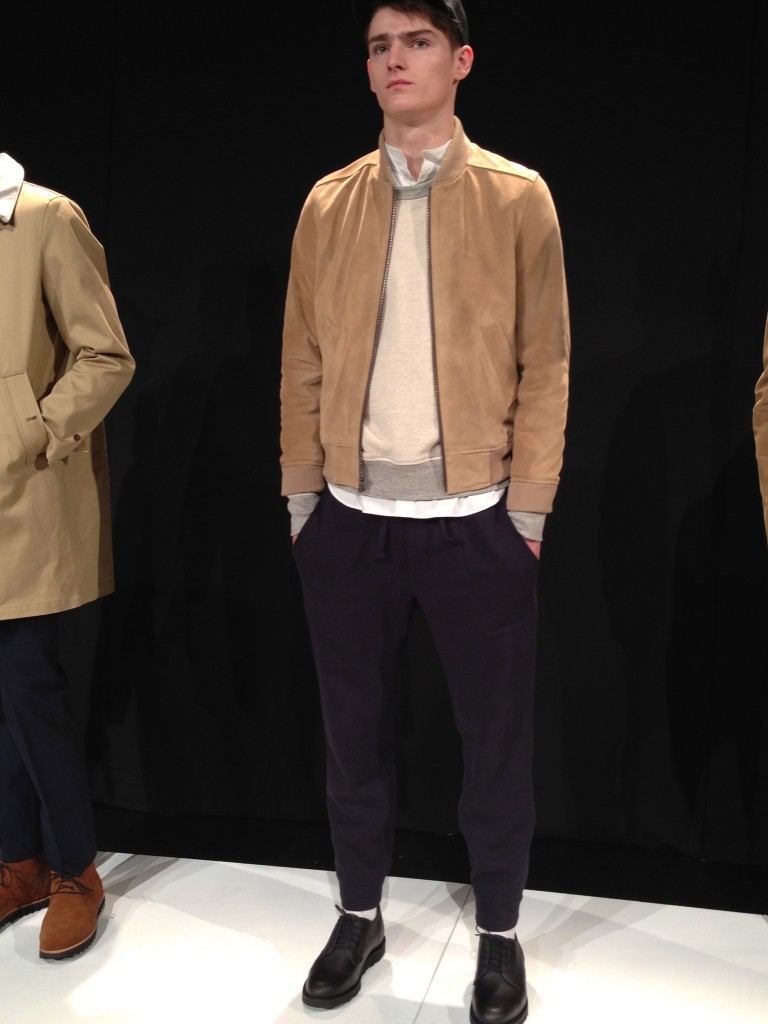 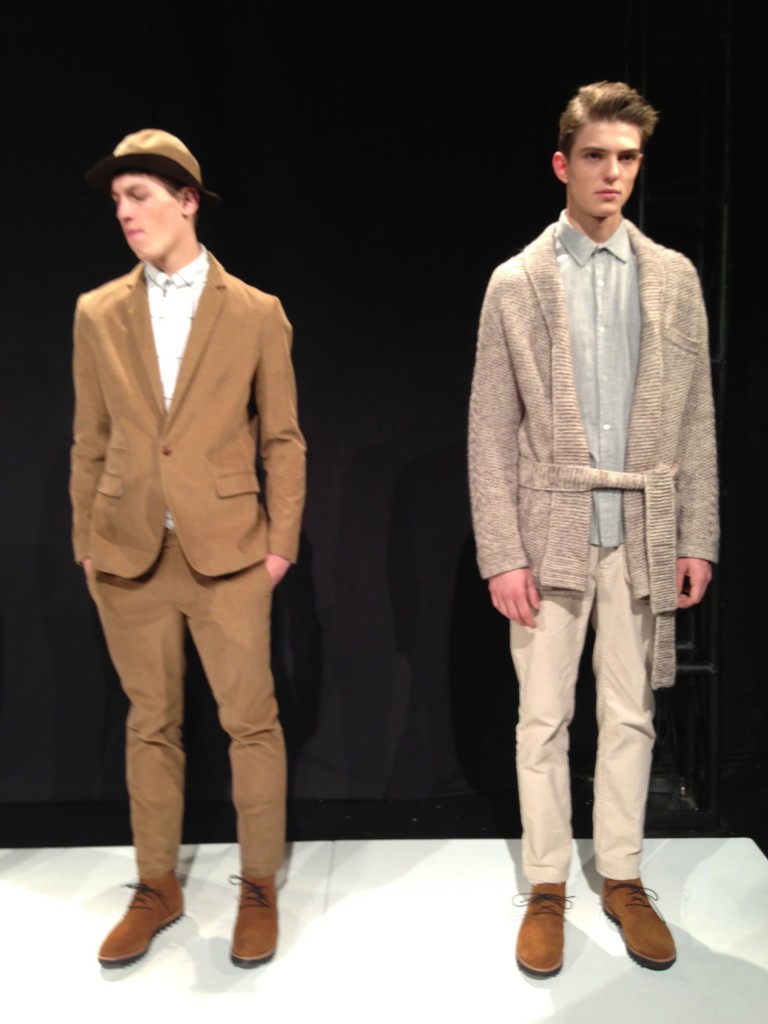