Other industry gurus gracing the group with their presence included END_OF_DOCUMENT_TOKEN_TO_BE_REPLACED

We had a full house of approximately 100 executives, designers, media and others, who, it seemed, didn’t want END_OF_DOCUMENT_TOKEN_TO_BE_REPLACED

Case in point, the illustrious and magnificent facial hair on two of our distinguished guests last night at The Lambs Club as we celebrated the second year of our MensWearNetwork group, a gathering of menswear titans from around the world.

Derrill Osborn, retired Mens Clothing Director of Neiman Marcus, and former fashion editor and now Old School Shirt Makers‘ founder and creator, Kevin Stewart, both surprised us with their presence at The Lambs Club and their amazing beards.

Derrill’s has curls in his. Kevin’s is perhaps tamer than other past iterations he has rocked, but with a lot of wisdom in it! Note both of their accessories. Trust us, there will be more to be said about each one in future FWFash/Hi:5’s.

Derrill Osborn and his magnificent beard (note the watch fob!) 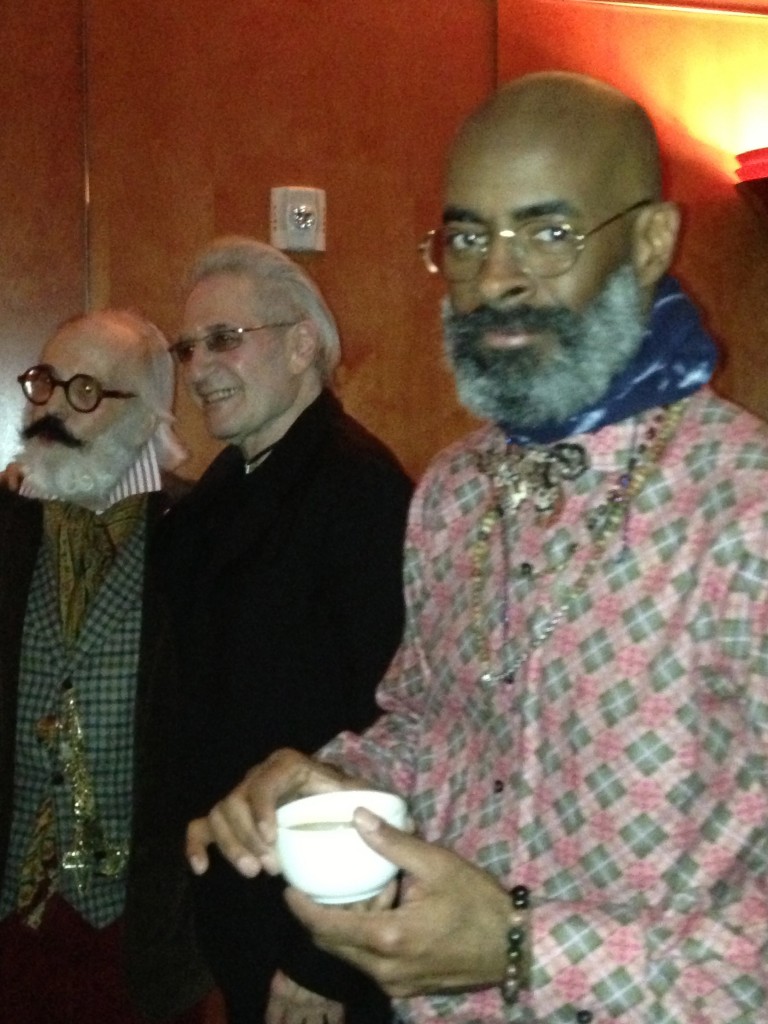 Kevin Stewart with Derrill Osborn and Bill Kaiserman in the background

P.S. At the end of the night, Kevin Stewart wound up the winner of the Brenthaven Collins laptop sleeve case, so generously donated for our second business card raffle by public relations expert Lisa Wells. Major thanks go out to Lisa and to the Brenhaven company!!!