You might catch Kevin Stewart scowling through his beard, coffee in one hand, cigar in the other, as he contemplates life in the thick of stylish SoHo. He’s not mad. He’s just taking it all in. And if you couldn’t recognize him by his beard, you’d know him by the cut of his jacket, the fit of his vest, his swag of his pocket watch fob, and most likely, the tilt of his hat. 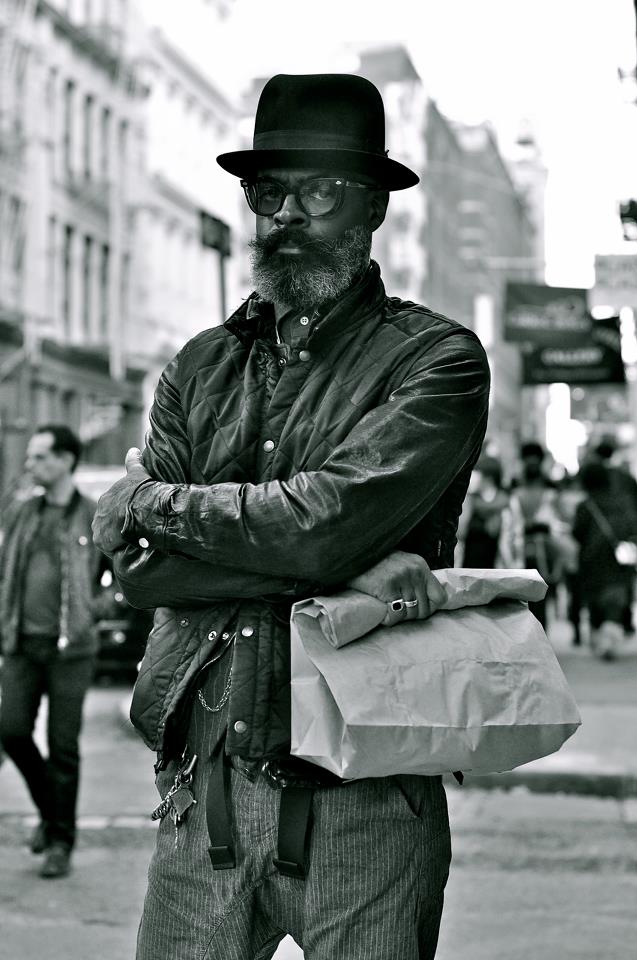 Or maybe by the fact that my dear friend, this former fashion editor for magazines such as Details Magazine, Gear, ESPN whom I’ve known since our days cavorting around Milan, Florence and Paris, back during the twice-annual men’s wear runway shows), has his own meme – Professor Badass! as snapped by Scott Schulman for The Sartorialist in 2008. The picture was captioned, went viral and the badass was born. Crazy, right?! 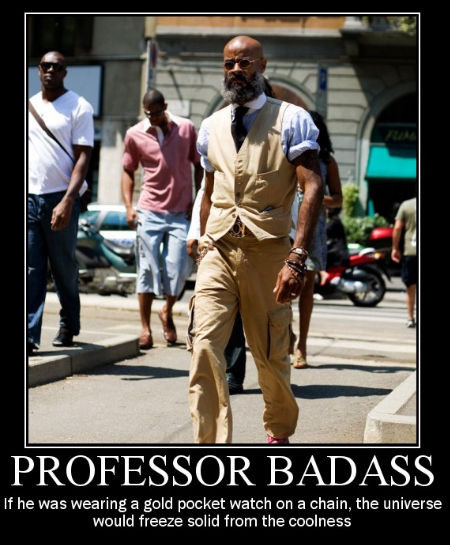 Kevin, a.k.a. Professor Badass. The original photo was shot by Scott Schuman for The Sartorialist.

Like his meme, Kevin is never one to walk away from a stare down with anything. He