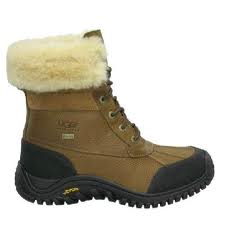 That’s right. Tom Brady wears Uggs. As does Brad Pitt, Ben Affleck and Bruce Willis, along with a slew of celeb ladies.
But Brady was just signed to be spokesperson for the Aussie fashion fleece makers. And according to David Roth at the awl.com, Brady had this to say about his branching out and, like his wife, model Gisele Bundchen, taking a fashion stance:

“I’m maybe off topic, but my point being that Ugg clothing is a product I believe in, it’s a natural fit for me and my brand, and so partnering with them isn’t the sort of thing I really like seeing criticized. And there’s this argument that Uggs, you hear this argument, sometimes: “Ugg boots are just for women, and more specifically they’re just for women in certain parts of Nassau County and that Pamela Geller woman who goes around stopping up the toilets in Middle Eastern restaurants with paper towels because she hates Sharia law so much.” And that sentiment is ignorant, that sentiment is stupid, okay. Because I buy the boots for my offensive lineman every season, and they love them. Logan Mankins wears them during practice. You can’t see it, but Tully Banta-Cain wears this fur-lined Ugg hat that I got him for Secret Santa last year under his helmet when it gets cold. It’s disgusting, by this point, it looks like a giant hairy pancake and smells like microwaved diapers, but Tully swears by it. And these are men. Tell Tully Banta-Cain that men don’t wear Ugg apparel, you know?”

I bring up Brady because I got the best compliment from a guy at the vet in Long Island this morning. He said he liked my boots (mine are the Adirondack boots, like the one pictured above, and were a lovely surprise Valentine’s Day gift from hubby) and that they had just been on the radio. And that he wished he could wear Uggs like women could. I told him that, yes he can! That even Tom Brady wears them now. And that’s what he said he heard on the radio.

Of course, I proceeded to inform him that I have written a lot about men’s shoes, particularly UGGs lately. Then I rattled off all the great UGGs available for men today, from the Rockville motorcyle style to the Hartsville leather and suede to the Butte and the Hilgard, which look more like my Adirondacks.  I even suggested he buy them at Nordstrom.

And I’m not even a football-playing, model-marrying spokesperson for the company.

Guys…does Tom Brady shilling Uggs make you want to wear them even more or not?