As the second January menswear market week got under way with MRket and ENK shows taking place earlier on Monday, members of the menswear industry reunited at The Bar at The Lambs Club at the Chatwal Hotel on West 44th Street last night. Our fifth go-round, this was our first of the new year. 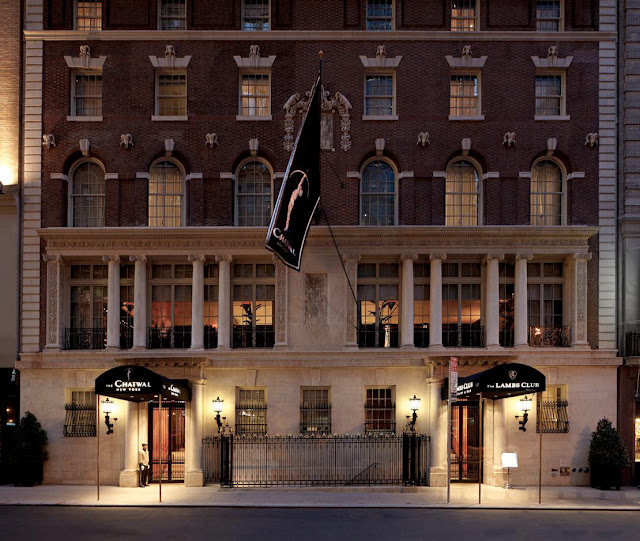 Built to house the Lambs theatrical club, the Stanford White-designed building was a perfect midtown location for the group. The auspicious room, below, was a welcome respite from the rainy mess outside. Surprise guests included Derrill Osborn, former Neiman Marcus men’s tailored clothing director, who among others dared the weather to share their camaraderie, raise a toast and indulge in the sumptuous appetizers provided for the group by the amazing Chatwal general manager Joel Freyberg. 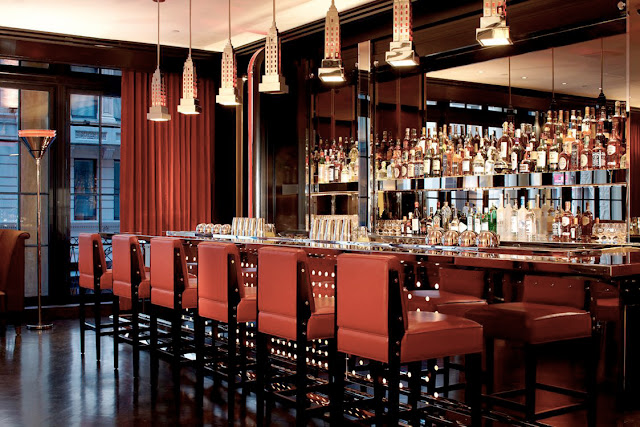 Designer John Bartlett caught up with Osborn and retail mavens Stan Tucker and Joe Cecil. Journalists John Birmingham and Catherine Salfino reconnected with former DNR staffers, fashion show producers, marketing and publishing specialists. Designers new to the group included Raz Keren and Rufus shirt designer April Singer with colleague Kyle Cherek, who also hosts a television foodie show.
Cherek would’ve been in heaven at the beginning of the evening, as we walked into the bar just as Lambs Club chef Geoffrey Zakarian, Food Network ‘s Anne Burrell and others were convening at a plush banquette booth in the middle of the upstairs bar. 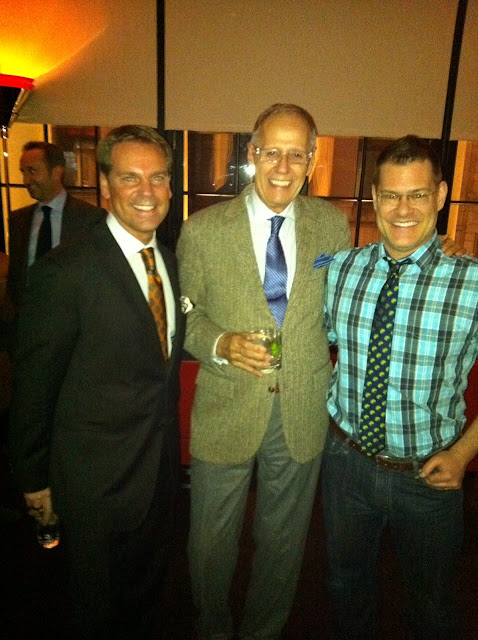 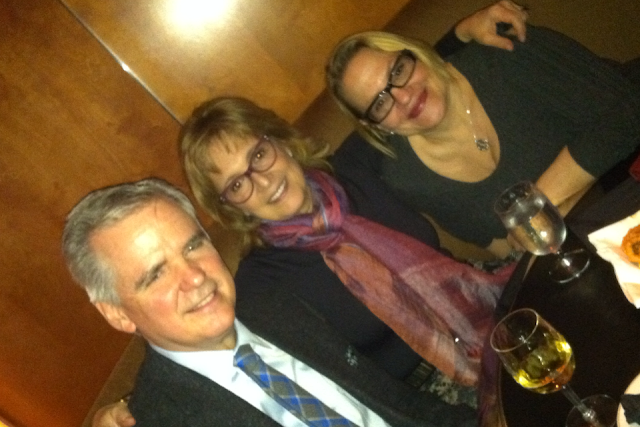 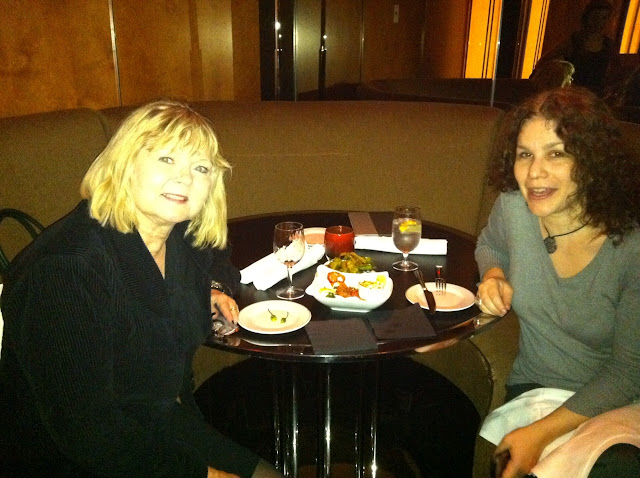 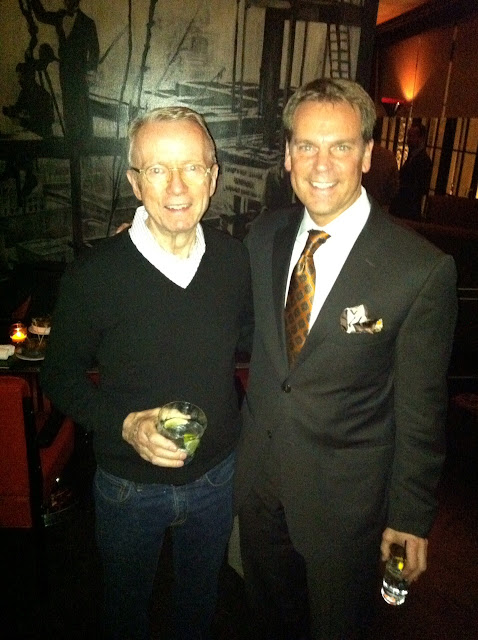 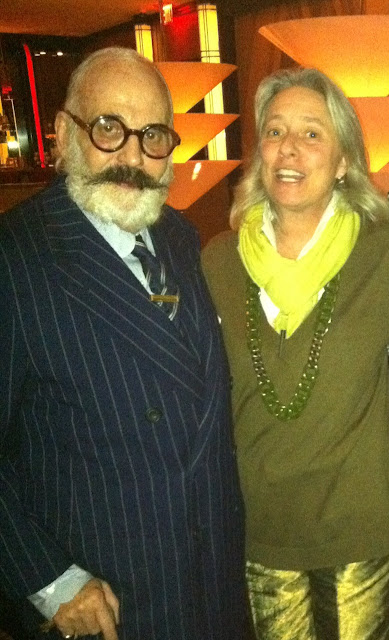 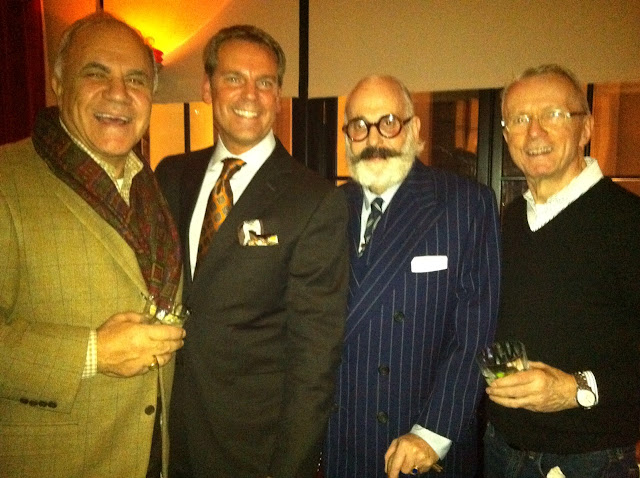 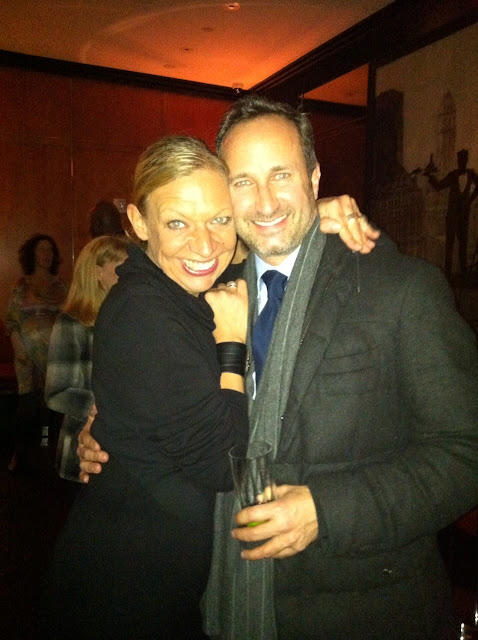 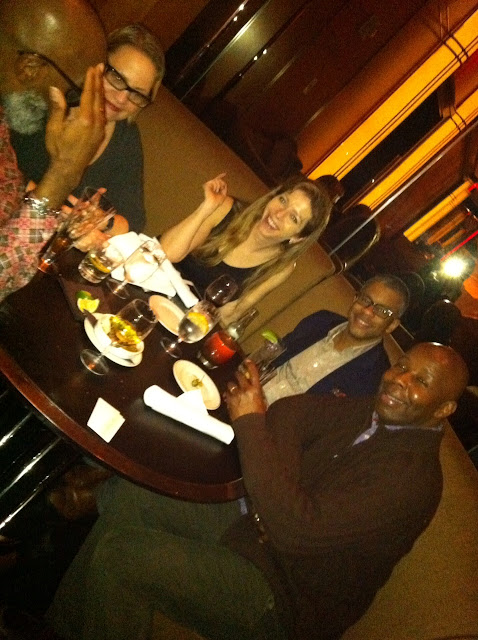 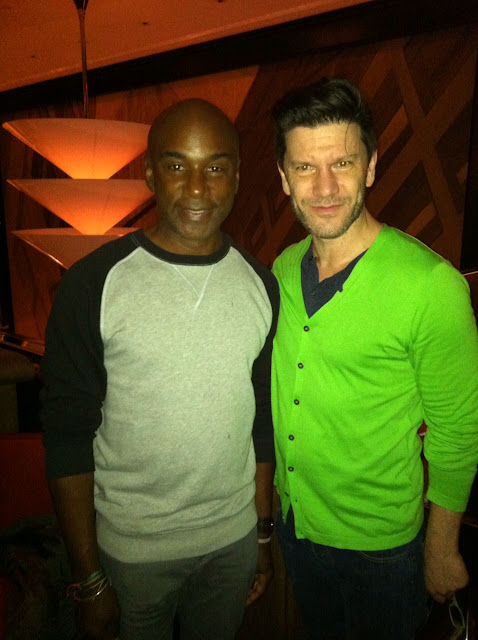 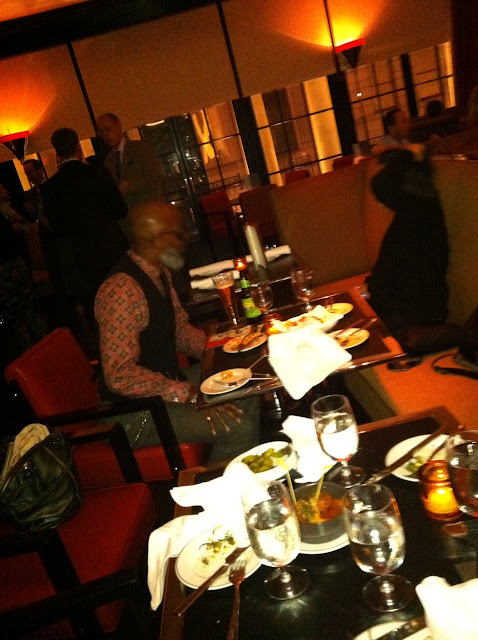 The Bar kept us sated with a flow of yumbly appetizers  —
rice balls, meat balls, sauteed peppers and calamari

One thought on “The Lambs Club’s Menswear Gathering 2012”