FashionWhirled went back to school last week, making the grade past the discerning doorman before entering the exclusive cool and louche Electric Room venue of the Dream Downtown hotel, in what couldn’t have been a more perfect backdrop for Askmen.com’s launch of its Academy series. 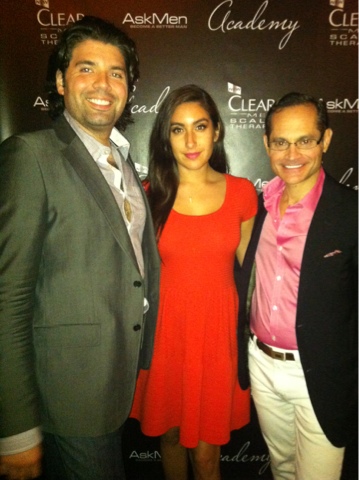 Askmen’s director of advertising and promotions Armando Gomez said the night’s event
will serve as the first of many more on the Academy “syllabus,” as other select readers will get further specialized education from additional pros — among other real life lessons, like mixology manners, to name one upcoming session planned within the series. 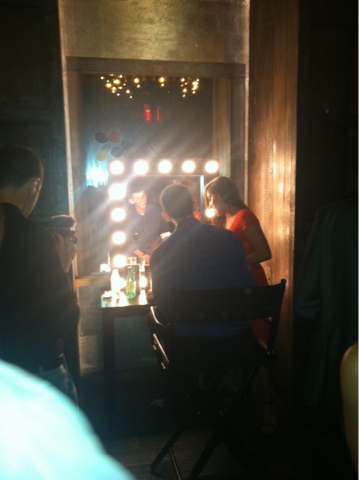 Jen Atkin at her grooming station

The robust crowd was fashion savvy yet enthralled and educated by Julian’s fashion know-how and the complimentary way in which he steered them toward a new dress direction. Julian set up three distinct lifestyle fashion groupings — the Creative, the Casual, the Conservative — presenting clothes in each from Ted Baker, Lacoste and Joe’s Jeans. 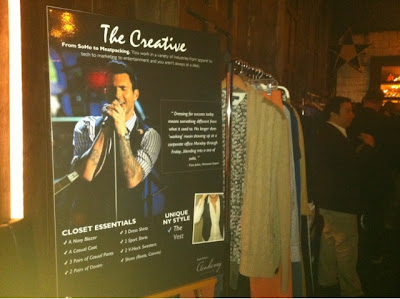 The Creative and how to become him 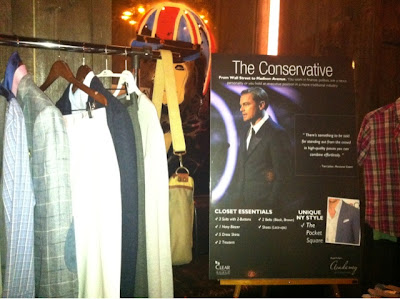 The Conservative and how to achieve the look 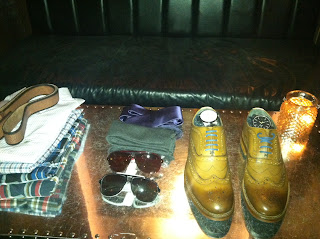 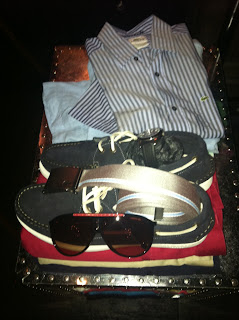 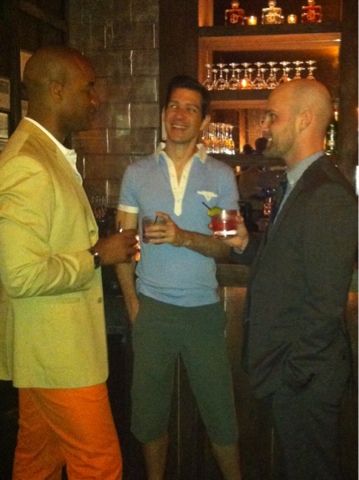 Most of the party goers fit easily into one of the style classifications, like the three gentleman to the left — who were perfect runway-to-real life creative, casual and conservative examples. Many attending even wore their own bespoke tailored jackets, like Reginald in the rockin’ orange trou, among other financial agents, fashion executives, tourist board directors and media producers. Julian pushed casual guys toward adopting sophisticated pocket squares in their three-button sport coats worn over untucked plaid shirts and jeans, while he led dressy tailor-made suited guests toward dimpling their ties.

But guys, don’t sweat booking up before Askmen’s next class act. You may have a lot to learn, but when the Academy is in session, all you need is to just be present. Can I get a raised-hand “here!?” 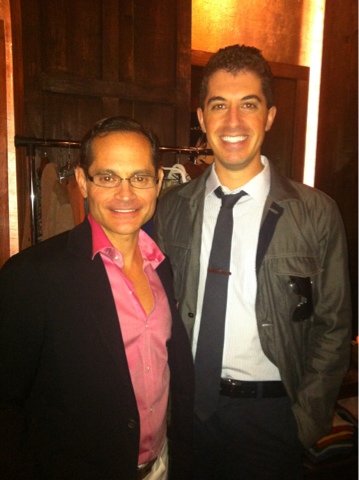 Julian with Anthony Nunziata, who performs
with his brother at Feinstein’s next month 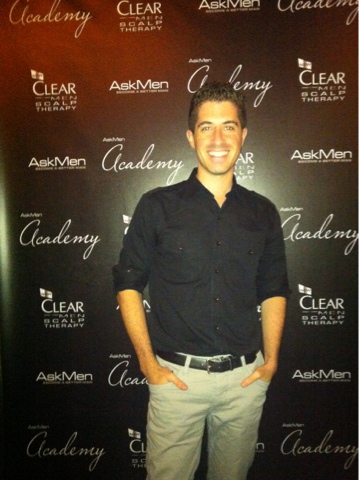 Will Nunziata, the other half of the Nunziata Brothers 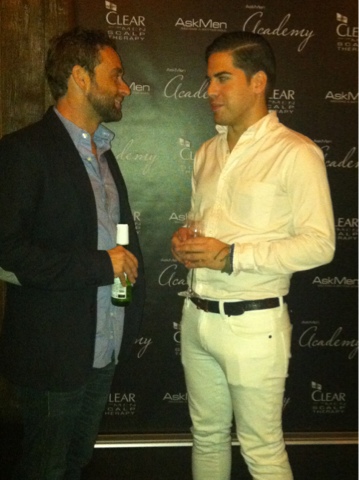 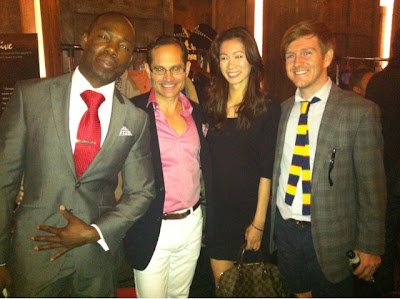 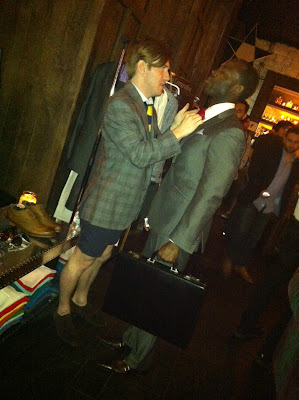 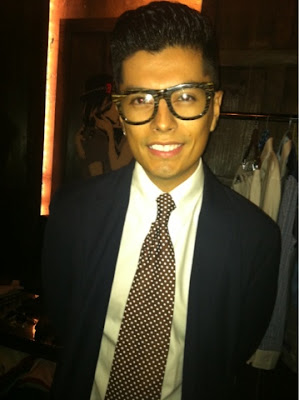 Daniel Urtiaga, from the just-opened Rudy’s Barbershop at the Ace

One thought on “Get Smart! Askmen.com Debuts Academy Series”