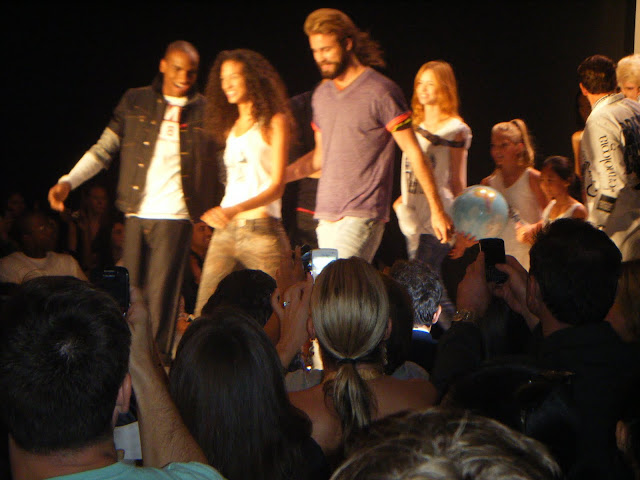 Inclusive of both men’s and women’s, the collection was denim-driven with sporty touches like belts that wrapped across upper chests, disappearing through armholes, doubled up tees and cropped and cuffed jeans legs. 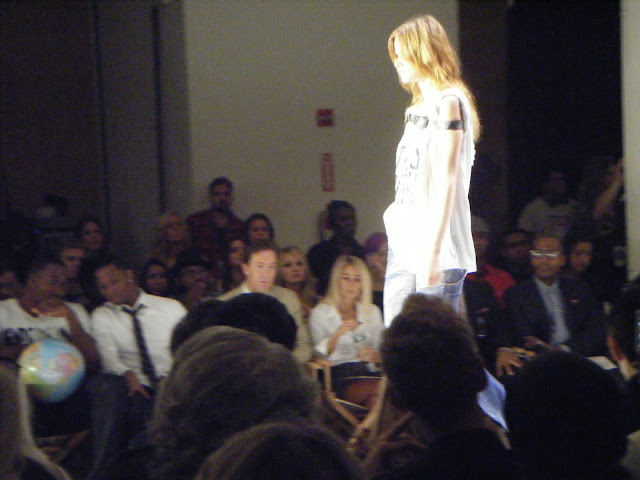 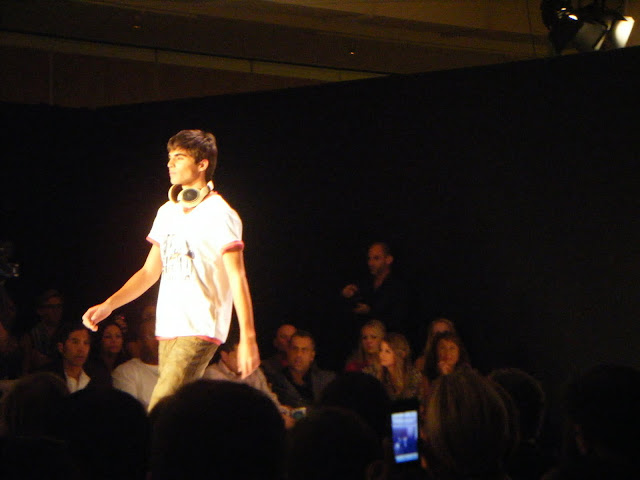 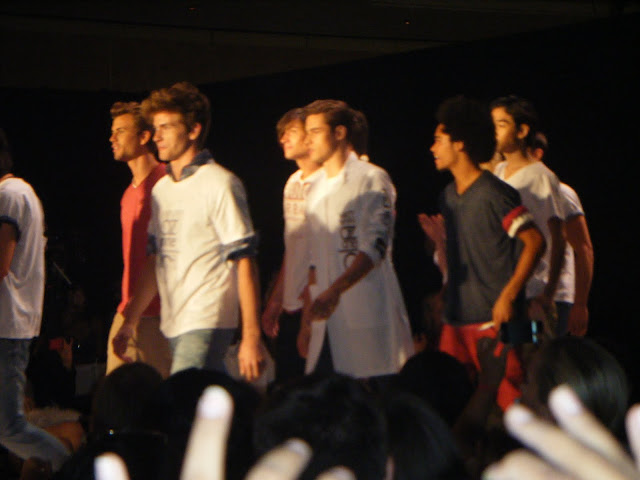 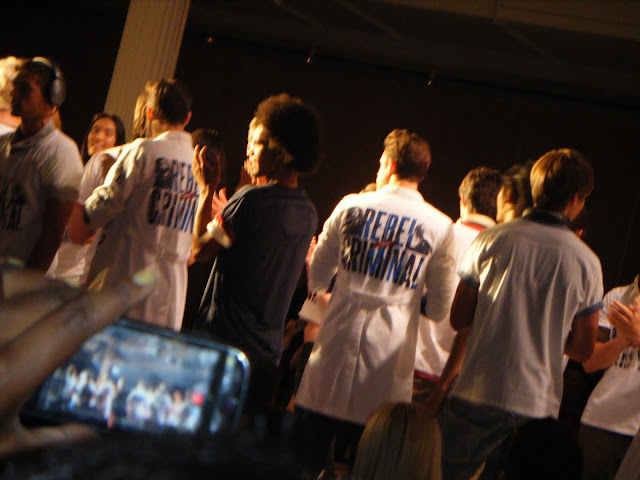 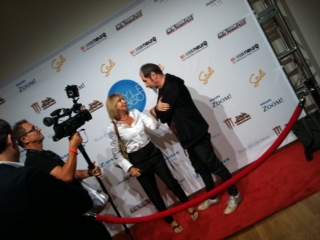 François was in fine form, waxing poetic about the future wash treatments with international press, while hosting a phalanx of towering ballers — like NBA star Dwight Howard, above wearing one of the “Rebel not Criminal” logo tees. 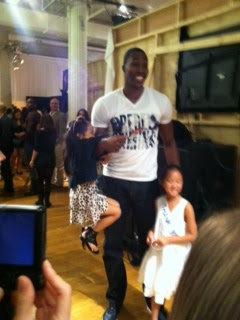 He not only opened the show at Style 360’s venue at the Metropolitan Pavilion, but held a different kind of court backstage afterwards, with young models Macy and Emile who sported “thank you” sashes at the wrap of the runway show, a props to the two French designers for taking an environmentally-correct stance (they don’t use any toxic washes or treatments) and for inventing a new tomorrow for the next generation.