Always lovely catching up with the new crop of on-the-cusp retailers. A round of whom we convened with during the Capsule AW14 Show. 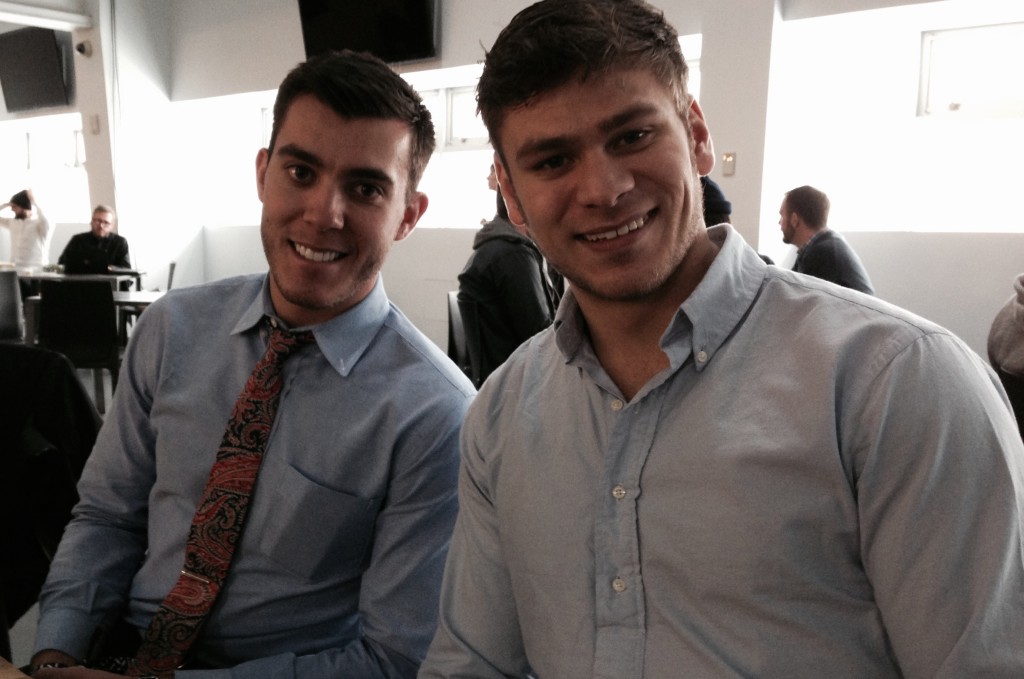 Got to hear how Atlanta’s set-to-launch online menswear collective, Elk Head Clothing, is still tweaking and expanding its concept. Founders Garrett Hilgendorf and Jonathan Ruane updated me that they’re designing their own collection now and are in the process of manufacturing, partnering with existing well-known menswear companies. Planned pieces will include the easy chambray popover Garrett sports, above, as the duo partners with New England Shirtings for shirts. Plus, they’re adding outerwear jackets, collab’ing with Golden Bear out of San Francisco and trousers,  like the soft canvas pair also worn by Garrett, from Brooklyn’s Hertling. Garrett said they are going full force into their Elk Head philosophy and sourcing elk hide for elbow patches on certain shirts and jackets to carry out the theme. Elk Head plans to carry outside accessories. I’ll have the list here soon. The two also shared how they love a great sock and dress from the bottom up, as in, feet first in the morning. Gotta love that. Look for them soon online. 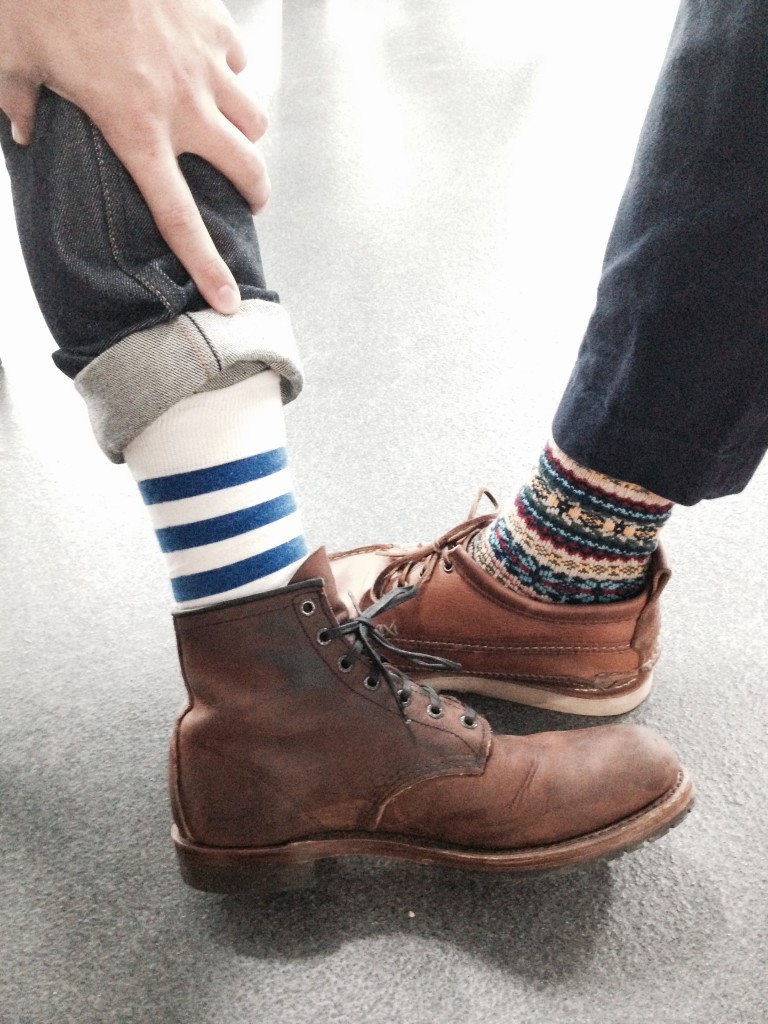 The Atlanta residents say they both dress from the feet up. Great socks!

Gearing up to open any day now (he’s shooting for March 1st) Noah Zagor’s shop Meyvn on North Kedzie Avenue in Chicago will serve the Logan Square area. Mevyn means exactly that,  “maven” in Yiddish, and if there ever was a menswear maven, it would be Noah. I’ve had the privilege to be acquainted with Noah for a few years now and he always amazes with his insight and historical knowledge of fabrics and design. 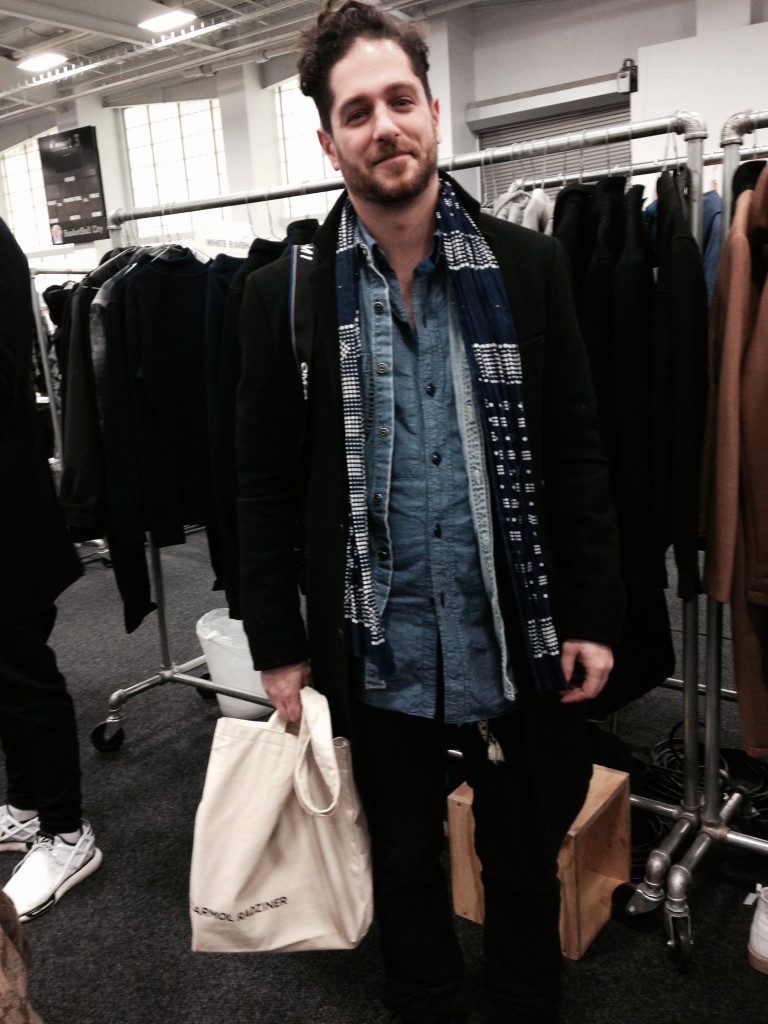 Noah Zagor of the set-to-open Meyvn Shop in Chicago

Mevyn will carry an eclectic range. In Noah’s own words, “Everything from a traditional designer such as Todd Snyder Collection to a cutting edge streetwear label such as Han Kjobenhavn [the line behind him at Capsule].” For Spring, he’ll have not only Todd Snyder, but also Common Projects, Folk, Dana Lee, Soulland, Objects without Meaning, Monsieur Lacenaire and Natural Selection. The space is going to feature work from local artist and designers, as well as a small assortment of apothecary goods.

“We’ll also have a selection of magazines, art and design books, music, small designed home goods, an in house line of candles, and a selection of accessories that I’m designing (caps, hanks, scarves, ties).”

I hope it will be something akin to the neckwear he’s wearing! 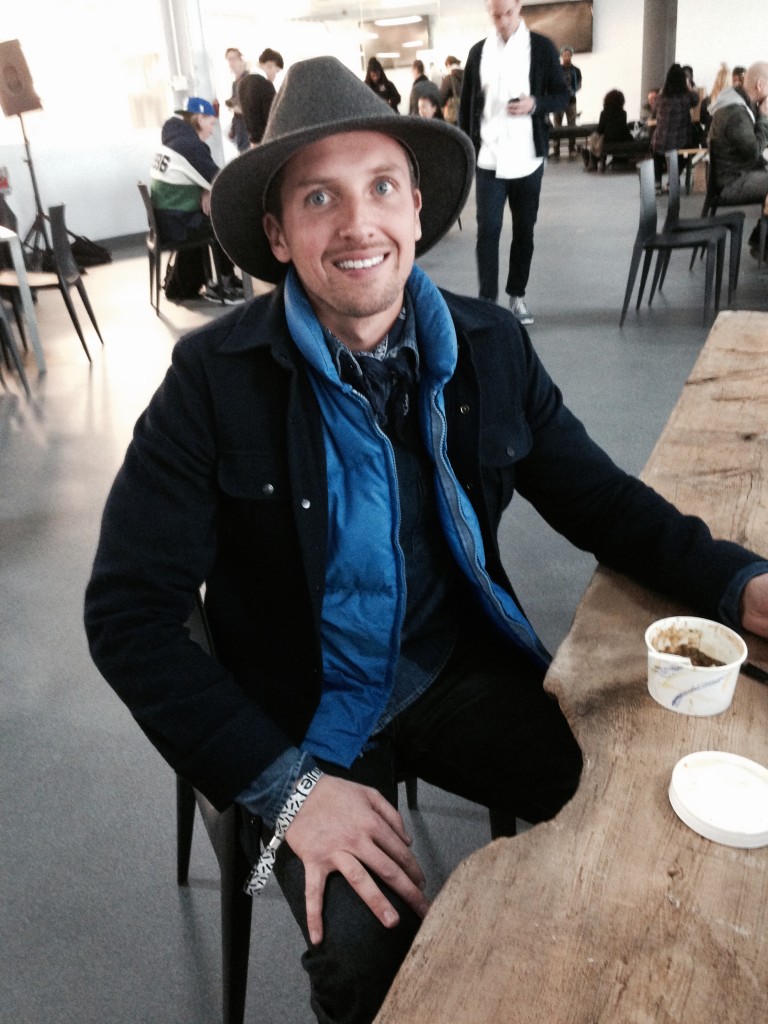 Also had the chance to meet and rub elbows with Pete Surprenant, who has launched North Menswear in the Laguna Beach area within the past year. Pete tells me that North Menswear is classically curated but with that relaxed West Coast shopping vibe with the emphasis on quality men’s goods and clothing.

“I wanted the feeling of the store to be unlike any other. I want you to walk in and be taken to another place. The décor consists of vintage pieces. All of which have stories behind them. Example… The portholes hanging on the wall were pulled off the ocean floor from ship wrecks by a family member. The shelving unit made from WWII gun crates…My grandfather was a pilot in WWII and I wanted to homage to him and that whole generation that will not be repeated. I could go on and on, but, basically, I want people to come in and stay awhile…tell stories, share a stream of consciousness, and be inspired.”