I hate to be a cry baby, but this was one of the worst venues to maneuver around in the name of “viewing fashion.” Perhaps I was upset because I lost my favorite black wool knit hat there while trying to do just that. Maybe it was because I almost fell into one of the models standing on her raised pedestal after someone with a backpack swung around to take said model’s picture. Or chalk it up to having to squeeze through non-existing holes in fashionistas six abreast to get from the first group of models to the end of the fashion gauntlet. Whenever it was, the narrow little presentation path at Ed’s Chowder House at The Empire Hotel was clearly entirely too narrow to encourage great fashion feedback.

But, ah, there’s the rub. I actually fell in love with much of designer Emily Saunders’ Saunder AW2015 collection. Her creative refashioning of clothing based around the cutting off of wife Catherine of Aragon by Henry the Eighth (or was that her head?!) was inspired by London stage adaptations of Hilary Mantel’s novels Wolf Hall and Bring Up the Bodies. She stuck with the metaphor on many levels, from makeup to fingertips.

Saunders gave a quirky nod to tweeds, tartans, Tudor tailoring and punk. But it was the nails that were to die for, as was the jewelry. Accessories designer Megan Isaacs, in a fourth collaboration with Saunder that she called Modern Tudor, put forth an heirloom box’s worth of jewelry meant for a queen. And the nails? Nail artist Patricia Yankee crafted each one into tiny jewelry on the end of each finger.

This is fashion you don’t need to lose your head over — it’s easy to understand and will be great to wear next winter. Have a look; we’ve already parted the crowds for you. 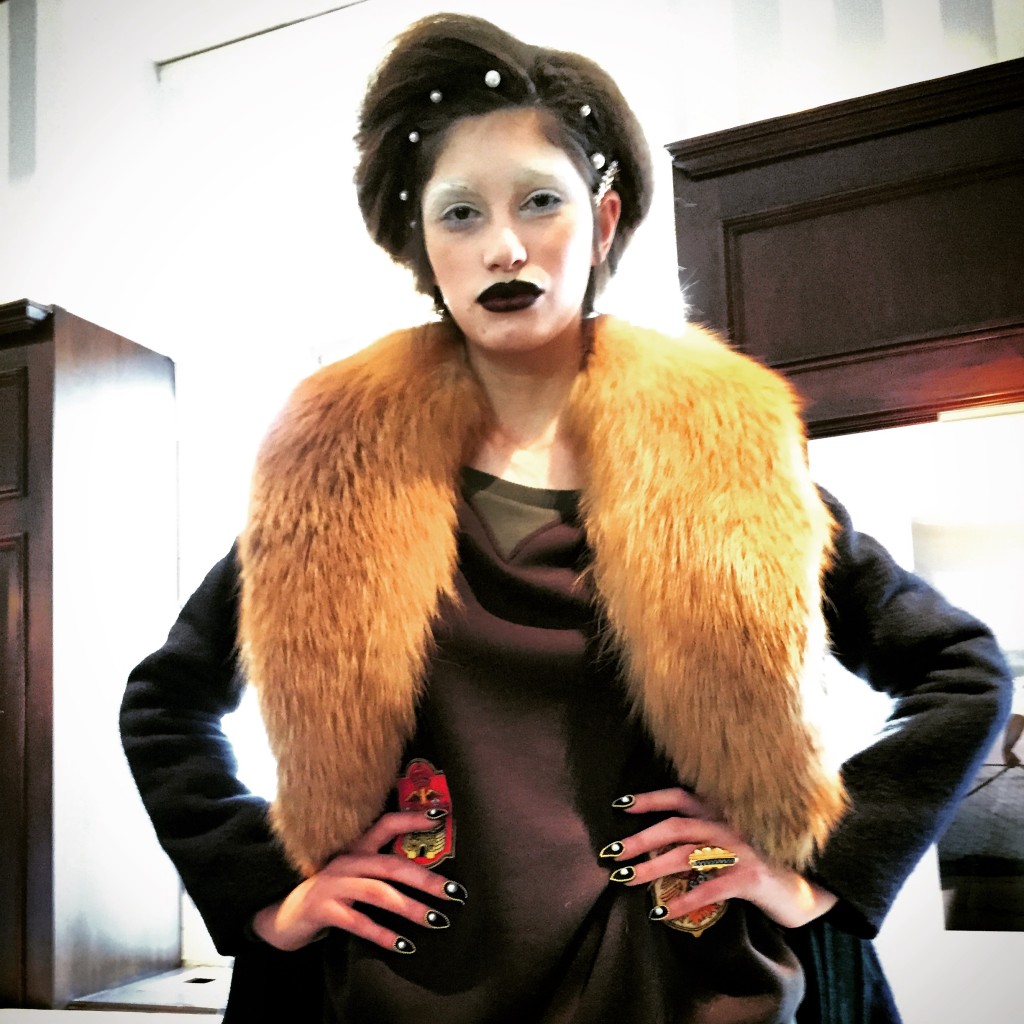 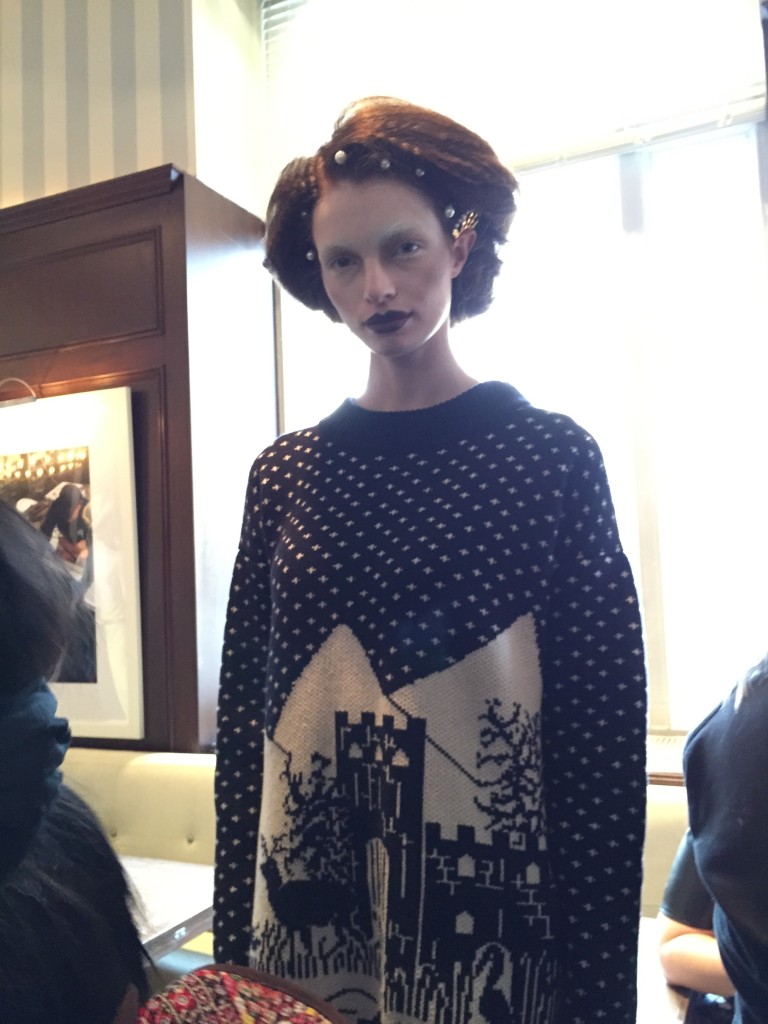 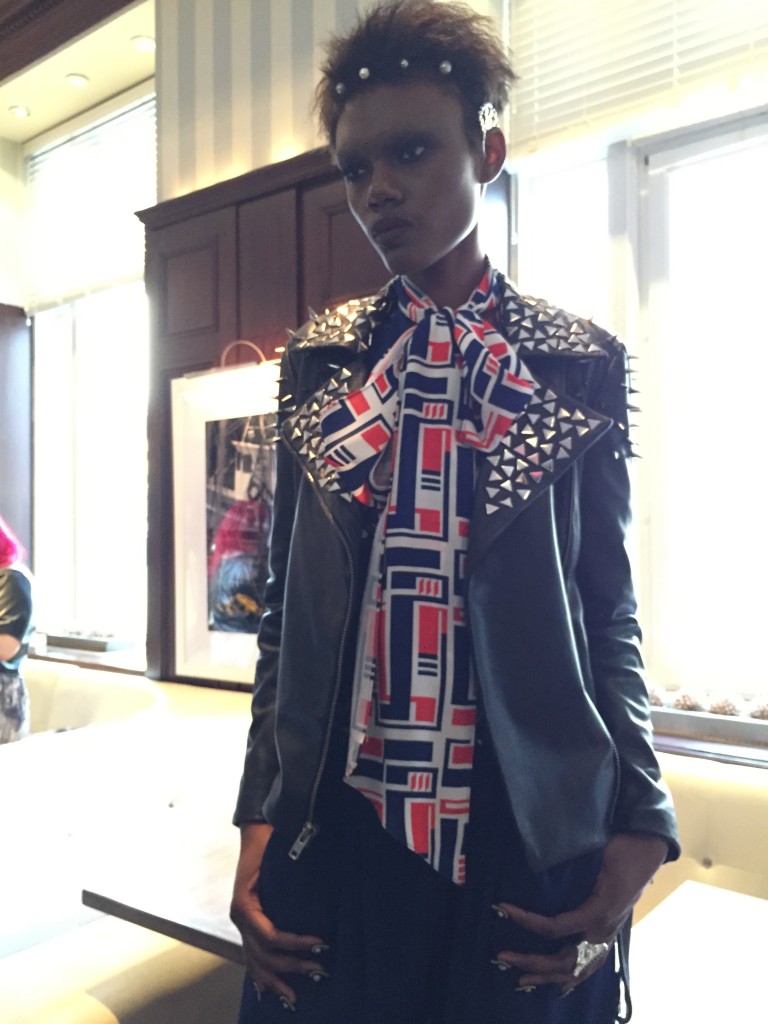 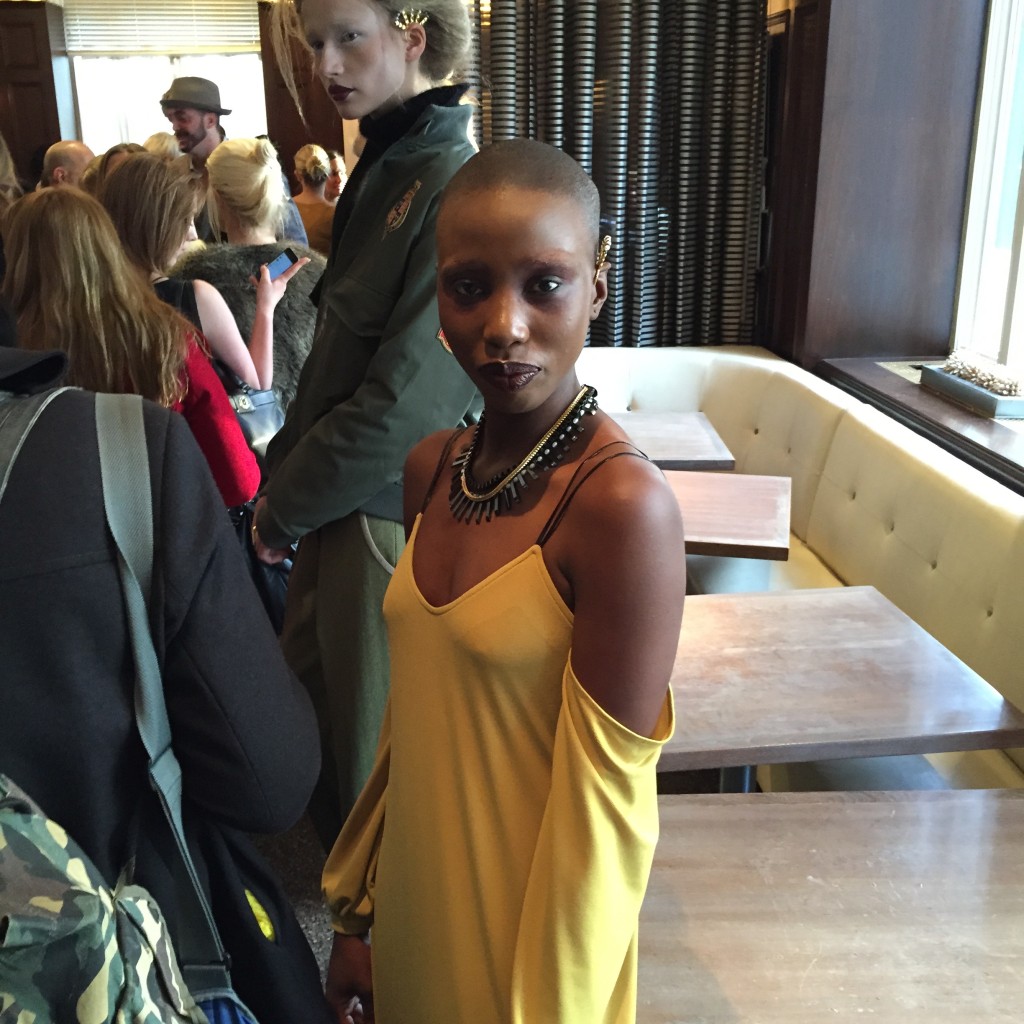