Ricardo Seco’s first menswear foray, “Fly In New York,” appeared almost as an afterthought of New York Fashion Week — his runway show transpired Thursday night at Exit Art with little fanfare and a dearth of attending menswear editors and bloggers.
But Seco’s slim suit silhouettes vibrated with sheen and shine. His skinny rocker pants paraded in pops of red or leather mixes. Furry vests cozied up to  lofty sweaters. And combo fabric and pony or  leather outerwear pieces were as cool and sophisticated as they were new and refreshing.
Huge totes and lace-up-the-leg black Converse — Seco’s already known for his collaboration with the downtown footwear giant — were icing on top of the rock-band cool confections from this Mexican designer. The tents should find themselves pro-Seco next season. No doubt. 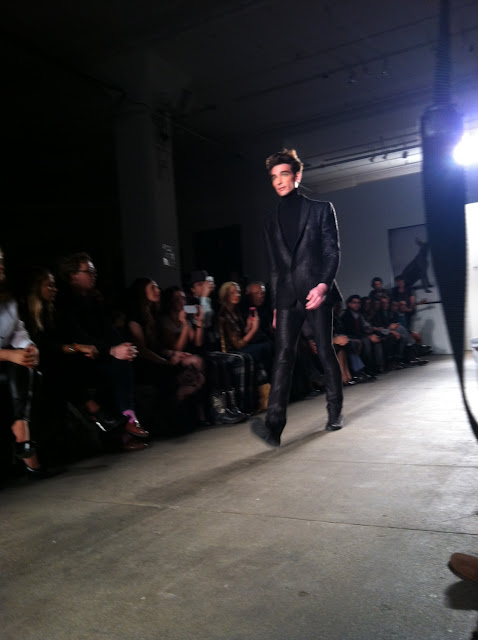 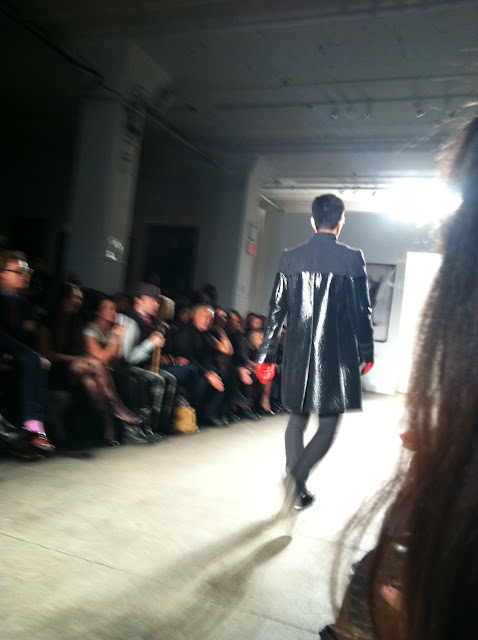 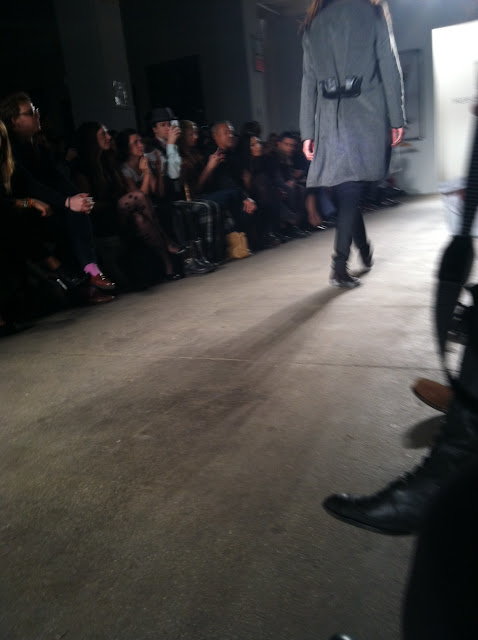 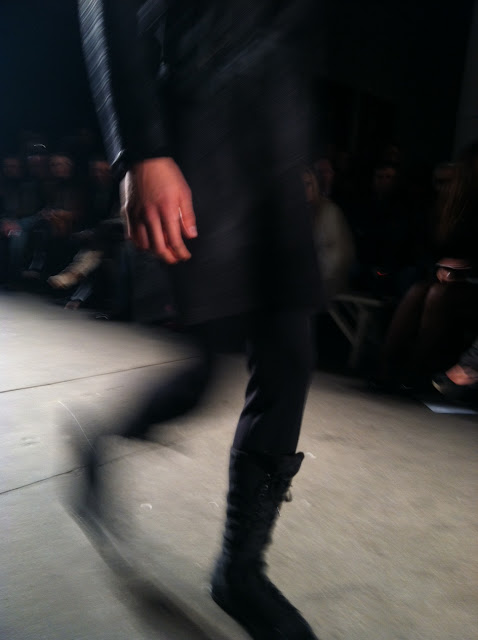 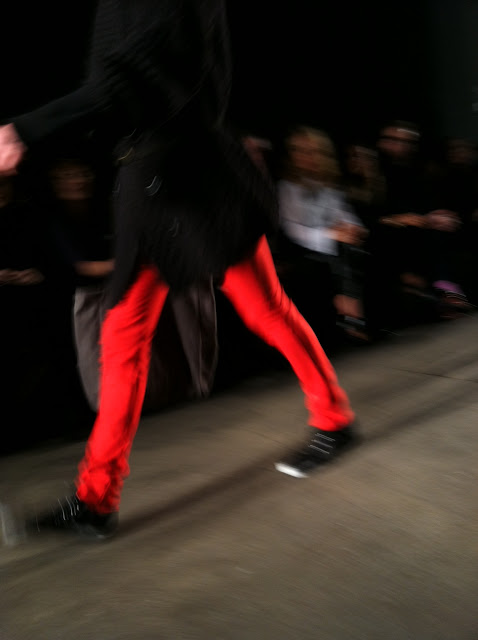 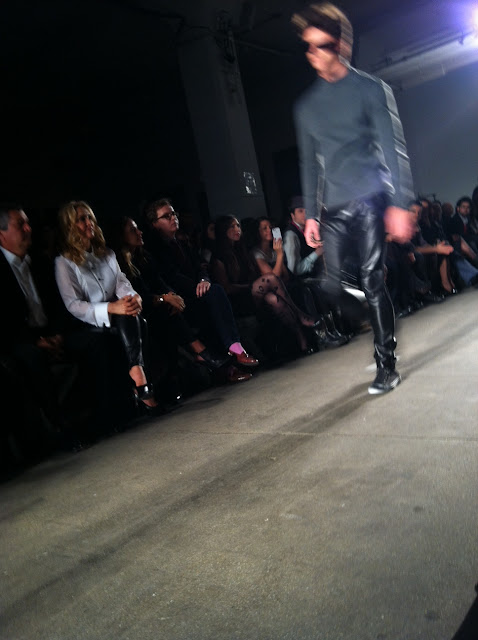 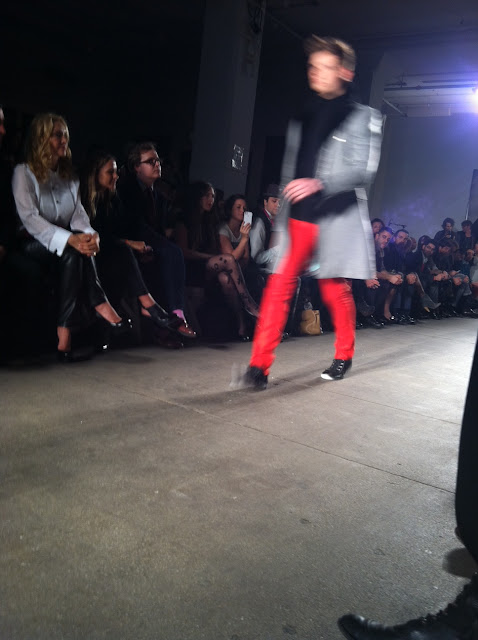 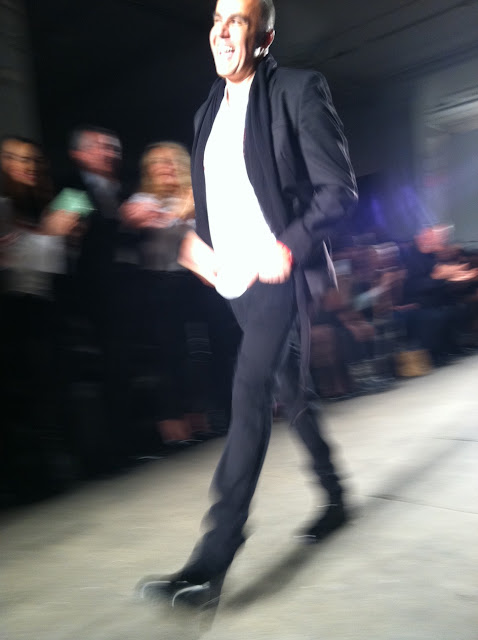