Duckie Brown’s design duo of Steven Cox and Daniel Silver never fails to impress. They always shake up things, from wide open silhouettes that prompt proportion play to standard menswear mashups. This season they opened their Spring 2014 show at Industria with Leikeli47’s “Miss America” – a catchy little number that musically insisted “I dress like a boy, talk like a girl” – and sent their Duckie dears out in skirts, layered aprons, elongated halter shirts and drop-crotch shorts. The effect was thoroughly modern, Milly! The stalwart palette of white, navy and khaki ensured a wearability and understandability that the basketball skirts may have belied. Don’t forget the style renderings of Braveheart, Alexander McQueen, Jean Paul Gaultier and Vivienne Westwood…skirts are old-school menswear. And, really, who doesn’t like a man in a uniform?! 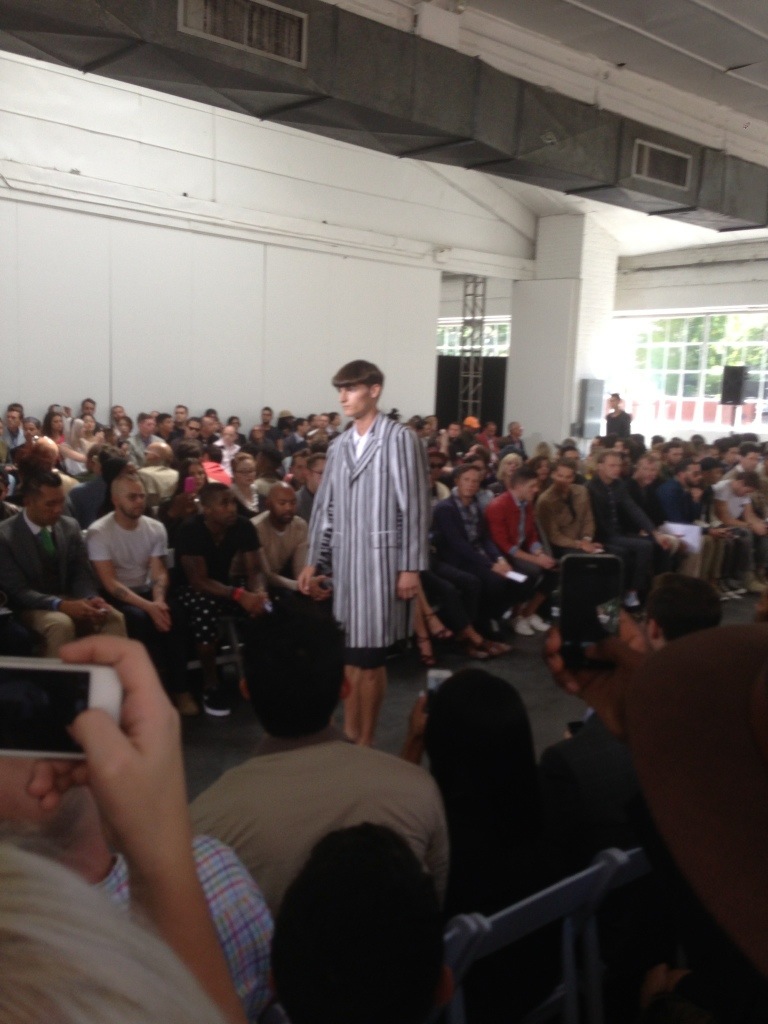 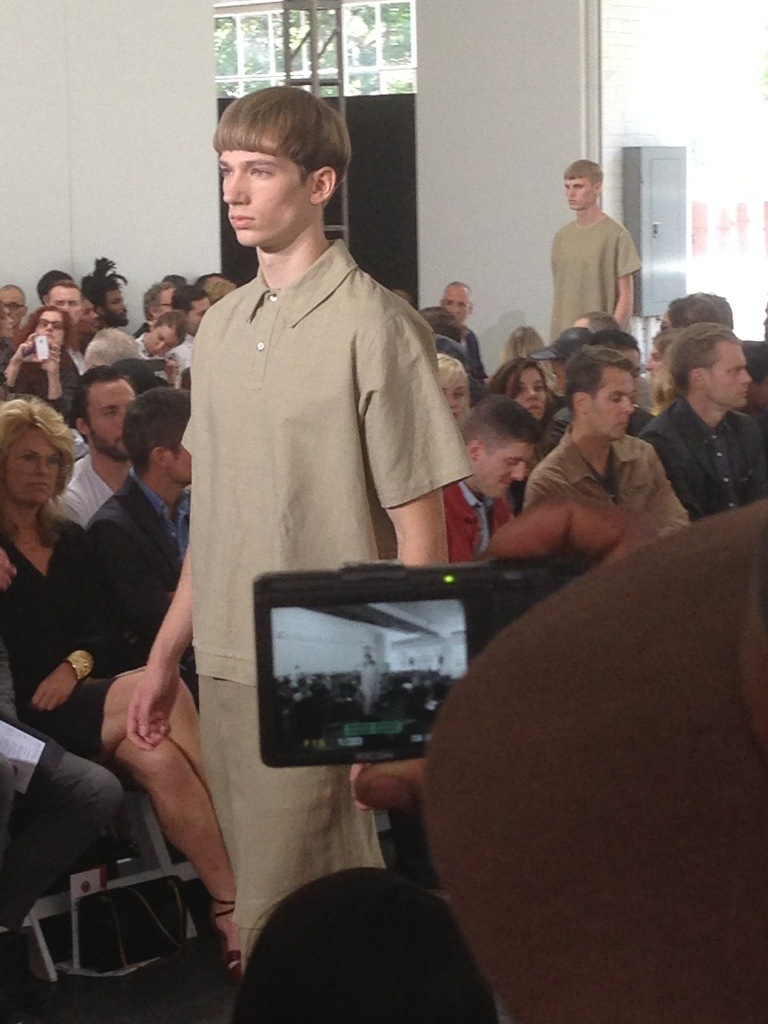 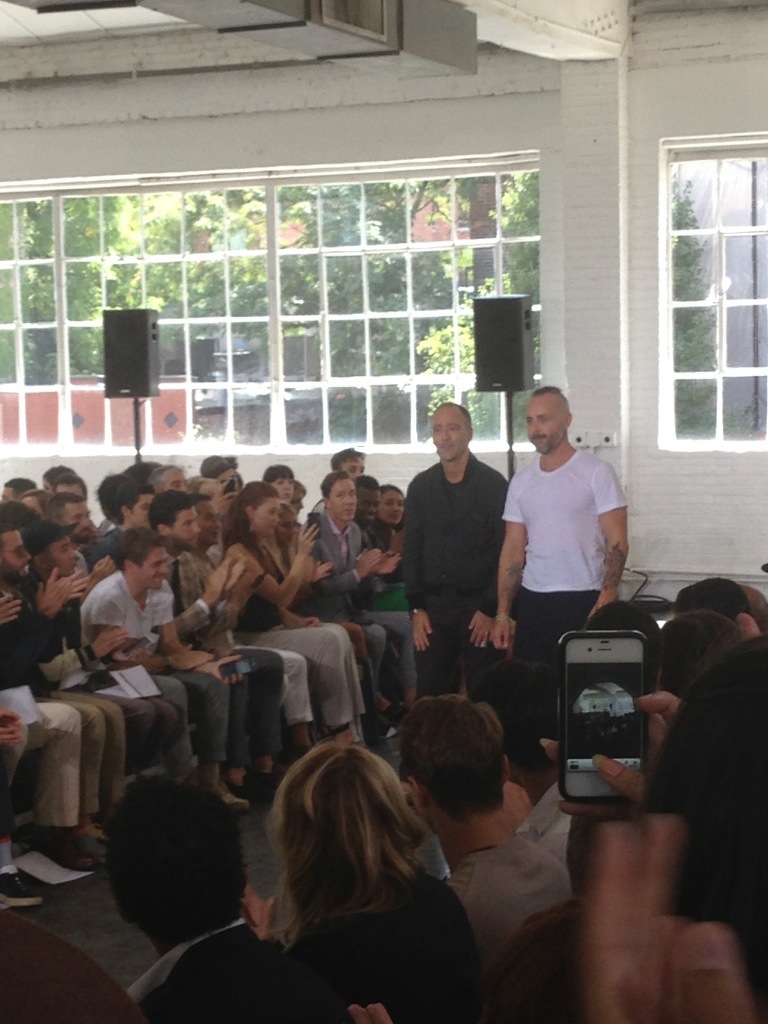