Visionary. Pop artist. Futuristic interpreter. Internationally-acclaimed artist Mariko Mori, considered one of the most important artists emerging from Japan in the past 50 years, below, graced the Japan Society Gallery this past Wednesday. 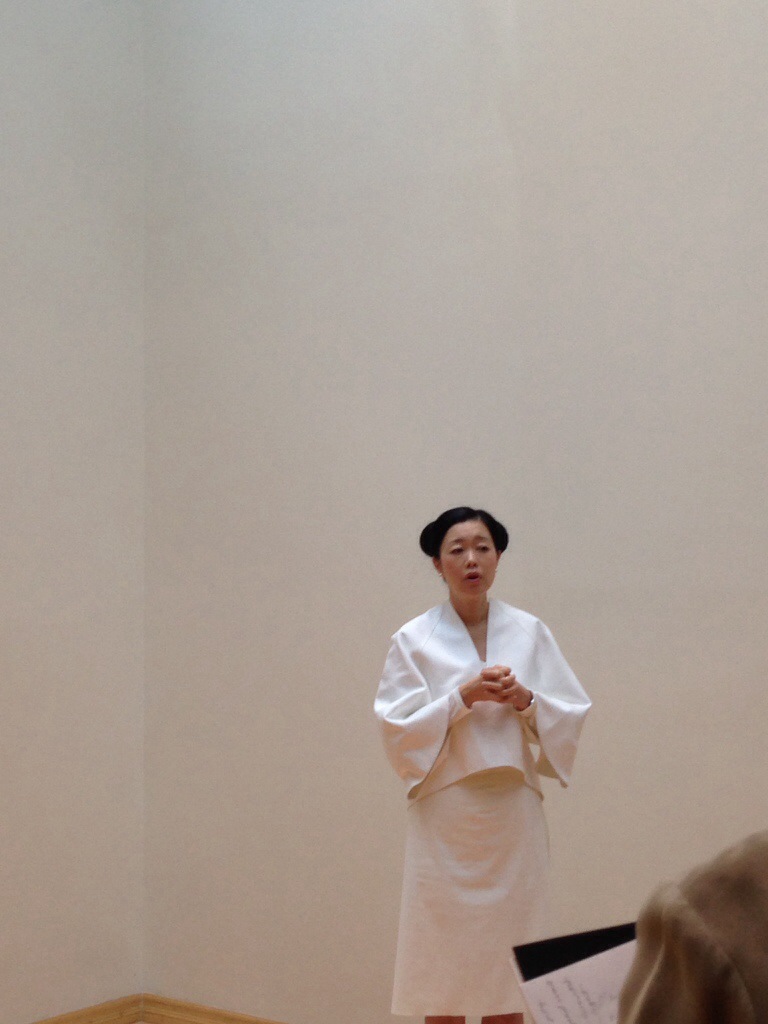 FashionWhirled loved the sculptural, architectural winter white dress and cocoon top that she was wearing, but when we asked Mariko who the designer was, she couldn’t remember, but thought that it was a New York designer! We conjectured Maria Cornejo, and Mariko promised to email me, but so far, no word. Absolutely adorable. Once you see her stunning art pieces, you will know her thoughts are elsewhere.

Anyway, after a lovely little bento box lunch, our small press group was treated by the inspirational Mariko, who guided us through her new exhibit at the gallery, speaking of inspiration culled from the sea, life, death and birth for “Rebirth: Recent Work by Mariko Mori.” I highly recommend catching it – on view through January 12 of this next year. The Japan Society Gallery is easily accessible – 333 East 47th Street.

Begin at the remote past, the “Jomon period (3500-2500 BCE),” with a prehistoric vase on loan from a private collection, progress to the high-tech Stonehenge-esque arrangement of glowing totems by Mariko, then on to digital Cibachrome prints that portray Mariko’s representation of “alaya” consciousness, a consciousness of sentient beings that is fundamental to Buddhism. The continuous cycle of life culminates in her stunning interpretation of a white hole, the “antithesis to a black hole,” or what she calls “a conceptual wormhole,” with its spiraling center of light that spins in a darkened gallery room, growing brighter, bigger. Says the press release: “The light’s spiral trajectory has been calculated by Mori in collaboration with the astrophysicist Shin Mineshige at Kyoto University based on a hypothesis of an energy generating white hole…” Fascinating. Science as art. Art as science. 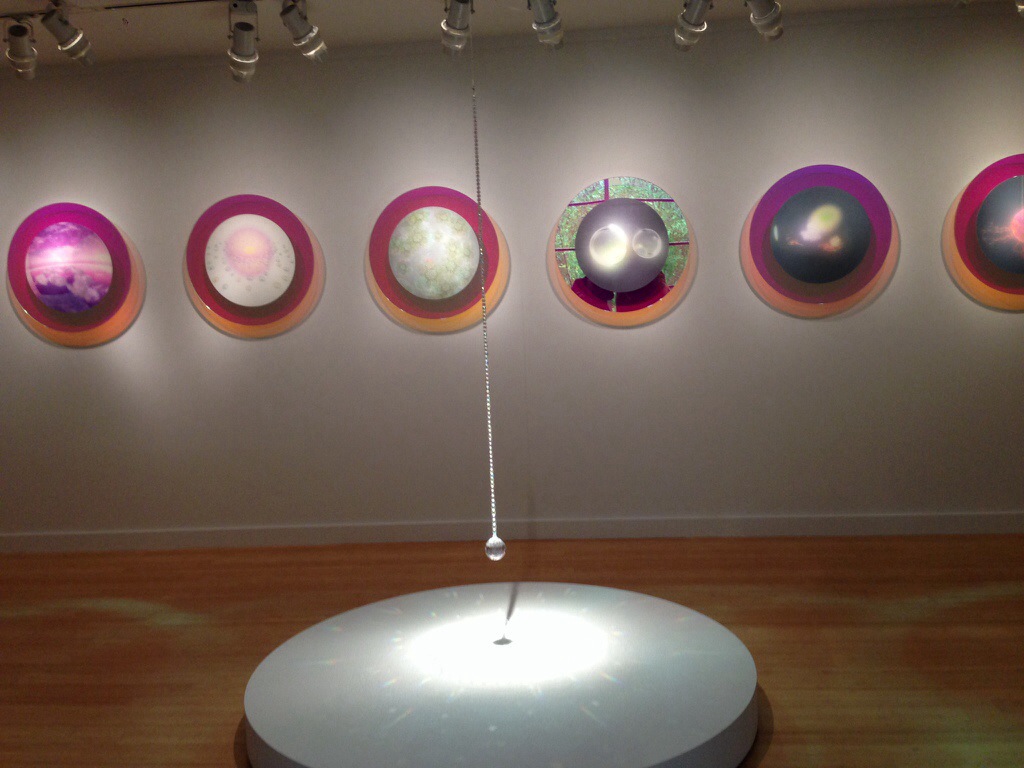 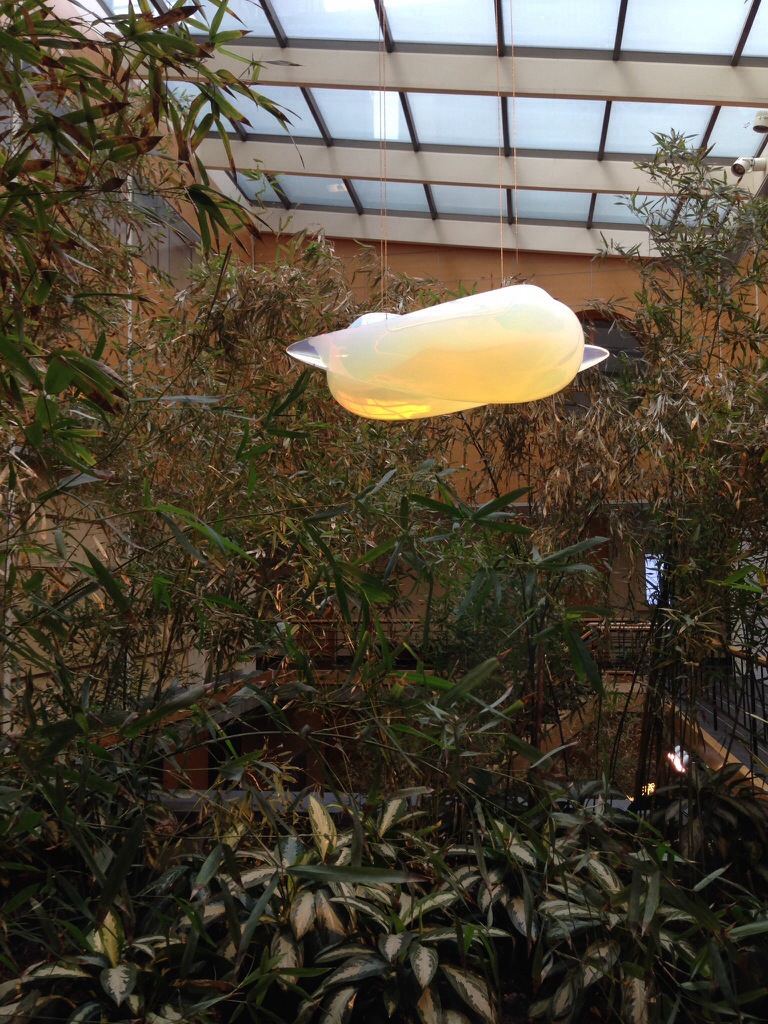 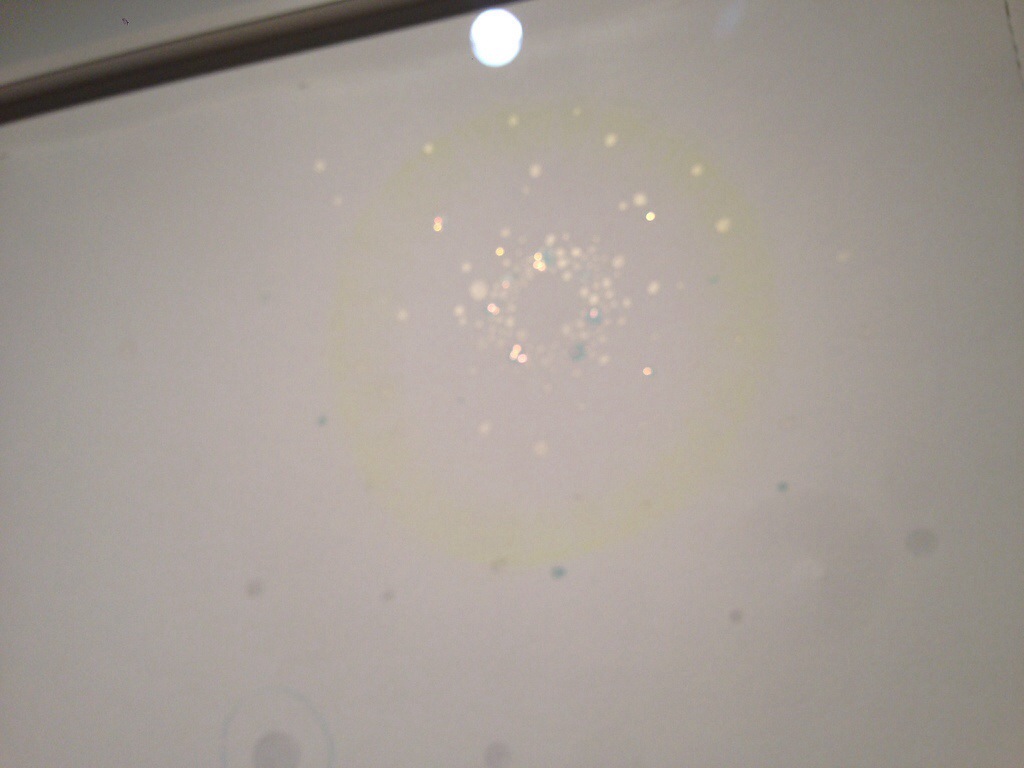 The white hole in the dark