Some sort of security snafu kept editors, buyers and well-wishers waiting forever to enter Jad Ghandour‘s eponymous Spring 2012 show at the Box venue at Lincoln Center Monday evening. Inside, we realized we were surrounded by what looked like secret service wearing ear pieces, which could’ve just been normal for the tents.
But then the lights went down, came back up and there they were, on stage.
The security risk. 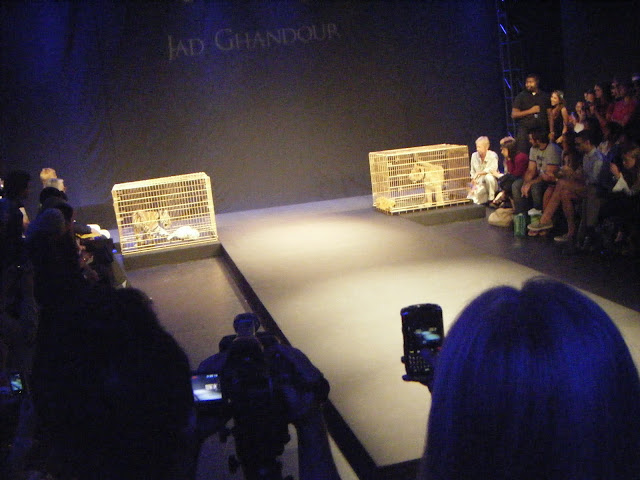 A golden-caged baby lion cub on the right, a baby tiger cub on the left. Things got even wilder, fashion-wise, that is, after that. 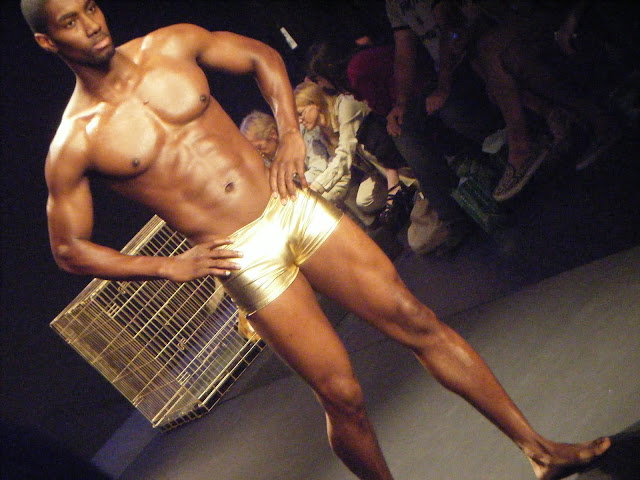 Buff beefcakes bared it down to basked-weave or solid, smooth golden swim briefs, while ladies swirled around in fishtail cascades of tulle or satin, asymmetrically cut bodices and even full on golden girl get-ups that, quite frankly, reminded me, alternately, of Hugh Hefner, Katy Perry, Rhianna and Janet Jackson. Go figure. 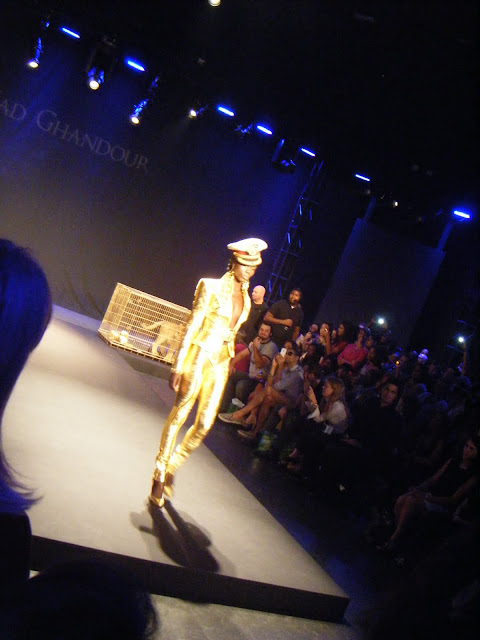 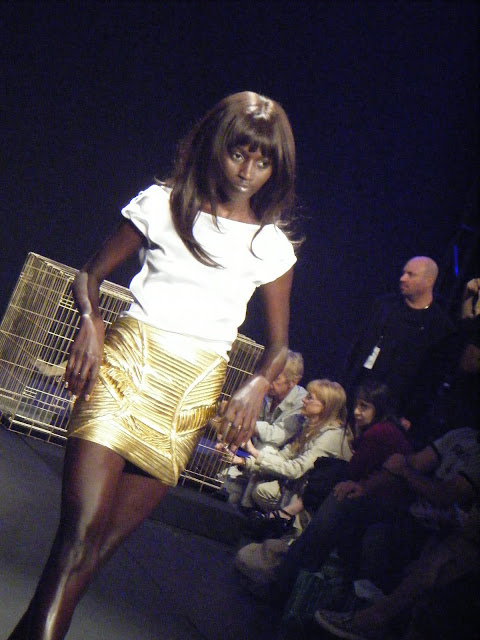 The tiger pup played with a stuffed animal in a fairly calm manner; the lion baby kept trying to swat at the long, flowing skirts of Ghandour’s gowns. It was actually pretty sad that he was trapped there, in a crate, with the music pounding and the flashes strobing. Ironically, his stuffed animal was a small tiger. Not even sure what the implications are there. I wanted to rescue the poor thing, but he did seem well-attended to by his handlers, who kept soothingly stroking his tail and back end through the mesh. 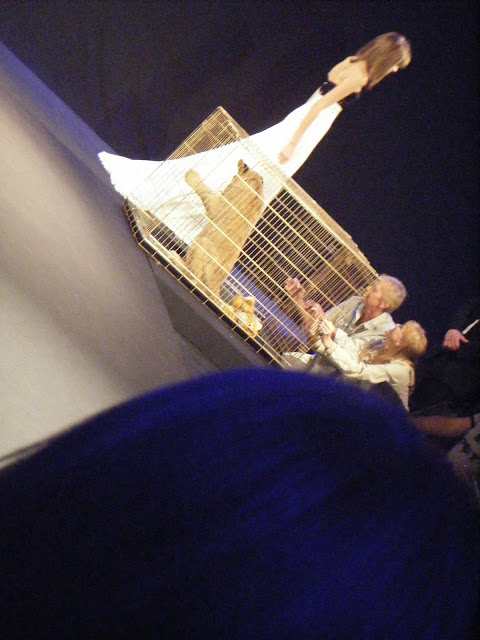 Many of the confections created by this Beirut-born protégé of Elie Saab are perfect Red Carpet wear, though. From the awards-worthy gowns to the golden metallic statement sportswear.
My one piece of advice to Jad and his team? Keep the wild fashions in their natural surroundings of runway and red carpet… But return the wild cubs back to their natural habitat. 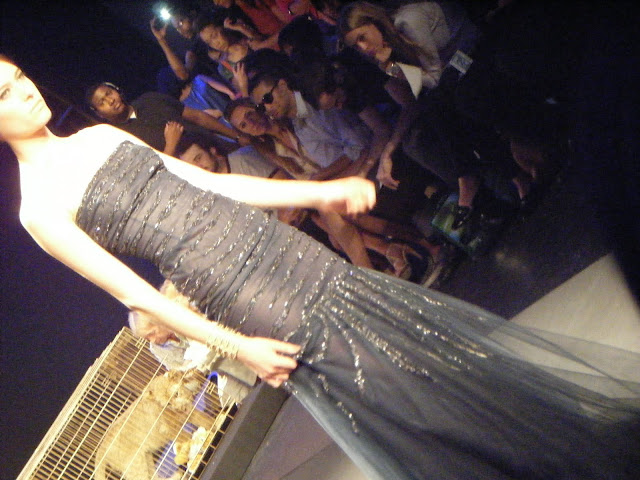 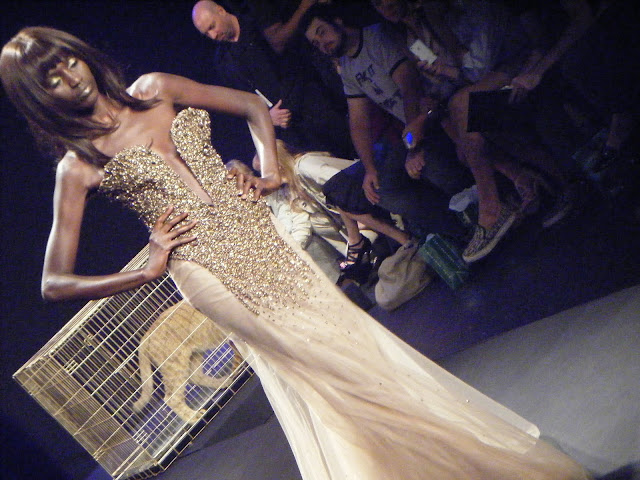 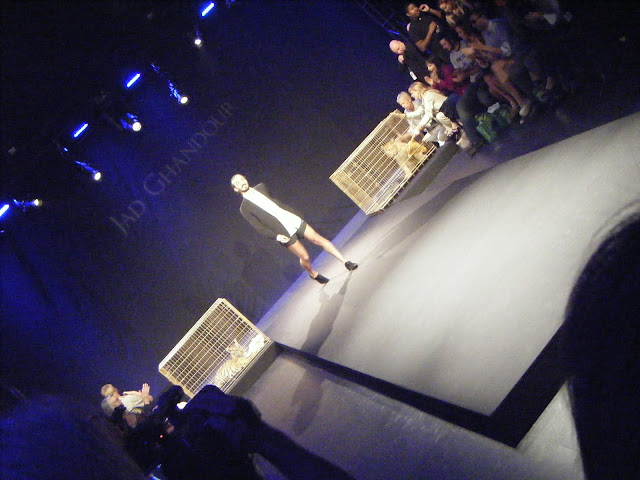 The designer takes his runway walk.