You’ve heard us gush over Angela Shore before, here on FashionWhirled. Both she and her amazing Jiva-Apoha line of natural beauty and health products – fabulously scented, organic moisturizing oils, for face, for body – are the real deal. Down to earth. Naturally based. Grounded in the right stuff. Full of light + life. Spiritual + loving. Beautiful.

Thank goodness we’ve gotten the opportunity to gush about her again! Yes, we’ve gotten the “High 5” from her: she’s today’s  Friday:5ive feature. Please read on and be illuminated. We certainly were!

FashionWhirled:  As a young model, fashion must have been an early focus in your life! What role does fashion or style play in your everyday life? How is that reflected in your past as a model and now in your present and future as founder and creator of Jiva-Apoha? 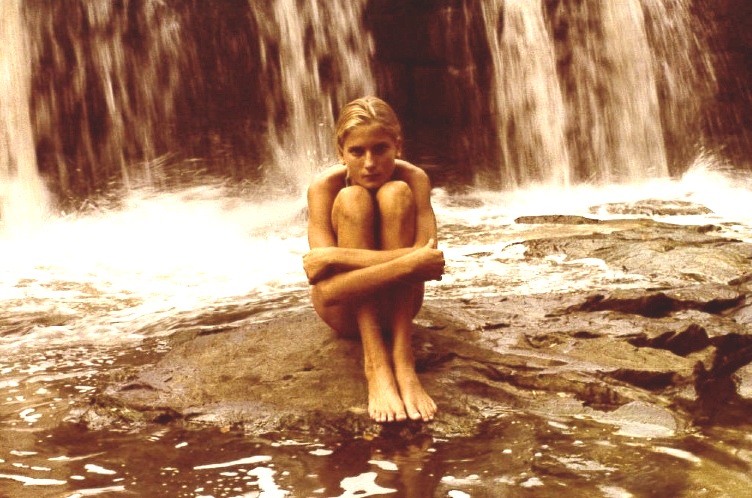 Angela Shore:  It’s deepened my spirit and has brought me closer to the ones I’ve admired for years since childhood. I was influenced by my mom and her sisters from watching them hand-glitter platforms to my uncle spraying his cowboy boots in bronze. The roots of paying attention has taught me that we have the ability to create a unique style by being simply inspired. This ultimately has led me to the path of blending my own passions, creativity into Jiva-Apoha.

FW: What was your “aha” moment that led you into the fashion world? What is your creative process in dressing, and what’s been your favorite piece of clothing through the years?

AS:  In 1981, I visited my Uncle Ricky, who lived in NYC late 70’s to early 80’s. The exciting Studio 54 days. Grace Jones’ “Pull Up To The Bumper” just hit the record stores and it was on FIRE. The Odeon was the place to be downtown. I was 14 years old nestled in between Deborah Harry and Calvin Klein. Brooke Shields had the eyes following her and everyone wanted to be dressed in Halston. Ricky had a special love for his Claude Montana and Armani. I watched him turn window making into art, style a woman like there was no tomorrow and make a man feel like a real man. All in all, he showcased that “fashion” was the greatest pleasure with such a natural taste. I was hooked by the excitement and from there I followed his footsteps. 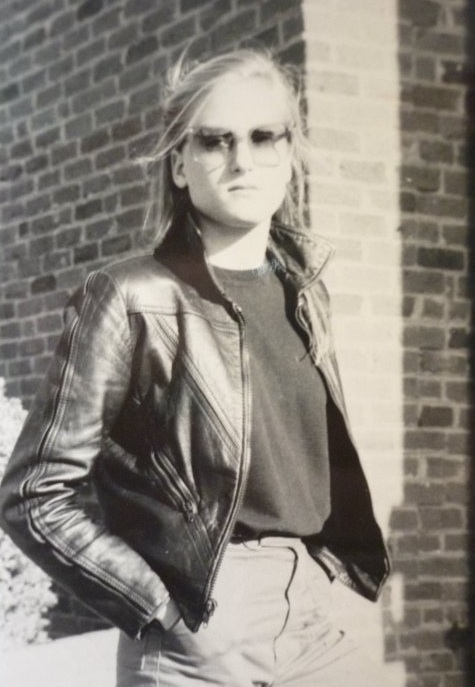 My creative process depends on the mood. Selected music. And according to what’s on the agenda for day – night. These days I’m the happiest in my tee shirts, blue jeans, accessories & boots. I must admit that I have a tad of an obsession with jackets, vintage turquoise, belts and eyewear. Vintage in general. 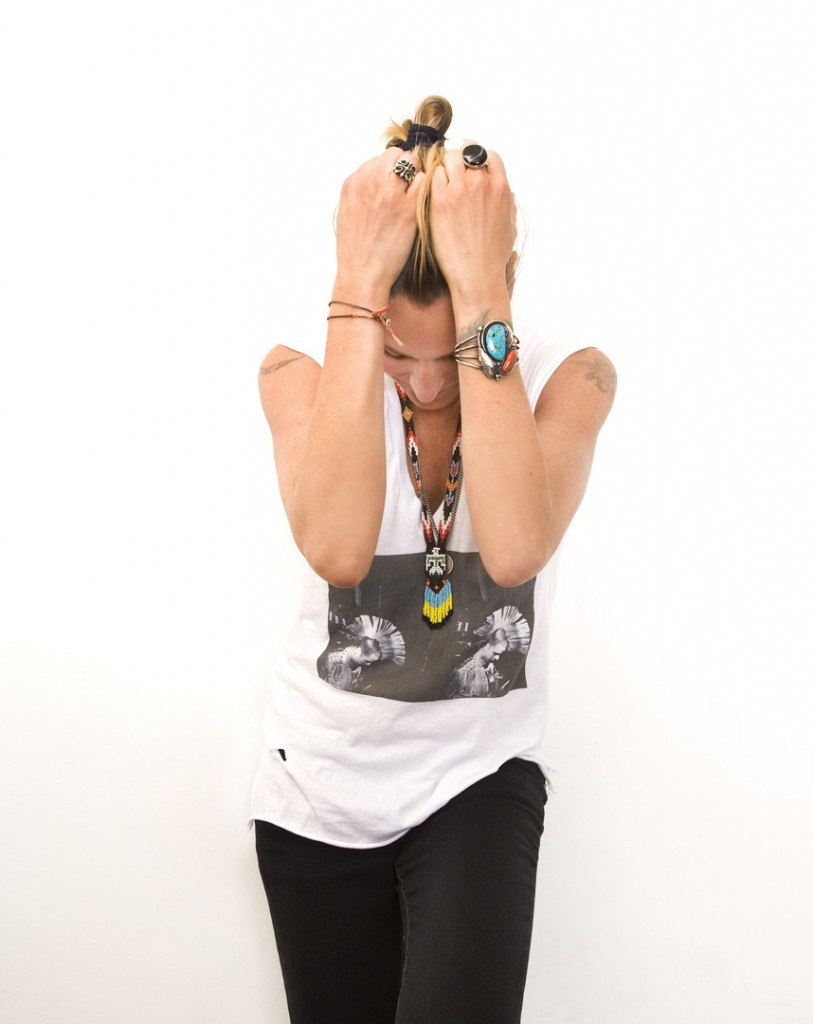 FW:  Who is your muse? Why and how does she or he inspire you?

AS:  I have a list that falls in the category of musicians, philosophers, and artists. However, top of this list is my soul mate, Richard Fredrick Shore, my “Uncle Ricky.” 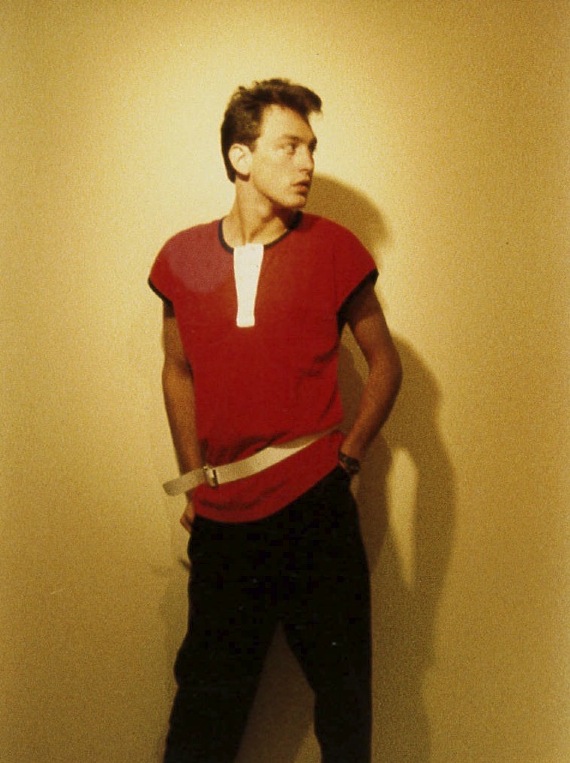 Ricky has always acted as one of my guiding spirits – while he was living and even now since he passed in ’94. He was truly one of the funniest people ever! His stylish, sophisticated ways and ideas made him a believer in getting me out there in the world, to observe human behavior, to experience new things, to build confidence in the social settings and to never be intimidated, to become the person that I wanted to be in this life. Ricky was always ahead of his time and with his sensibility in the fashion world.

He used to dress me in Chanel, Norma Kamali and Ferré back in the ’80s. Once I found my own identity, I traded piles of clothing and jewelry in for a turquoise cuff, vintage flare jeans and a pair of black sun frames.

That day I met him for lunch, he smiled and said, “Finally, you know who you are and it suits you to wear your hair messy.” I guess you could say that I was more comfortable in the ’70s. 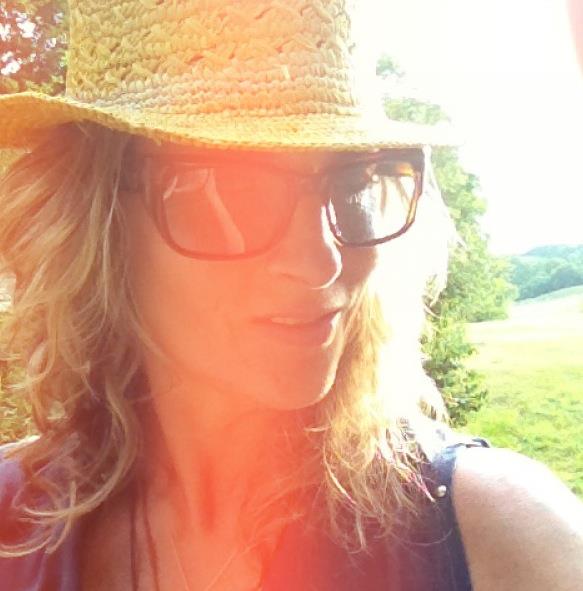 I study and practice Ayurveda, the “Knowledge or Wisdom of Life.”

It’s no coincidence that I ended up on this path. Ricky knew the meaning of LIFE so with this teaching, I’ve now become a healthier, stronger person today. 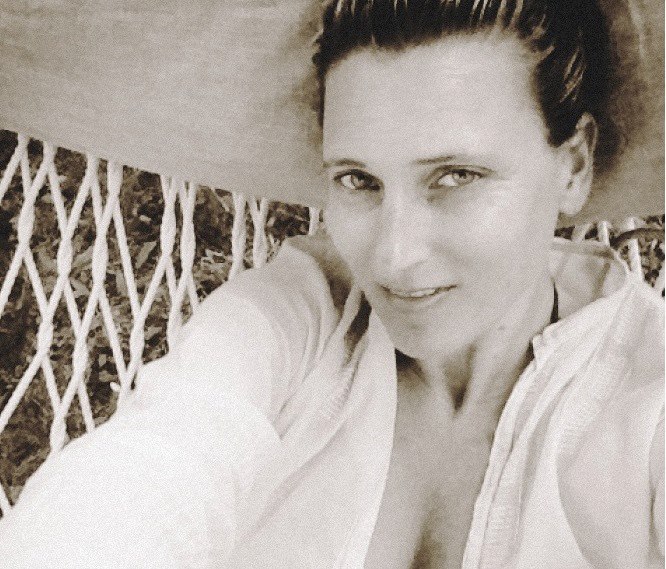 FW:  If you could have any notable individual — dead or alive — fall in love with your Jiva-Apoha philosophy and purchase and use your products, who would that be and why? 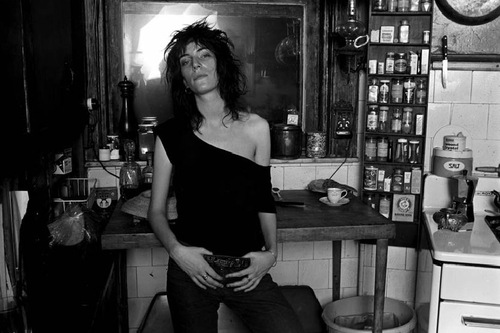 She is, after all, the first Rock Shaman. 1967 was the year that she moved to New York City. My 1967 Body oil is inspired by the time when change was in the air. I remember playing her album “Easter” as a kid and listening to Ghost Dance, the lyrics moved me in such a way even though I didn’t completely understand; I relied on the emotional feeling. Her music only gets better with age! I relate to her soulful relationship with Robert Mapplethorpe. I love Patti Smith and seeing her perform is powerful and naturally intoxicating.

FW:  What words of wisdom or inspiration, or daily affirmation do you live by, or at least strive to live by? And what legacy, fashion or otherwise, do you hope to leave to the future and why?

AS:   I’ll be attending Kumbh Mela in February of next year which is the largest spiritual and photographic journey in the world and happens every 12 years in India.

Reading material Angela is using in preparation for her trip to Kumbh Mela, a gathering of 70 million sadhus, holy men + yogis, the largest spiritual and photographic event in the world, starting February in India.

I always say my prayer (s).

I strive for liberation and practice freedom of fear.

Have a good laugh.

Stay in the light.

I make a point to always tell my mom “I love you.”

I visualize Jiva-Apoha as a unique, fashionable, old medicine man and as a sleek Health/Beauty product for the younger generation to understand. The purpose for Jiva is to offer something for everyone to experience and to enjoy. The infused philosophy of ancient healings/relations between people of the land, with elements inspired by India and Native American Indian passions to the expressions of modern day, Rock Shaman and Rock ‘n Roll Yogi. 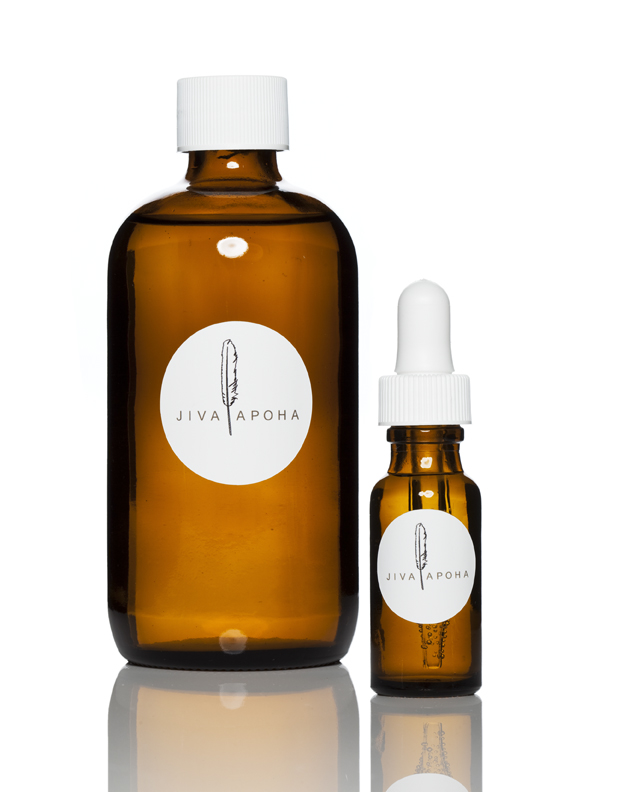 It fills me with pleasure creating a brand incorporating my playful past that has lead me into the present – taking care of people in a healthy way. Honestly, I haven’t seen this done before, so I’m stepping out of the box and going on my “Youth Has No Age” quote by Picasso feeling and visions to create the first Health/Beauty brand with a flash of vintage and classic rock. Obviously, music plays a huge role in my life. As a matter of fact, I just went back to listening to vinyl. Nothing compares!

Jiva-Apoha is here to help raise awareness in our everyday lives. Remember SKIN is our largest organ. Feed your skin goodness – it’s fashionable to have more Well-Being and Self-Loving in your life. This is just the beginning: the Jiva-Apoha landscape is on the horizon. A life-time of work will be shared and is here to stay. Stay tuned Wellness seekers and lovers! 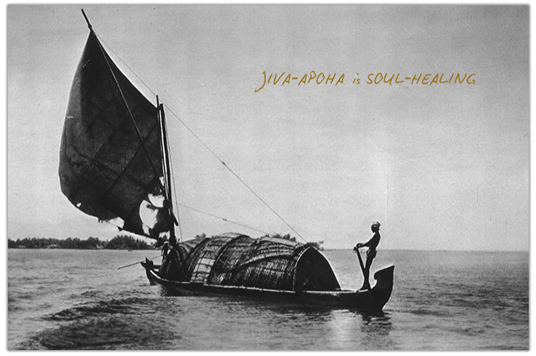 5 thoughts on “Jiva-Apoha Founder Angela Shore Gives us a Friday:5ive”