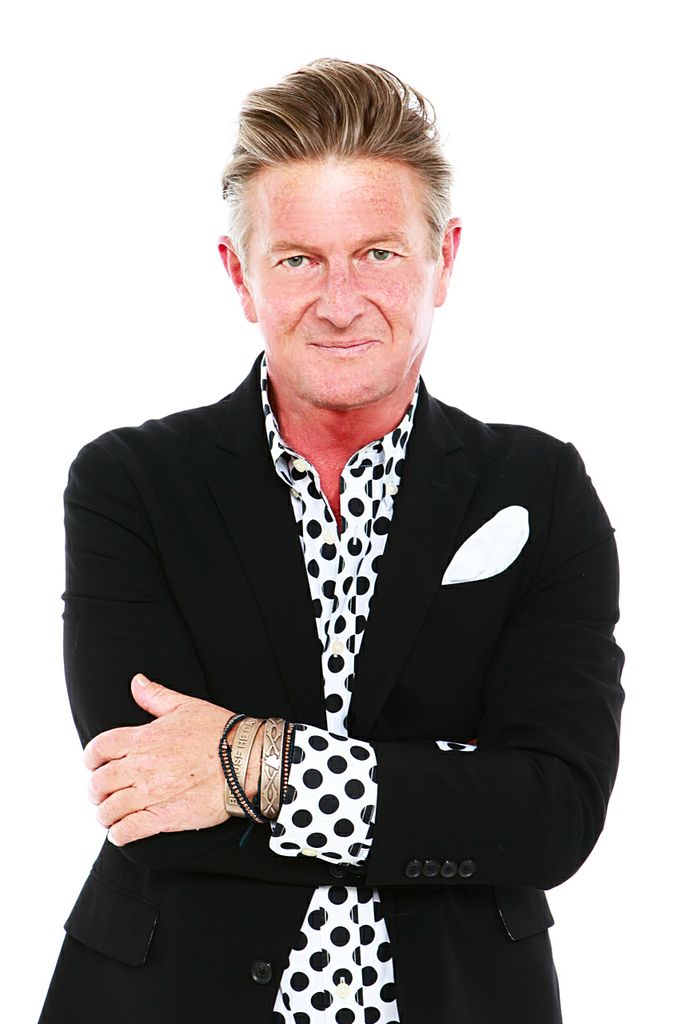 Remember Joe Boxer? Let me rephrase that. Who could ever forget Joe Boxer? Nick Graham, the man behind the boxers, as it were, is baaaack. Next month, www.nickgraham.com launches the minute – midnight December 3rd to be exact – that David Smith, the Human Cannonball, hits a net full of paint-filled balloons poised to drop onto hundreds of blank white canvases at Art Basel in Miami. The result?
Art à la Jackson Pollack and menswear  à la Nick Graham. Or, according to Nick, “the world’s fastest fashion show and world’s fastest painting!” This, of course, from the designer branded into our collective consciousness as the fun park fashion meister, the man who brought the Queen of England to Times Square (Nick, himself, dressed as the Monarch), flew a group of journalists and editors to Iceland for a one-day fashion show and created boxers that read “No, No, No” in the light and glowed “Yes, Yes, Yes!” in the dark.

And, yes, yes, yes, the hijinks and marketing hysteria may well mirror the Joe Boxer phenom. Anyone named Nick Graham gets a discount every day (and, trust me, there really are multiple  Nick Grahams; I just interviewed Nick for his viral videos project and his videographer’s name was – wait for it – Nick Graham). Orders over $100 get a free pocket square and each product label is a portal that when scanned takes you to a site for special offers and gifts. Think of Nick a little like the Alfred E. Neuman of menswear. What, me worry?! He doesn’t have to, he’s bringing “Post Prep” to the entire world via the web. Can you say “internet rock star?”

But it’s not just about the menswear. There’s the future of fashion – 3D printed jewelry and accessories: bracelets, like the ones Nick’s wearing, above, cuff links and tie bars. And a quicker way to shop, using what he calls the ADD (you don’t have that short of an attention span not to get this!) to Cart feature. Plus, for special Christmas orders, St. Nick wearing polka dots (a Nick Graham signature) will deliver straight to your door. 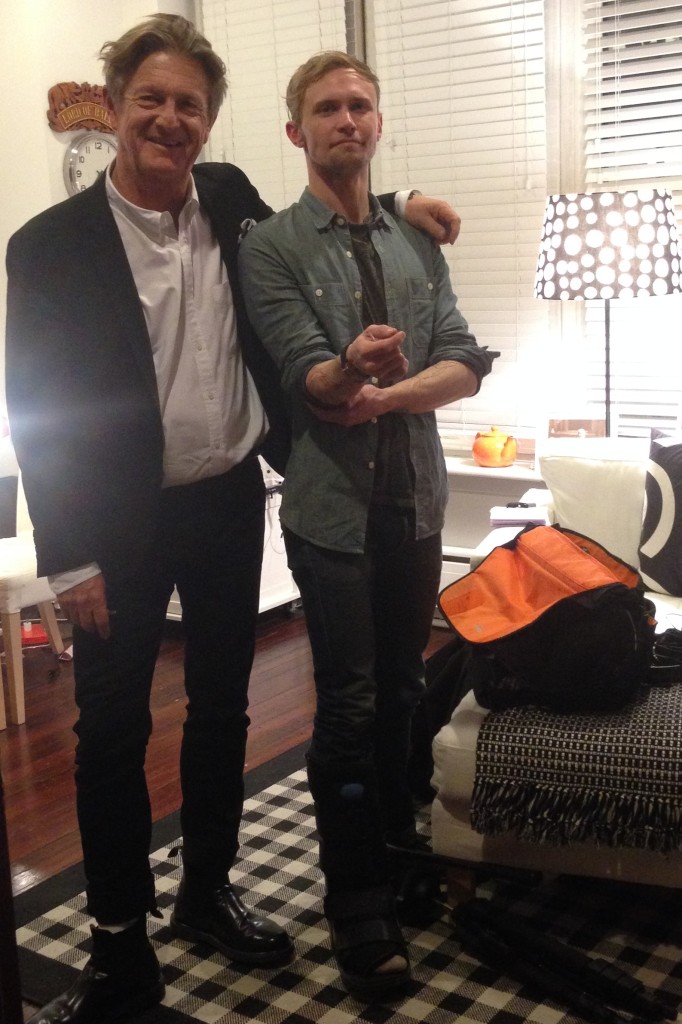 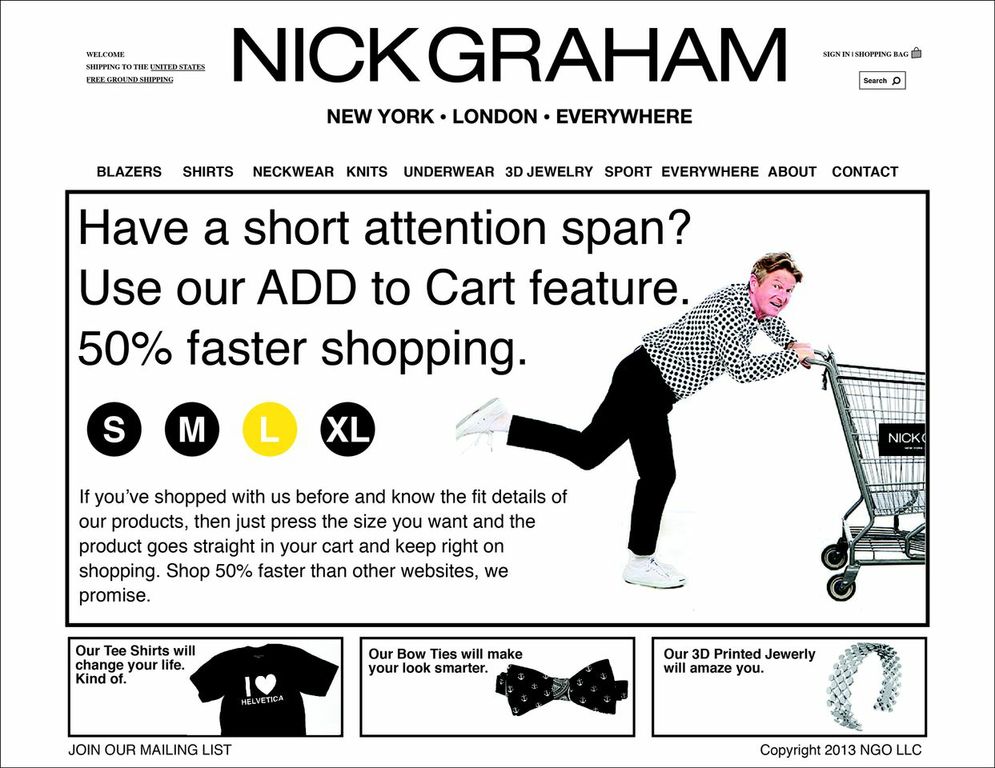 I’m waiting to see the first of the videos, and as soon as I can, I’ll post one or some here. We had a blast last Monday night. But the real fun begins when the Human Cannonball lands. Look out below! 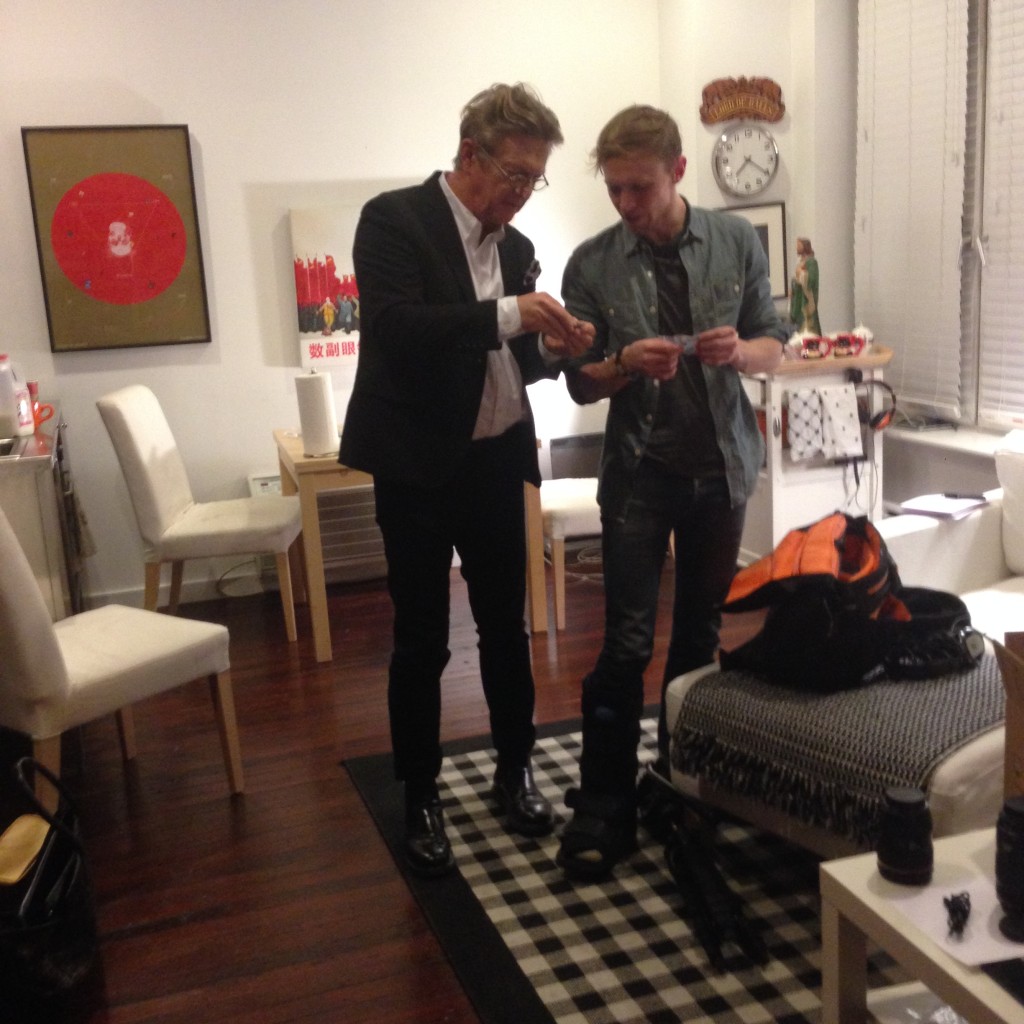 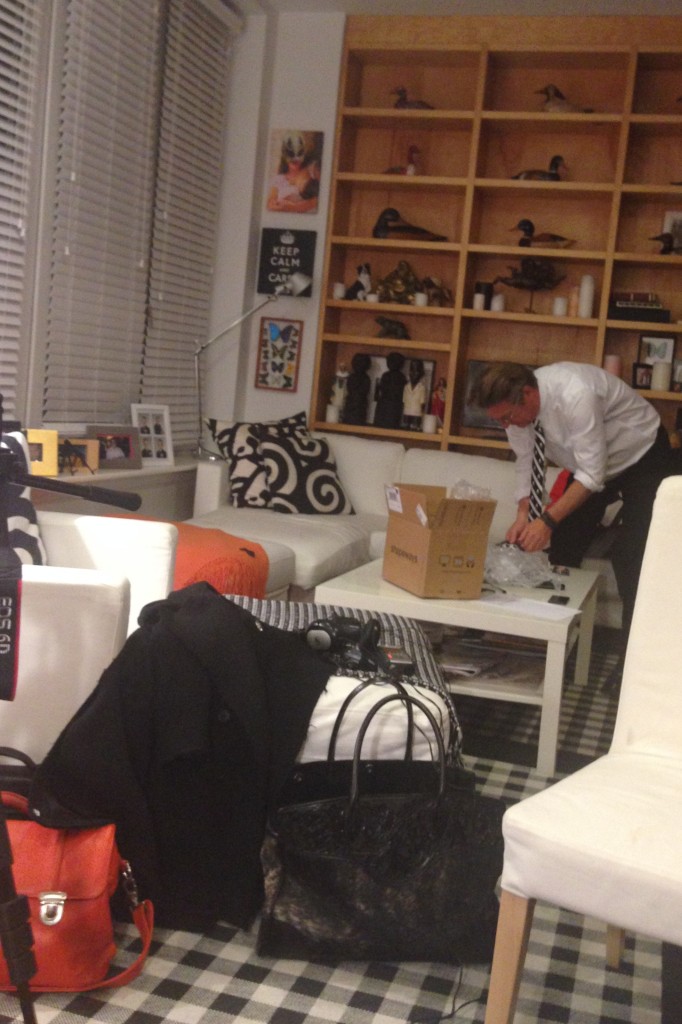 Nick getting ready for his video close up, amid some of his Mallard O’Quacker collectibles in his signature black and white decorated space