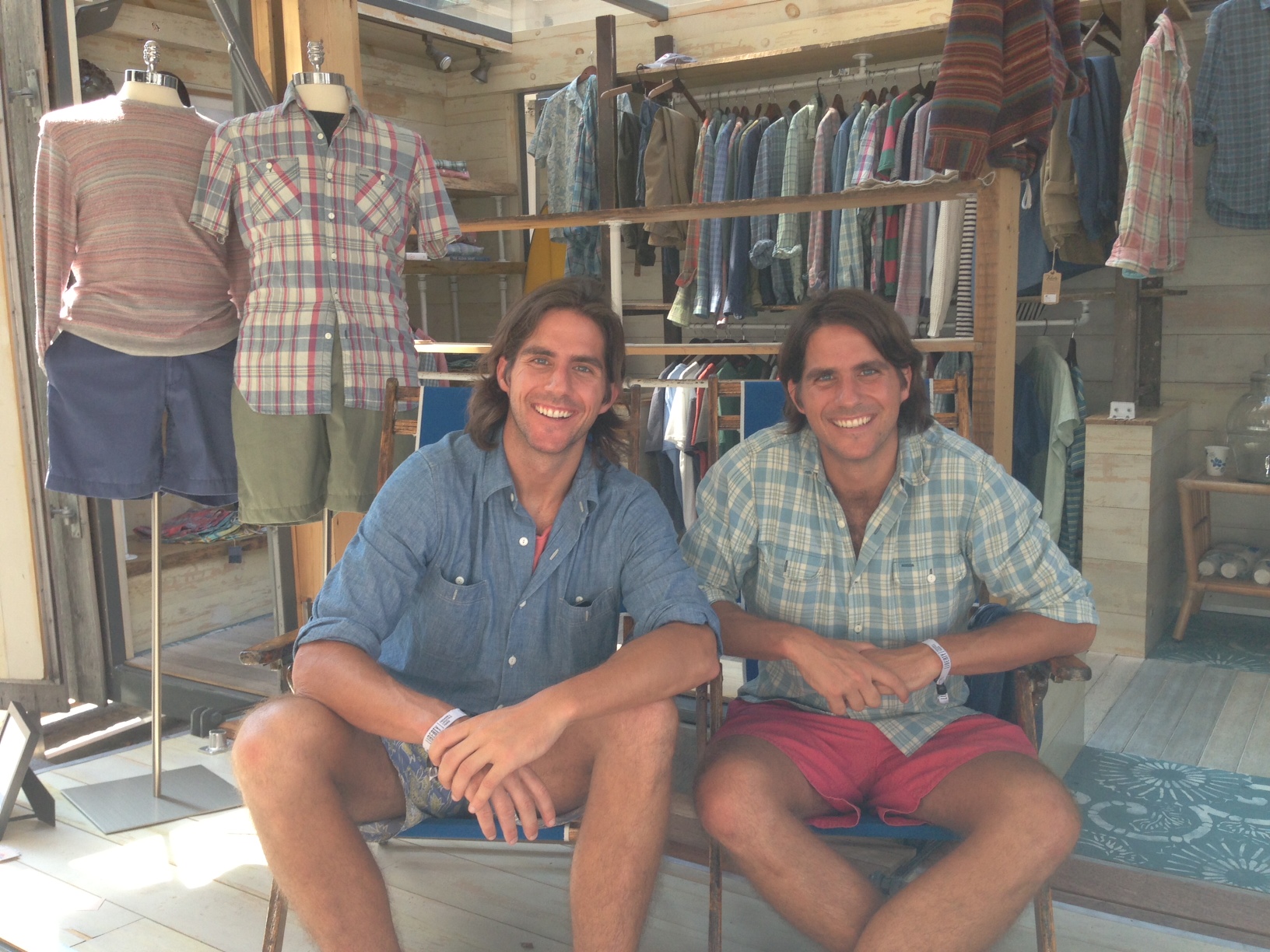 Alex and Mike Faherty, the geniuses behind Faherty Brand

Seems it didn’t matter much that I wasn’t able to hit Project  last week – the Liberty Fairs Trade Show more than made up for it. Liberty appears to have taken up the mantle of NYC’s hip new menswear trade show. That this new show’s founder is the former founder of Project — Sam Ben-Avraham — is no doubt why the latest incarnation rocks. And rocks hard. With a curated eye and definitive point of view, Liberty, held in the space where Project formerly showed in SoHo, was what Project should have continued to be. Intimate. Navigable. Easy to access. Concise. Cool.

The coolness factor hit before even before entering the show, as twins Alex and Mike Faherty (above) took in the street scene from their wood and glass encase portable trailer/booth. Their Faherty Brand clothing, a cross between Ralph Lauren and surf culture launched this past April, fit perfectly in its environment, composed of recycled “premium” materials that the twins promise is “ethically sourced and environmentally sound.” 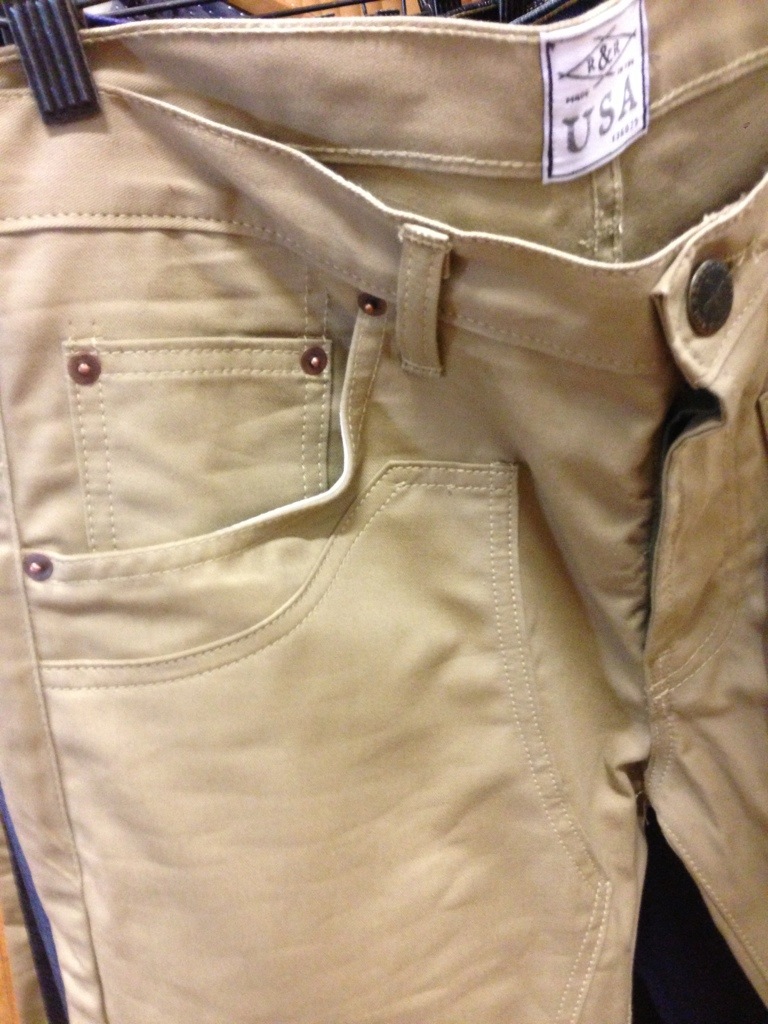 Her booth partner, Billy Moore, the Tennessee-based designer of Cause and Effect handmade belts and accessoires, was creating these artisanal bracelets and belts as we spoke. Loved them and wanted to shove all the bracelets he was showing onto my arms, especially the one covered with the turquoise coating. 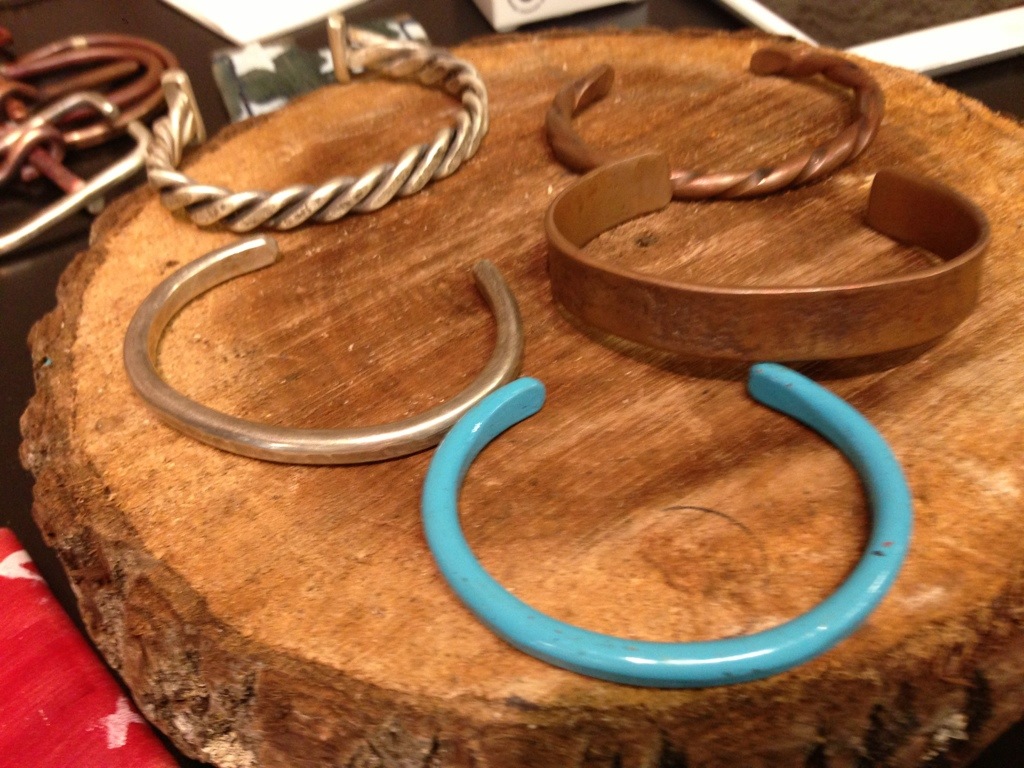 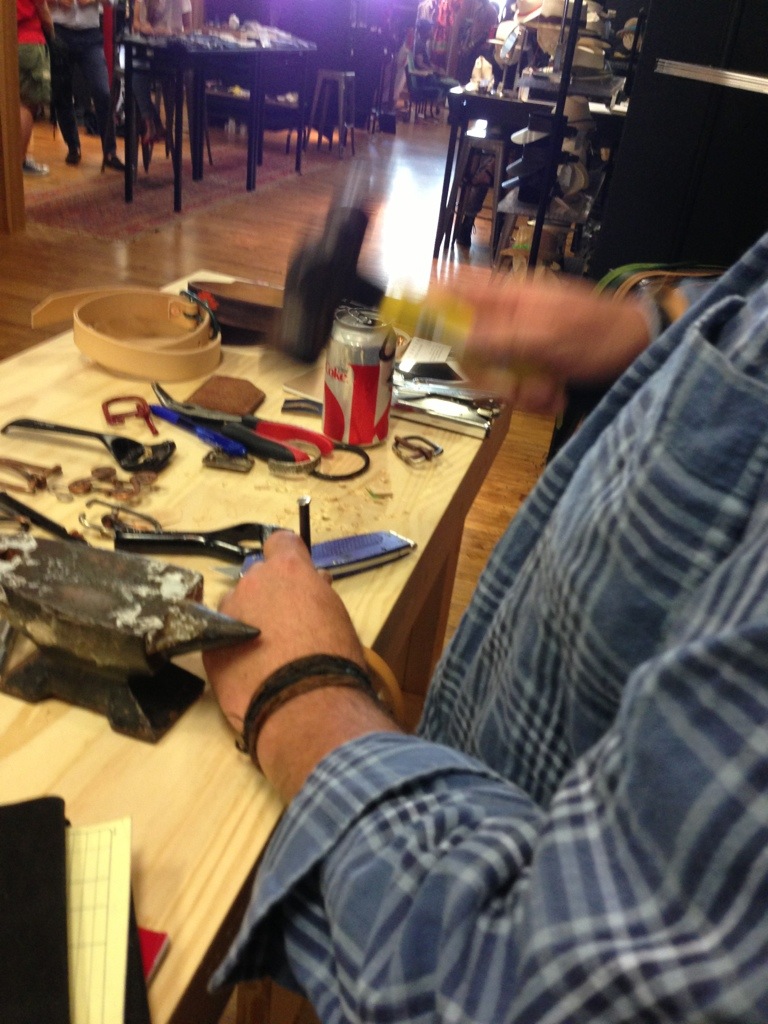 Other favs from the show – this colonial-style starred hoodie from Nisus Hotel. 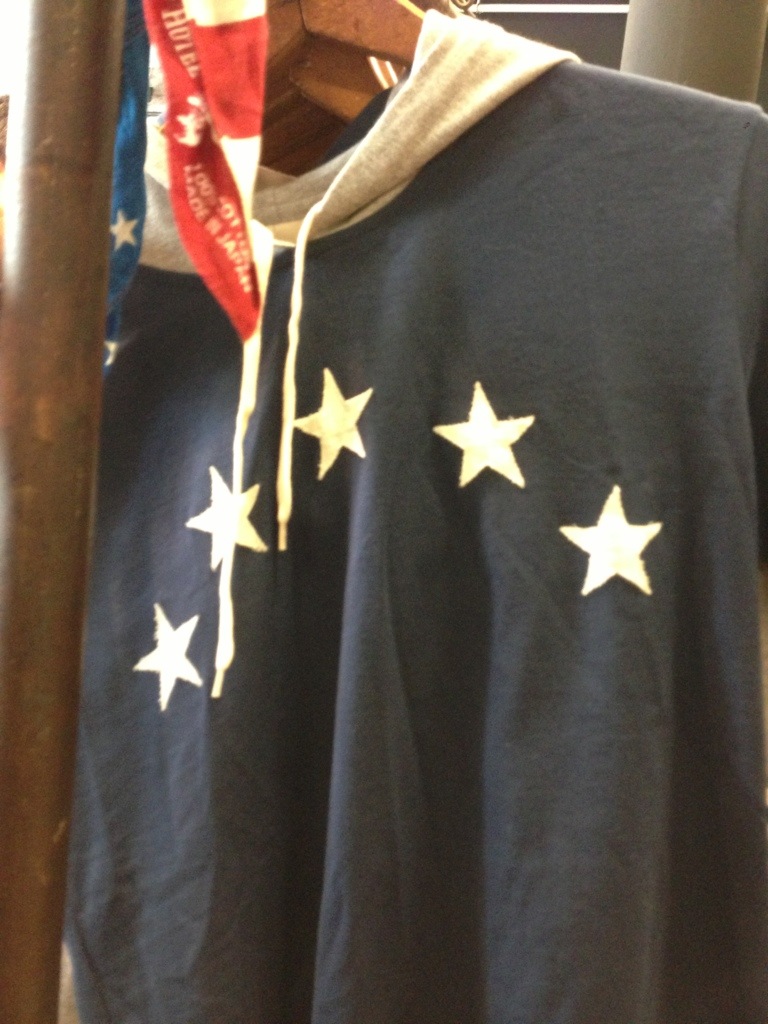 Indigo and tiny patterns on short-sleeved shirts from Farah Vintage (I know, RIGHT?!!!) fell into the trend play of the season. 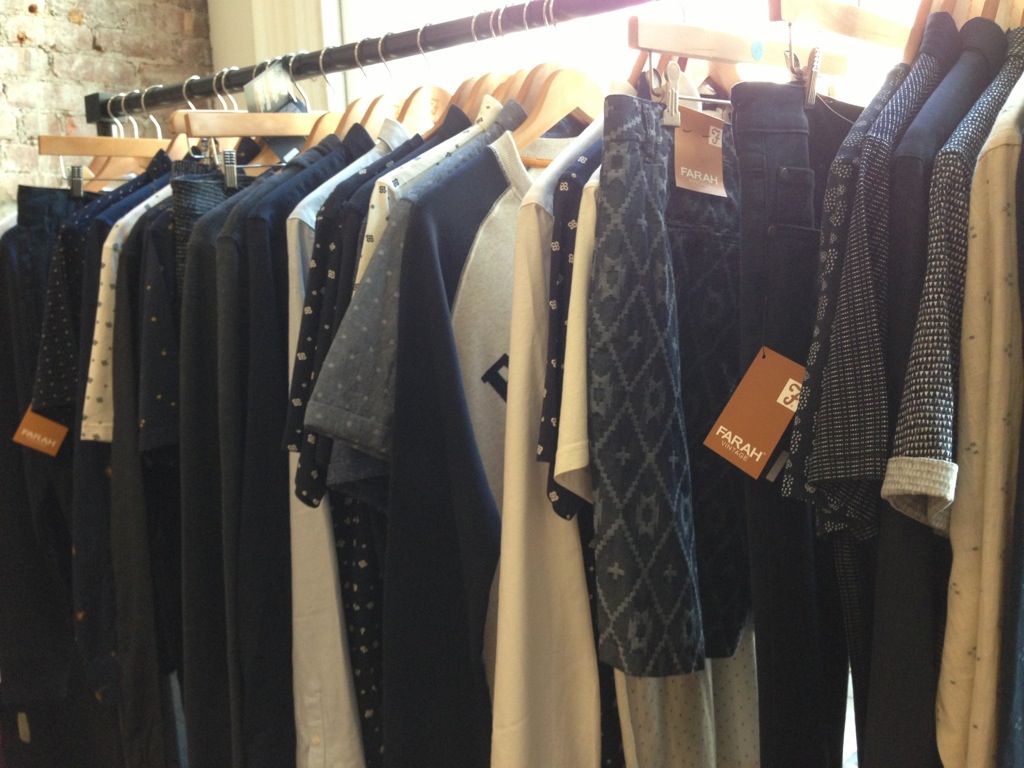 You know I can’t pass up a great leather bag, and Sandast delivered and then some with this modified doctor bag traveler. 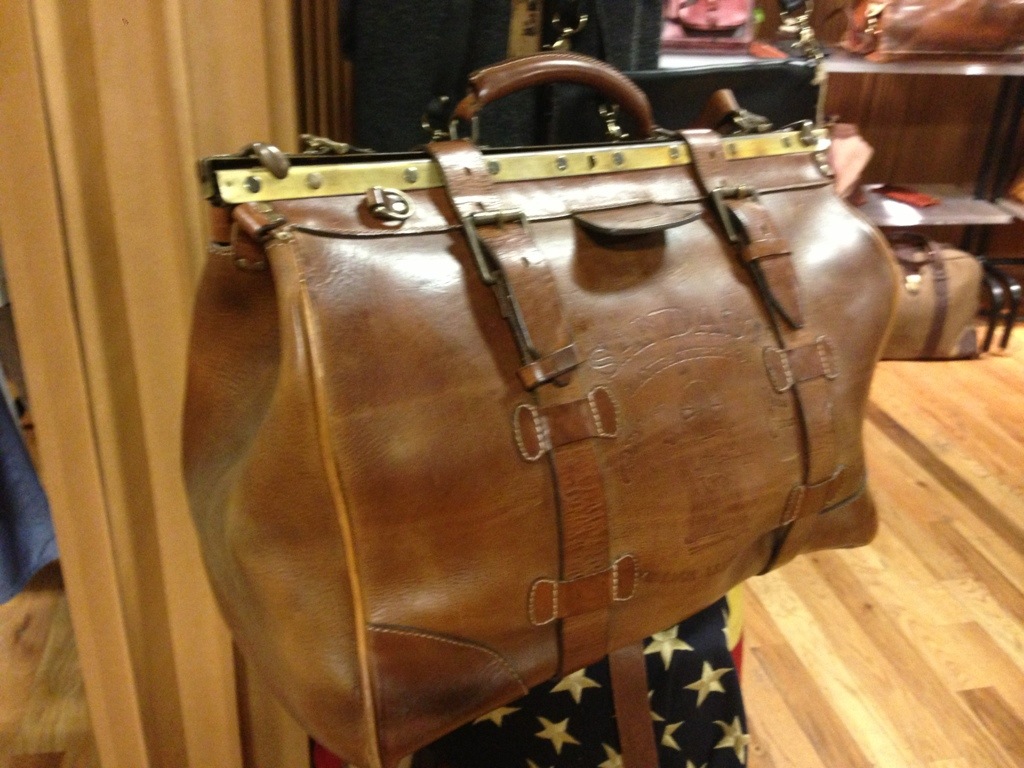 Just A Cheap Shirt (J.A.C.H.S.) promised the patterned shirt, as well as some great casual bottoms. 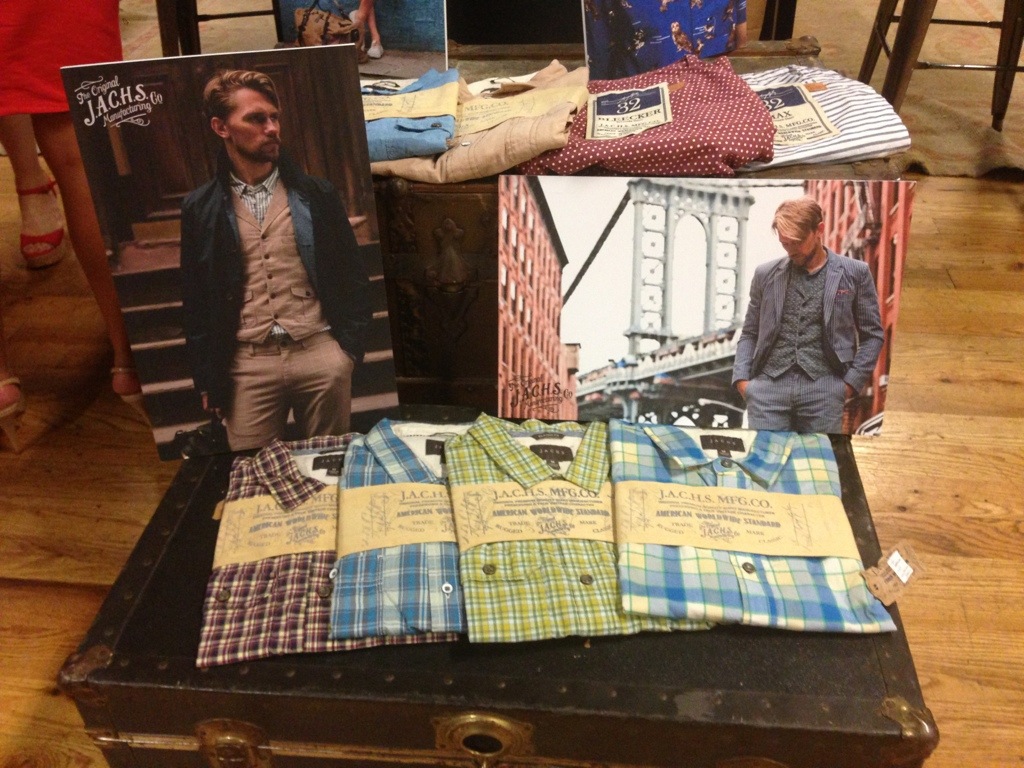 One of the coolest services offered at the show was the DIY product photo studio, below, where you could take anything you wanted shot and get the professional results of photo studio. I say four thumbs up, but that’s only because both my colleague and were raving about it. 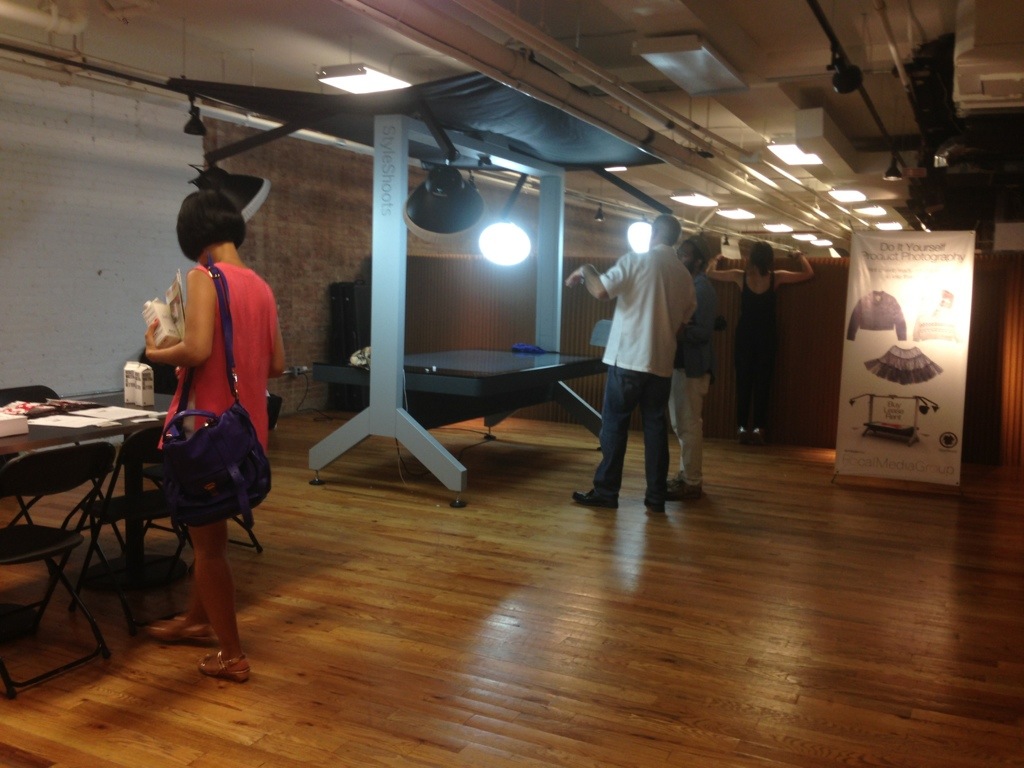 Okay, just cuz I love this jacket below and its mix of indigo with seersucker with stripes, dots, checks, chambray. I’m gonna do it, gonna include this shot. Just can’t remember whose jacket it is, though. Anybody???! 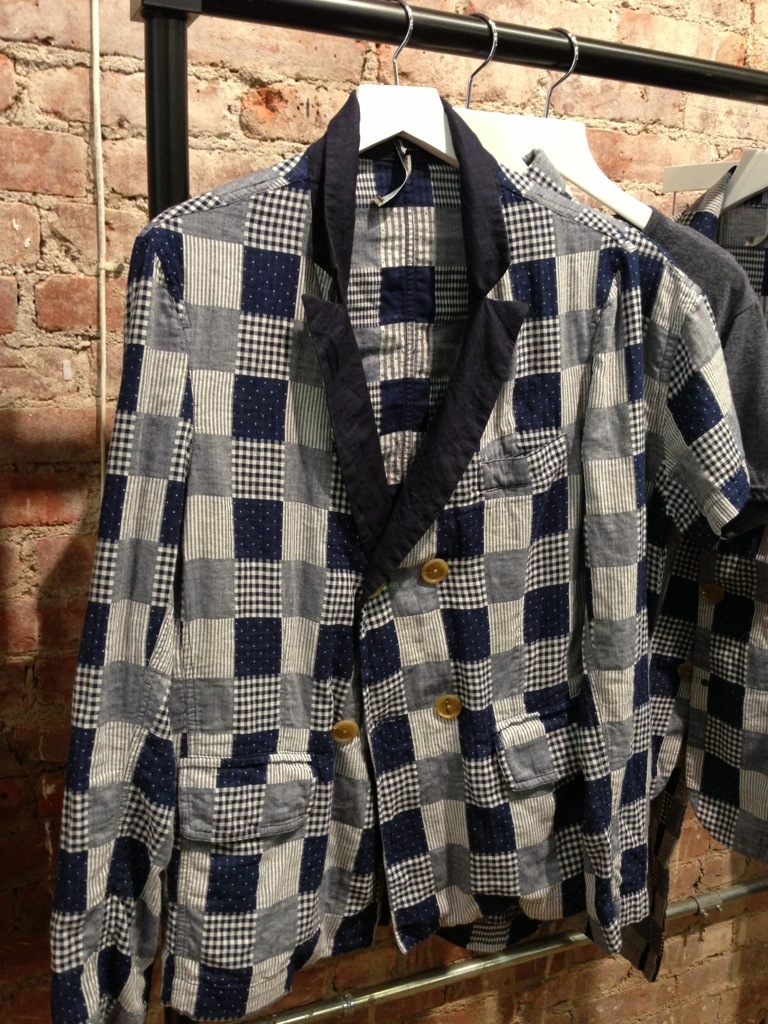