I always come away from the Capsule show and its faraway downtown destination at Basketball City in love with at least a handful of new menswear folk. This show never fails to enthrall me and every time I make the trek down to that South Street warehouse space sprawled along the East River, I know I’m going to come back excited by something, inspired by someone, drawn to stories of a new craft or methodology of design, possibly even with goosebumps adorning my arms. The curated list of guests — oops, I mean vendors! — could make up a who’s who of a new menswear museum, with curated heritage and authenticity the stalwart words of the day. This season was no exception and I walked around love drunk, doodling names of designers in my mind like a love-sick school girl. 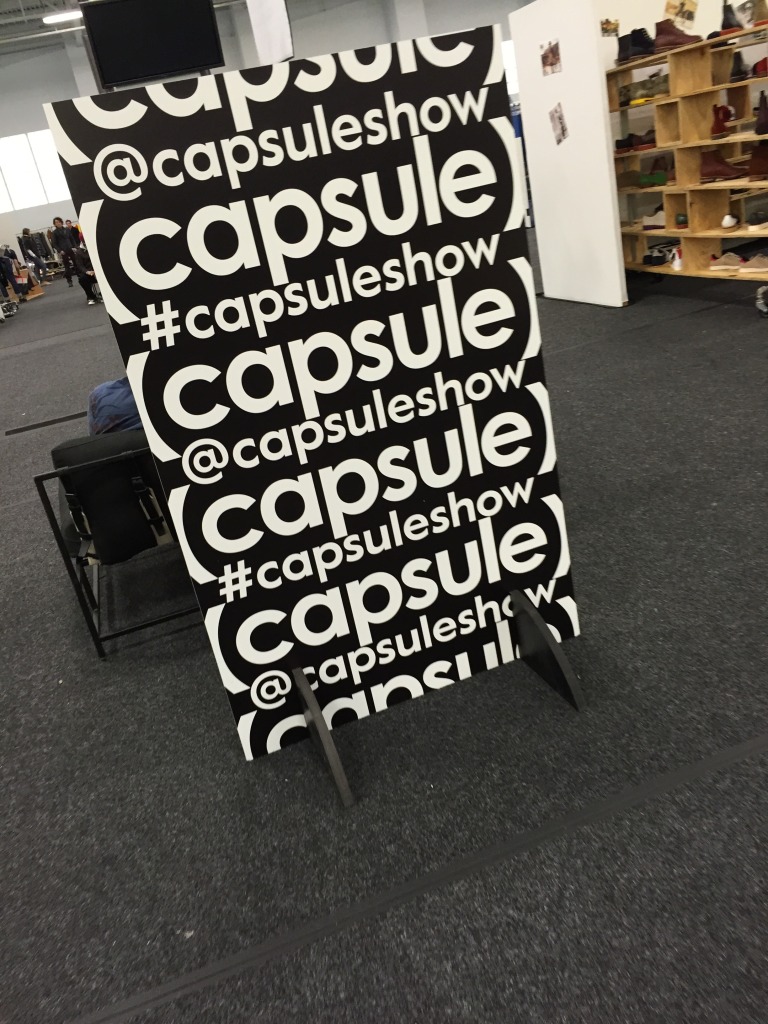 My favorites? Hands down Mark Peddigrew, whose initials MAP (that’s Mark Armstrong Peddigrew) inspired the appellation of his accessories and T-shirt collection, Cartography. His nomenclature is “Badass Jewelry for the Nostalgic Soul,” and it does take one back. This former roadie from Newfoundland who has toured with Rufus Wainwright and worked as a personal trainer, invokes the heart and soul of a poet and the trained hands of an artist. Peddigrew says he started off with making gifts for friends from found objects collected while scouring flea markets and estate sales on tour, then grew into a collection that is as inspired by his own love life as it is from the lyrics of Suzanne Vega, Leonard Cohen, Bruce Springsteen and the lines of e.e. cummings, his favorite poet. Peddigrew’s hand-carved wax cast hearts ensconce daggers that actually stab in and out, engraved on the blade with the words “Love” as well as “Fuck Off.” His necklaces speak volumes, whether they are mermaids with diamond-embellished tails, anatomical heart grenade pendants, entwined anchors or diamond-encrusted sharks’ teeth. Oh, and the tees? Continuing the lyrical theme, lyrics or lines are printed on the inside back neck and the best (my opinion!) has a screen print of the Chelsea Hotel. Peddigrew’s photo, naturally. 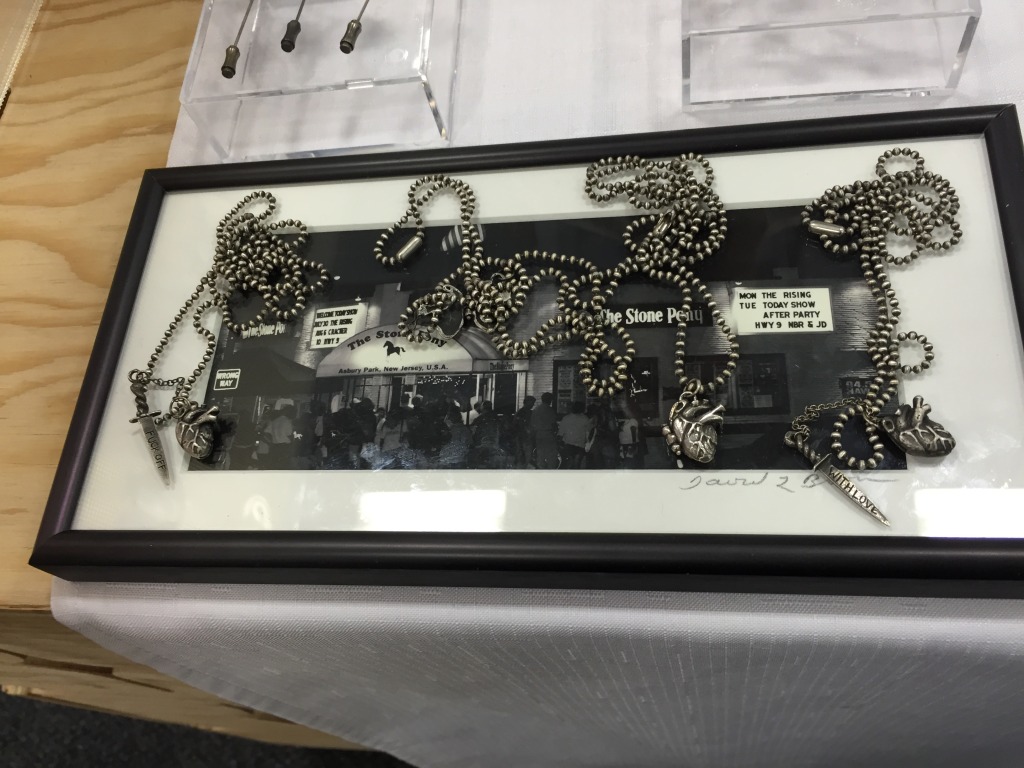 Heart and dagger pendants from Cartography 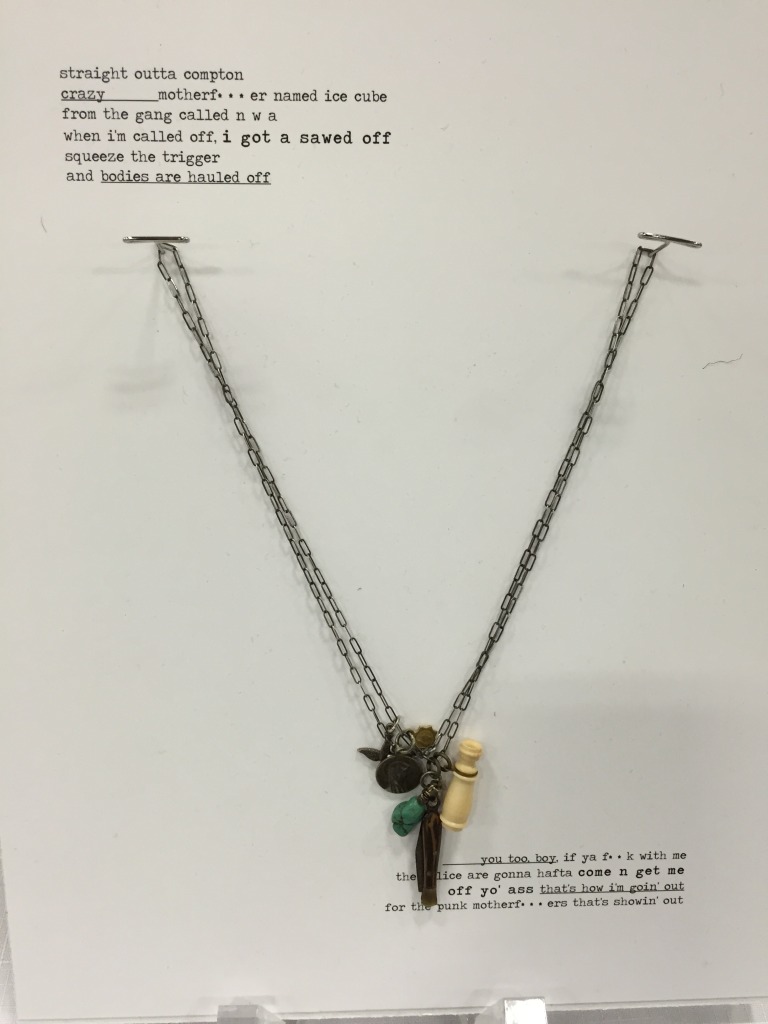 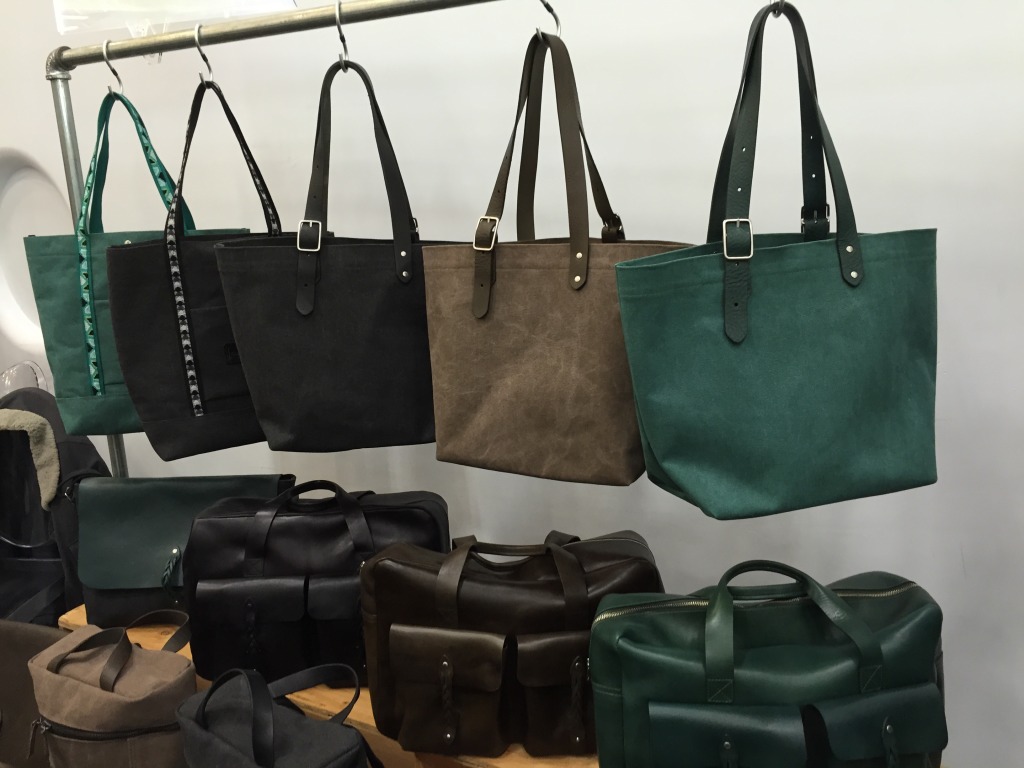 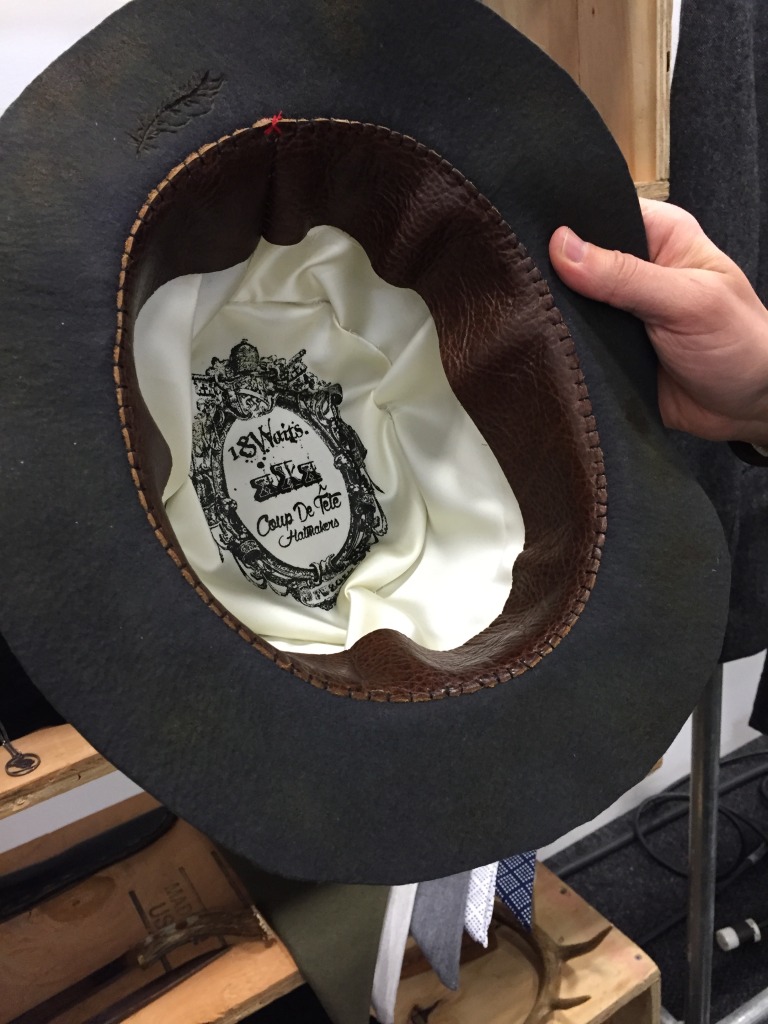 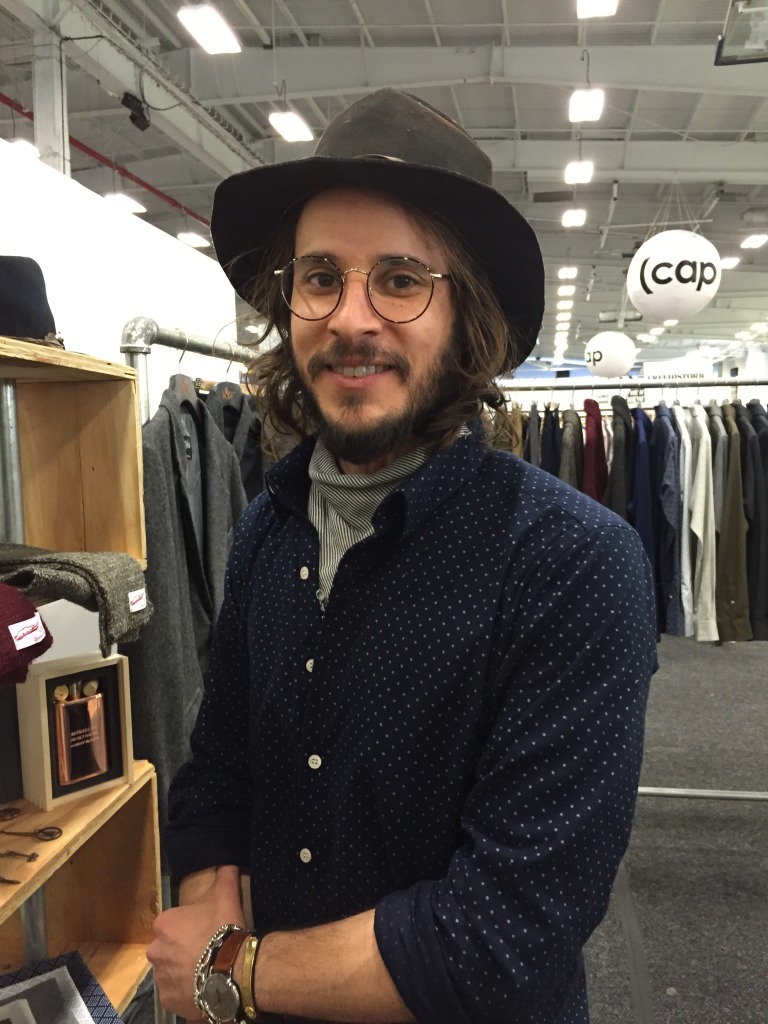 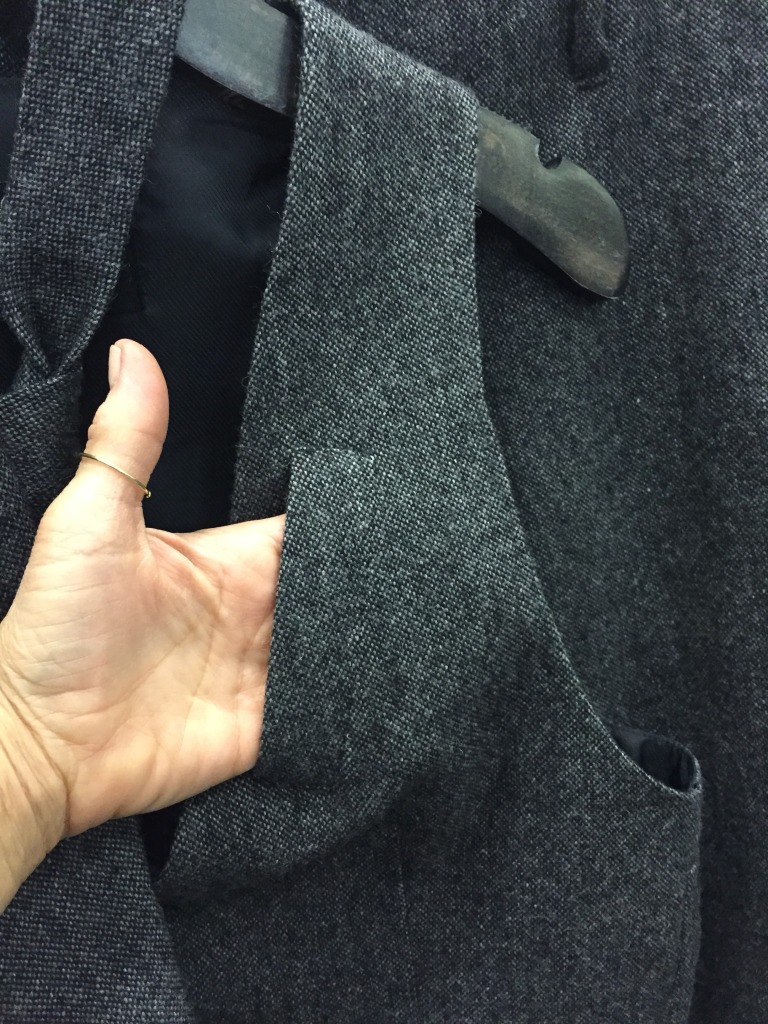 Unusual details on a vest at 18 Waits 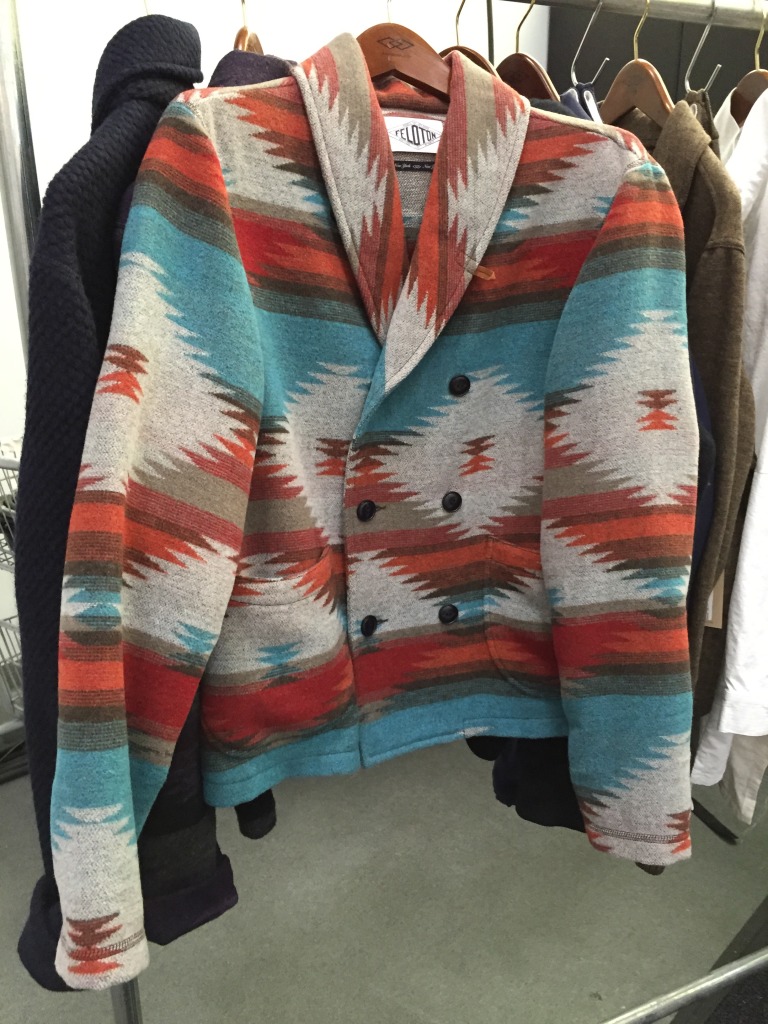 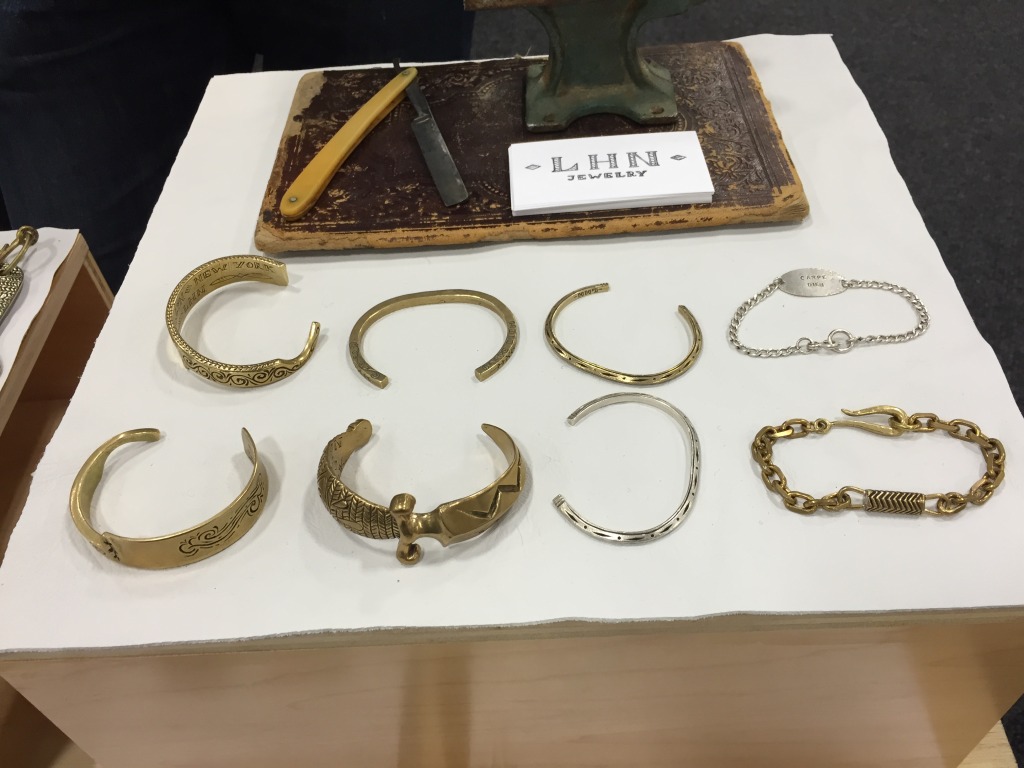 LHN Jewelry’s designer, the British-born Lewis Williams who is now based in Brooklyn, loves a good dagger, too

My East Village homies, sisters LaRae and Wendy Kangas, were on hand for the first time at the men’s Capsule, showcasing heritage vintage men’s styles and some funky denim quilts made by someone very near and dear to them.

I got the chance to meet the nicest footballer ever, Brent Celek, TE for the Philadelphia Eagles, who is part of the Revisit team as well. Revisit makes everyone on their team a quarter-back, since a 1/4 of their proceeds goes to helping fund our nation’s parks. Oh, and the bags and iPhone cases are sweet, too. 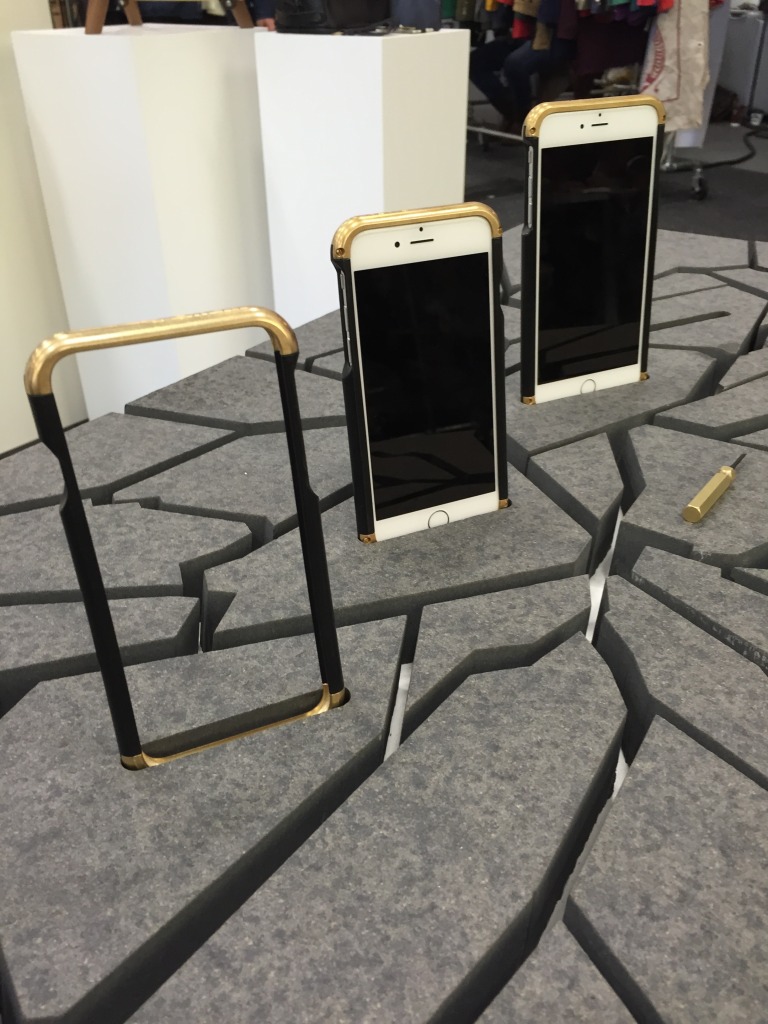 Revisit’s cool brass iPhone cases, like their own hardware gear 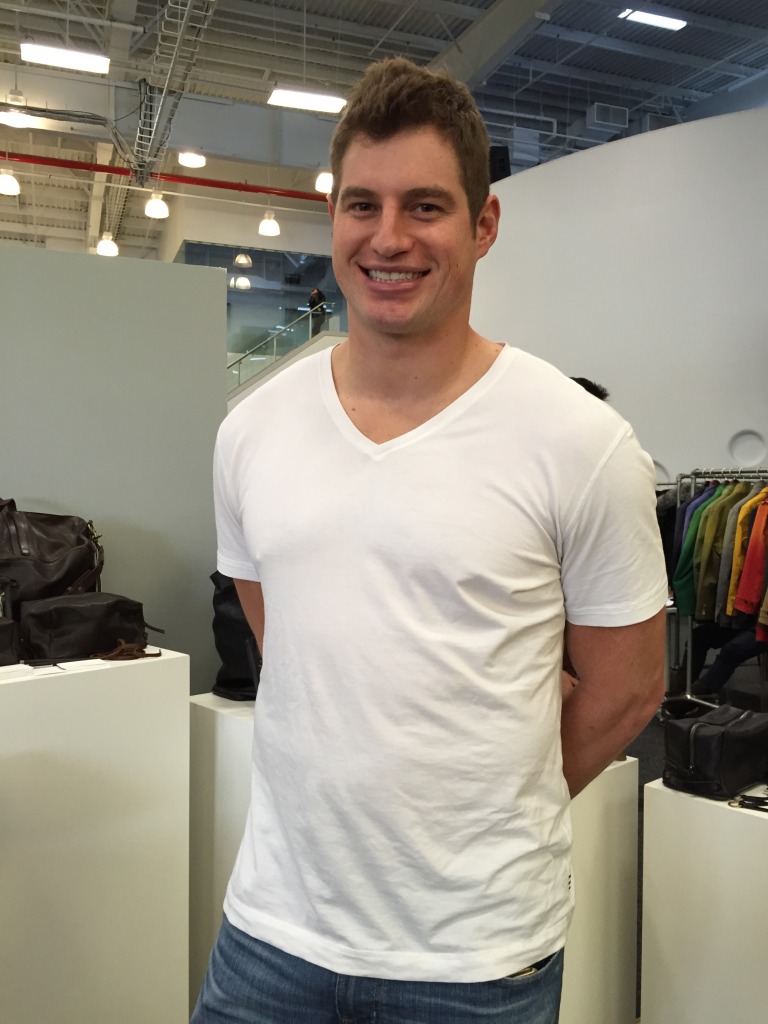 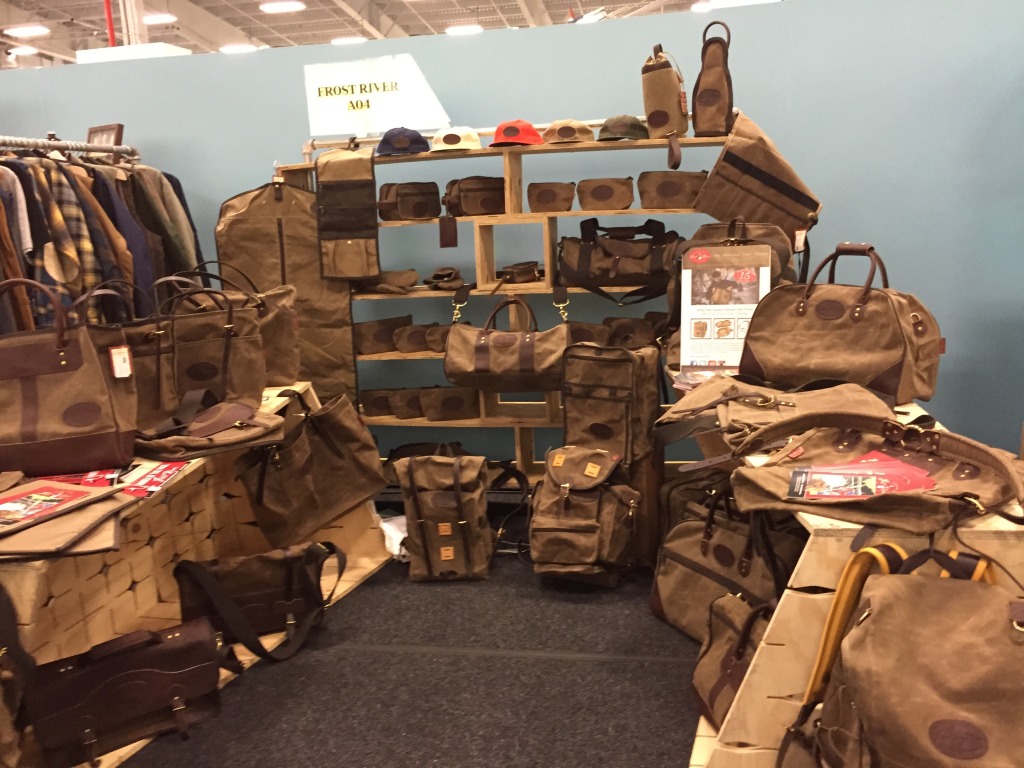