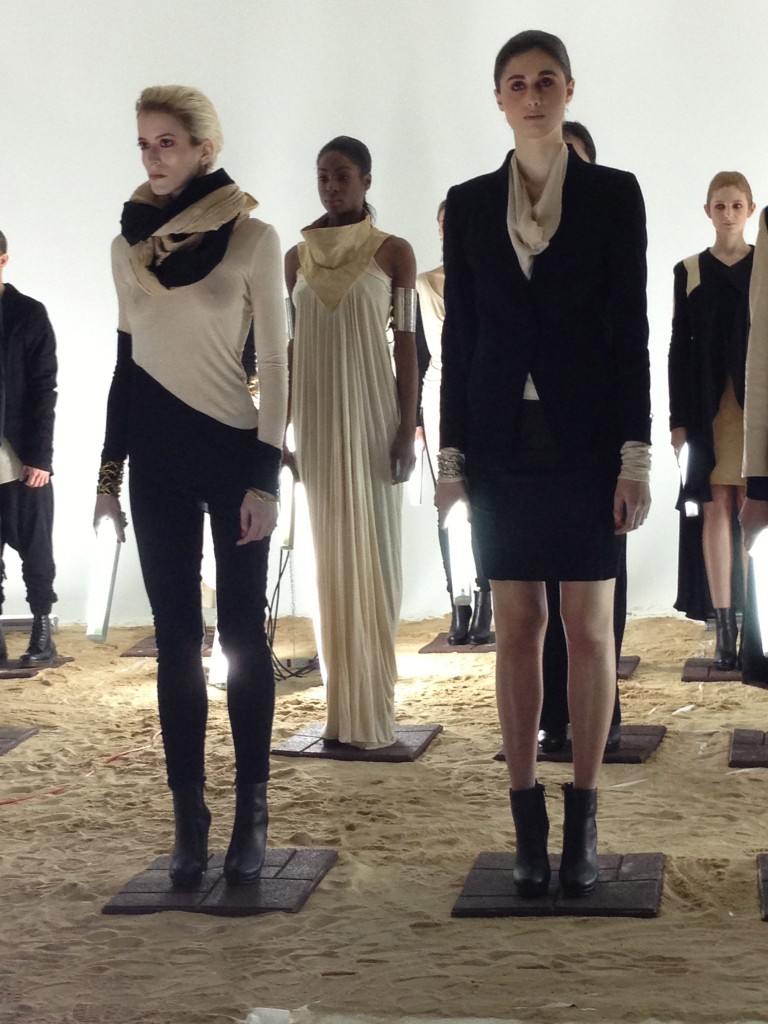 Wanted to share the vision of one of the downtown designer teams whose work I thoroughly enjoyed during New York Fashion Week. Designed by best friends Judson Harmon and Jordan Klein (they so sweetly thanked each as such in their show notes), ∅DD.’s “Leviticus” collection, a beautifully succinct and well-edited variation on a theme – 15 outfits for men, 15 for women – paid tribute to the look and feel of old bibles. When we spoke to Judson before the runway aspect of the design duo’s avant garde cello and art installation presentation at Industria Superstudios, he said he was totally enamoured with the old parchment in bibles and books that he collects and used this for a stain treatment within the collection. The co-designers called it “old ideals brought anew” in their run of show.

Perhaps not so oddly enough (Judson, after all, is designer, model, stylist and retailer), ØDD. not only designs its own fashion manifestations, but also sells like-minded designer clothing (Judson favors wearing Rick Owens and the like) at its Lower East Side boutique. I highly recommend checking out their sensibility on your next journey downtown.  (164 Ludlow St between E Houston and Stanton Sts; 646-559-0406, odd-style.com) 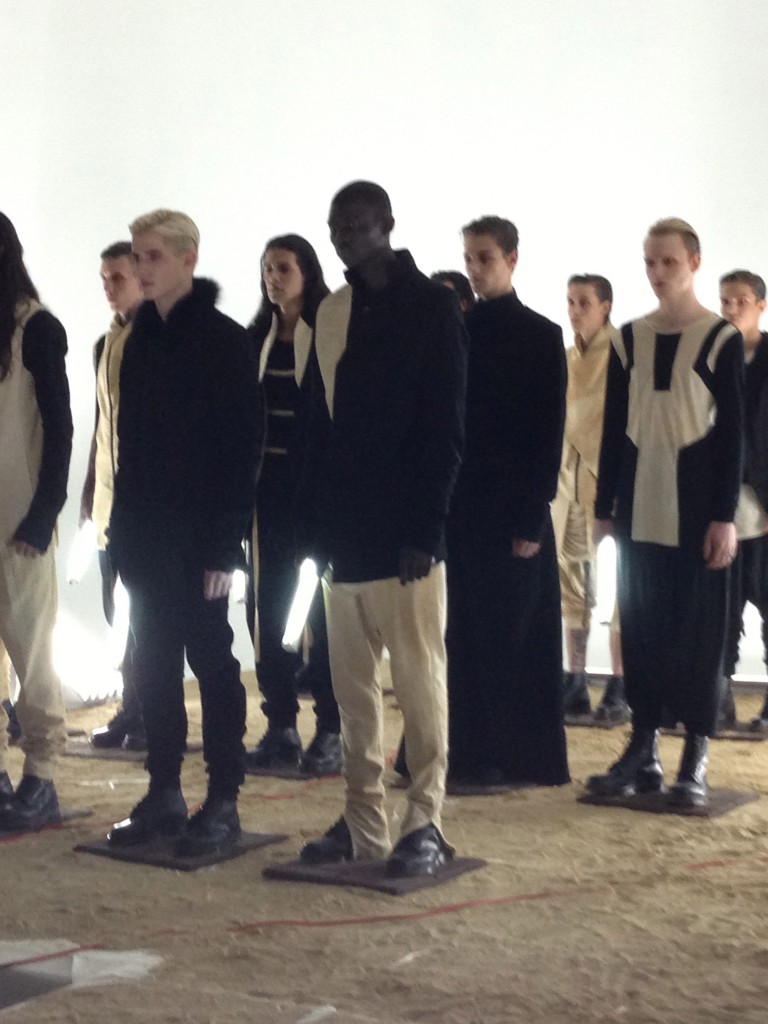