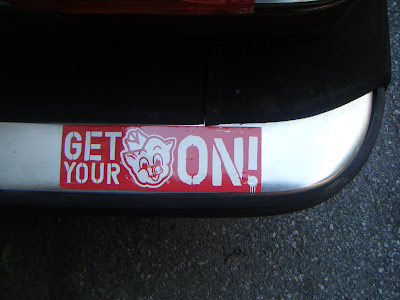 Brunch is absolutely our favorite meal of the weekend. No. Let’s re-phrase that…it’s THE favorite meal of the DAY. Okay, actually, any meal is the favorite, any time, ANY day, as long as it’s great food, delivered by sincerely sweet servers and sent out by seriously devoted and inventive chefs. Permanent Brunch seems to promise all of the above.

Permanent Brunch is a concept restaurant I’ve been waiting for what seems like years so far to open. Can we say baaaaaa-con? 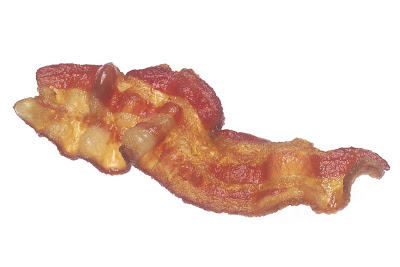 Artisanal bacon BAR, no less? The city seems to be going through a true pork-out phase these days, especially the EV ~ with the charcuterie platters from Cure and the Bourgeois Pig and the pork sammies from Porchetta just down my block on E7th 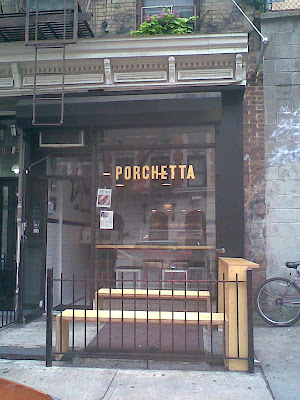 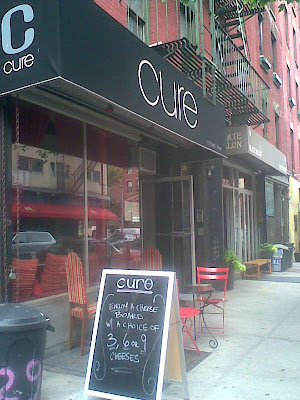 I am a true lover of pork ~ don’t forget, I’ve got those Southern roots from SC. One time, an ex-boyfriend accused us of creating a mirepoix of pork for southern breakfast at my sister’s ~ I think our recipe called for bacon, sausage and bits of ham. Oh yeah, and scrambled eggs throughout. Barbequed, pulled, fried, cured, chopped. Falling off the bone, sliced off the bone, gnawed from the bone. I loves me some pork. Years ago, we served pulled pork BBQ at our Isle of Palms wedding party, arranged just-so on the piglet’s cracklin’, crispy carcass. Piggly Wiggly (well, at least its name is pork-themed), Bessinger’s Barbeque and Maurice’s Piggy Park in Columbia (you can order for shipments anywhere in the country from their 800 number!) were high school and college haunts.

Even now, when we drive down to Charleston during holidays, my husband, P, and I are always on the lookout for the best ‘Q joints we can serendipitously come upon once we cross the Virginia border (you Southerners know what I’m talkin’ about…). Can we say, “beater Beemer with South of the Border bumper sticker?” 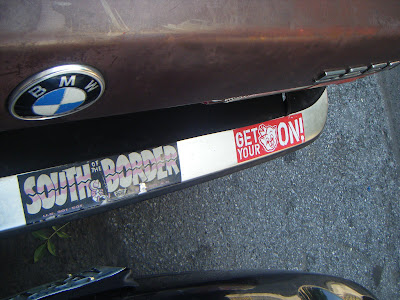 YESSSS!
In fact, when we found out about the two guys who “invented” bacon salt, we used to joke that we were going to open a full-on bacon boutique in the EV and call it “To Die For.” That joke died a cruel death itself after my doctor suggested I might want to start taking a statin. Anyway, I digress…as often.

For months, since reading of the anticipated permutation of Lesly Bernard’s pork-bar and ’round the clock brunch menu restaurant opening somewhere near First Ave and 6th Street, we’d been taking bets on which just-closed, recently being-renovated, or nearly newly-opened foodie place was going to be the awesomely-awaited Permanent Brunch. Now we know. We walked past Permanent Brunch last week while running hardware store errands and saw the door open, the name on the awning (aha! no mistake now!) and spoke with a guy who informed us the restaurant we’d been dying for would be open starting this next Sunday, April 2nd. The venue is 95 First Ave, west side, just below Little India’s 6th Street ~ they’re even open ’til 3 a.m. on Thursday, Friday & Saturdays!

Check out their menu: the fare looks tantalizingly taunting, with your obvious and my favorite usual brunch order of steak + eggs entré, but with a “PB Steak Sauce” (might this contain BACON?!) A starter of smoked salmon rillette sounds tres intriguing. There’s a drool-inspiring, open-faced omelet accommodated with 3 fillings (let’s see, does avocado offset bacon lardons + pork sausage?), but, honestly, I may just have to pork-belly up to the artisanal bacon bar, with choices as far ranging as from Texas, Missouri, Wisconsin, Illinois & Kentucky, in as many different manners of makings ~ sugared, peppered, smoked. We can’t wait to try as many mouthfuls of consulting chef Meg Grace’s southern inspirations.

I’ll be working the FAME fashion trade show at the Javits this Sunday for Nick & Mo(Booth 2218, if you’re in the biz!), repped by our friends Joni + Linda P at Orange Domino, so P and I’ll miss the first day. But, NEXT weekend, we have friends in town from Seattle and Boston and I have a feeling we’ll be waiting ~ yes, VERY impatiently! ~ to partake of the new Permanent porkness. My left arm is tingling as I speak! Cholesterol be damned!

One thought on “Permanent Brunch”