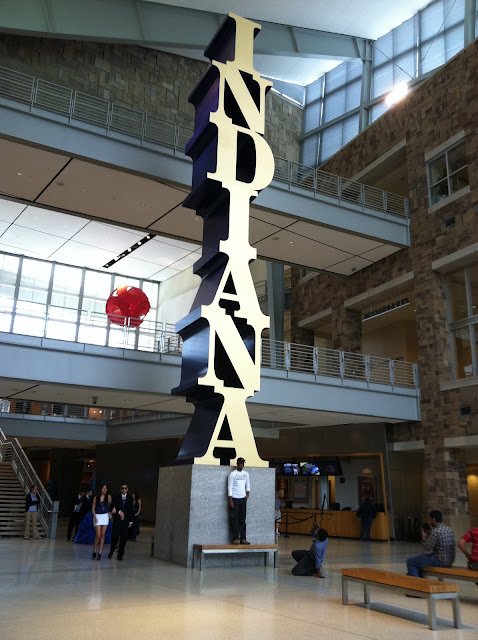 The 55-foot tall Indiana obelisk from Hoosier artist Robert Indiana guards the lobby of and welcomes visitors to the Indiana State Museum.

Indiana’s real name was Robert Clark (wonder if P’s related?!), hailed from New Castle (I was born either in New Castle or Green Castle, I can never remember which), and is probably best known for his LOVE sculpture, which also uses similar large block letters. In 1973, the U.S. Postal Service incorporated Indiana’s graphic design as the first “LOVE” stamp — you can see the canvas version in one of my previous posts from our Indianapolis Museum of Art visit.

Situated downtown next to the Eiteljorg Museum of American Indians and Western Art, the ISM sits on the beautiful canal corridor that weaves through the city, and was built of native Hoosier limestone, which, FYI, was used for New York’s own Empire State Building! 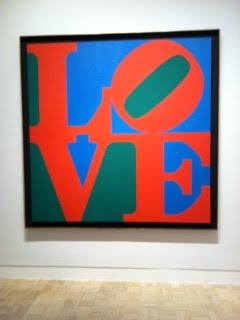 And a museum or two. The iconic and quintessential 70’s graphic art work at the Indianapolis Museum of Art.