Our world of strong, inimitable, fashionable, fun and funny women has been shrinking as of late, leading us into a new era, indeed.
The death of Phyllis Diller just the other day underscored what we have lost recently. It was a sad day for all of us who remember that laugh, those jokes, that delivery, that self-deprecation. Even that cigarette holder (P.S. Diller never smoked.) 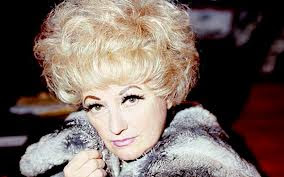 These women, icons all, paved the way for us younger gals, opening doors and shattering glass ceilings in the entertainment arena, changing repressed views on sex, dressing to educate, illuminate and entrance a jaded fashion crowd.

I never had the opportunity to meet the comedienne or the Cosmo magazine editor, but I used to catch glimpses of Anna Piaggi during the fashion shows, especially in Milan and Paris. I never saw her without her signature mini-clown hat and even included her in my novel, The Knock Off, at one point. 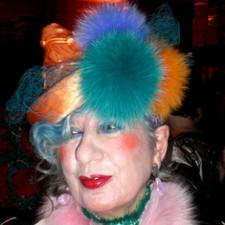 I will end with this funny, insightful anecdote my friend, the lovely Miss *M, found online about the late, great HGB:

Indeed, Brown championed office sex. “I’ve never worked anywhere without being sexually involved with somebody in the office,” she told New York magazine in 1982. Asked whether that included the boss, she said, “Why discriminate against him?” 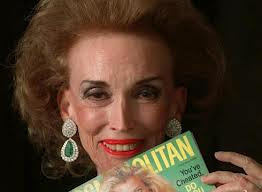